10 Facts About The Nissan Qashqai 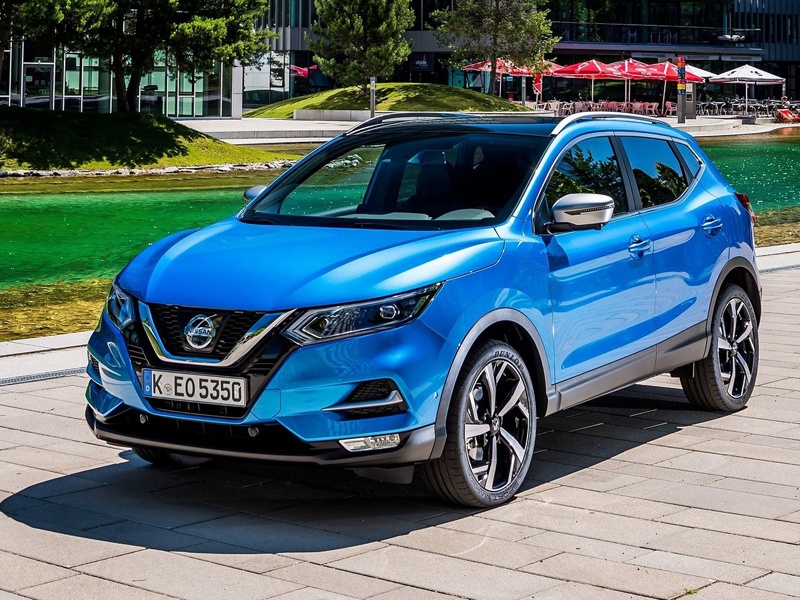 Since its launch in 2007, the Nissan Qashqai has won over the hearts of the nation with its quirky styling, ground-breaking technology and quintessential British roots.

To celebrate, Nationwide Vehicle Contracts has put together a list of top 10 Nissan Qashqai facts, containing everything you need to know about the UK’s favourite crossover.

Nissan Qashqai – we salute you!

The Nissan Qashqai first burst onto the UK scene in 2007 after making its global debut at the 2006 Paris Motor Show. Originally designed to replace the Nissan Mistral, the Nissan Qashqai has grown to become one of the UK’s most popular compact crossovers, with more than 39,000 sales in the UK in 2010.

The Nissan Qashqai (pronounced “Cash-Kai”) is named after the Qashqai tribe in Southwestern Iran but in Japan and Australia, the Qashqai is actually called the Nissan Dualis. This was chosen out of fear that Australians might call it the "cash cow".

The Qashqai was the first model to be styled by Nissan Design Europe in London with engineering development led by Nissan Technical Centre Europe (NTCE) in Cranfield, Bedfordshire. The Qashqai is one of two Nissan models produced at Nissan’s Sunderland plant since December 2006.

Since its launch in 2007, the Nissan Qashqai has become famous for its funky 4×4 styling, impressive comfort levels and generous specification.  The Qashqai was designed to cater for buyers who wanted a more dynamic design, without the large, aggressive nature of a traditional SUV.

Following the success of the Qashqai, a larger 7-seat version – known as the Nissan Qashqai+2 – was launched in 2009. Boasting the style and charisma as the standard Qashqai but with the added benefit of two extra seats, the Nissan Qashqai+2 has become a popular car choice for larger families, as well as parents often on the school run.

In 2011, Nissan updated the popular Qashqai range with the introduction a new N-TEC+ model. The new model features a brand-new technology called ‘Around View Monitor’ – an advanced 360° camera that generates a virtual bird’s eye view of the Qashqai, aiding parking and low-speed manoeuvres. A new 1.6 dCi engine was also introduced to replace the previous 2.0 dCi engine.

The new Pure Drive variant has made the Nissan Qashqai one of the most environmentally efficient cars in the Nissan line-up. A weight reduction, the adoption of aerodynamic wheel covers, the fitment of low rolling resistance tyres and the lengthening of the final drive ratio all work to maximise the Qashqai Pure Drive’s efficiency, with CO2 emissions set at an impressive 130 g/km and a combined fuel consumption of 57.6mpg.

In its first year alone, the Nissan Qashqai bagged more than 13 car awards, making it a firm favourite amongst consumers and critics alike. More recently, the Nissan Qashqai has added the 2011 What Car? ‘Used Car Of The Year’ and ‘Green Crossover’ awards to its extensive trophy cabinet.

In June 2011, staff at Nissan Sunderland Plant celebrated the production of the one millionth Nissan Qashqai which was driven off the production line four years, six months and 23 days after production first began on December 5, 2006. The landmark cemented the Nissan Qashqai’s position as one of the most successful British-built cars ever.

Following the production of the millionth Qashqai, Nissan confirmed it will continue to support the UK economy by securing 6,000 jobs, as well as investing a whopping £192million in the economy. From 2012 the company will produce the lithium batteries used to power the all-electric Nissan LEAF in the UK.

With fantastic leasing offers available on the Nissan Qashqai contact us today to get an instant quotation on any model in the Nissan Qashqai line-up by calling us on 0345 811 9595. Talk to a member of our Customer Service team to find the right deal for you.