10 Years of the Qashqai 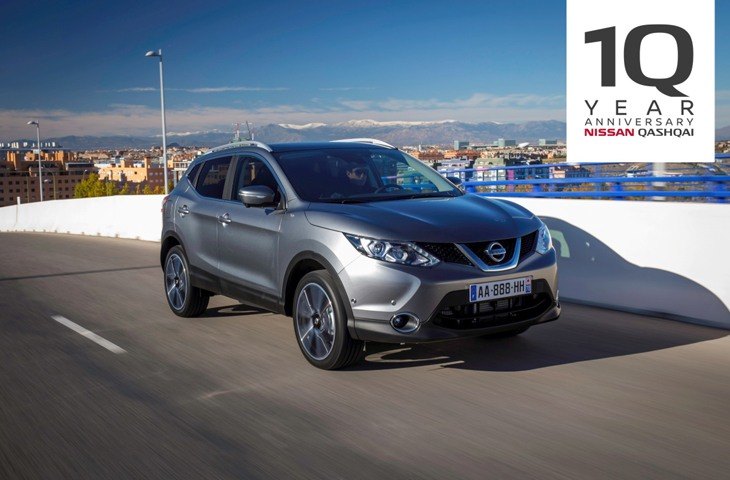 It’s hard to believe the Nissan Qashqai has been available now for a decade, but as it arrived on these shores back in 2007 as one of the first urban crossovers, it’s true.

It immediately gained kudos and praise in the new segment that it itself had helped to create, and today, it remains the UK’s best-seller in that segment.

So let's take a look at the history of the car which can legitimately claim to have changed the face of European motoring.

When the Renault-Nissan Alliance was formed in 1999 with the ultimate aim of transforming Nissan's European product portfolio, and designers were tasked with creating a new car to help do this. Initially it was expected that a new Almera would have been what evolved, but the figures didn't add up, and the excitement just wasn't there either. 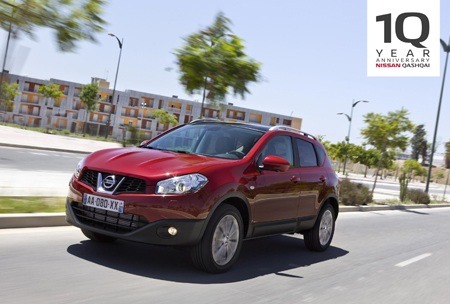 With a 25-strong team of Nissan engineers set up in the brand’s technical centre in Japan, and with Sports Utility Vehicles (SUVs) rising in popularity, Nissan decided to break down any reluctance to ownership of an SUV by "taking the best bits of a family hatchback and adding the elements of SUVs that are most attractive to customers. And so, the idea of the first ‘crossover' was born.”

Research prior to development "focused primarily on assessing the viability of creating a vehicle that would be a baby brother to the popular X-Trail – something with the desirability, practicality and versatility of an SUV but with the size, driving dynamics and running costs of a family hatchback." And a design proposal from Nissan Design Europe (NDE) became the 2004 Qashqai concept car.

For the production model, the selected exterior came from Nissan’s Global Design Centre in Japan, and the interior from Nissan Design America, before final refinements to 'European-ise' the car were made at NDE to make the designs perfectly fit the needs of European customers.

With no previous cars to follow, and no competitors (as yet) to consider, Nissan had a clean slate to work from, and so the higher seating position, larger wheels, ground clearance and passenger car-inspired centre console configuration was born to appeal to car and SUV drivers.

The car was unveiled as a concept at Geneva Motor Show on 2 March 2004, with the name deriving from the name of a tribe in Iran, alluding to the car’s positioning as an ‘urban nomad’. Admittedly, there was initial derision as to both the name and the "strange new SUV/hatchback hybrid," with Peter Brown, Vehicle Evaluation Manager at Nissan's European Technical Centre (NTCE) explaining: “Many of the articles had the same reservations that we'd met from within the business – did a crossover really represent the best of both worlds, or simply fall short of the mark for both hatchback and SUV drivers?”

But Nissan stayed confident in the product, and in its future, with the Qashqai replacing both the Almera and the Primera in product lines, and the Nissan plant in Sunderland was chosen as production factory, to great rejoicing in the area. 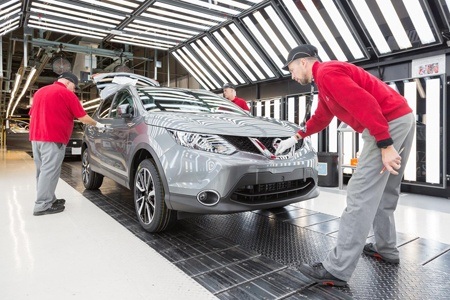 At the 2006 Paris Motor Show, the world’s first urban crossover production car made its debut, complete with 1.5-litre diesel and 1.6-litre petrol engines in addition to the 2.0-litre engines used on X-Trail to highlight the way that the car should be used.

Journalists were initially sceptic, but when the Qashqai went on sale in February 2007, it was a hit with customers from the very start, and by the end of that year, more than 100,000 Qashqais had been sold in Europe, with the UK buying 18,000 of them to make it the Qashqais biggest market.

The awards started to flood in, with 14 in the first year alone, with 'Car of the Year' titles in abundance alongside SUV and urban car sector wins; but Nissan didn't stop there.

In 2008, a seven-seat version – the Qashqai+2 – was launched, eventually selling more than 235,000 in Europe, and by 2010, Nissan had sold a staggering 1.2 million Qashqai across Europe - so they launched and updated version which showed off design enhancements as well as technological improvements the innovative Around View Monitor 360° parking camera technology.

2014: How to improve the class leader 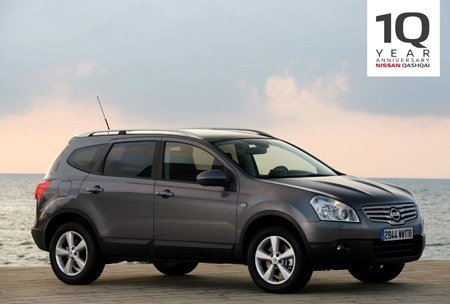 The second-generation Qashqai was unveiled at an event in November 2013, making its motor show debut at Geneva in March 2014, with a longer length (yet keeping it compact), sleeker lines, more athletic exterior, higher quality interior, and range of new technologies on offer that included Nissan's Safety Shield systems with incorporated Forward Emergency Braking, Driver Attention Alert and Traffic Sign Recognition.

The prestigious ‘Car of the Year’ 2014 title from What Car? followed, and that itself followed by the Best Small SUV award in 2015 and 2016 as well by the same publication. Since 2014 the second-generation Qashqai has sold 700,000 units in Europe.

"Today the Qashqai is the perfect expression of Nissan’s brand promise – Innovation & Excitement for Everyone" - and the Sunderland production plant has been working three shifts a day for almost six years to keep up with Qashqai orders.

As Steve Fowler, editor-in-chief of UK magazine Auto Express, commented: “The simplest ideas are always the best, and what's not to like about taking the premium, sought-after SUV style and driving position, then applying it to a smaller, more affordable model. The Qashqai has continued to set the standard by which rivals are measured - great to drive and to be in.”