Lovers of automobile history will be delighted to see that the all new Defender tour that has opened at the Land Rover Solihull plant to help celebrate one of the world’s most iconic vehicles has an authentic replica of the production line used to manufacture its first 4x4 in 1948.

The ‘Defender Celebration Line’ is just part of much of the innovative new visitor attractions there that Land Rover hope will attract over 20,000 visitors this year as it re-creates in detail how the first Series I Land Rover was built at the Solihull manufacturing plant just after the Second World War as well as showcasing replica models in various stages of production, each one meticulously built using identical parts and in precisely the same way as the original Series I.

Jaguar Land Rover Heritage Director, John Edwards, says the heritage line will take visitors back to the beginning of the world’s most famous 4x4 manufacturer at the start of a year of celebration that sees the Defender enter its final year of production in the UK. 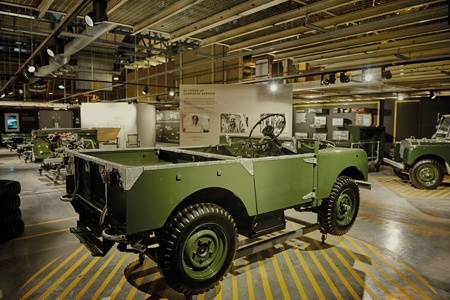 "Land Rover has a rich heritage based around the Series I and Defender models, and we wanted to create something extra special that would give visitors and enthusiasts a unique insight into how it all started back in 1948.

“It has been a huge task to recreate a production line from almost 70 years ago, from sourcing original parts for the Series I models, to authentically re-creating the working environment and uniform of employees who were here. The team involved has been meticulous in their research, planning and creation of what is a fitting tribute to the legendary heritage of Land Rover.”

Part of the display that is particularly interesting is the fact that it shows just what life was like on the production line back in the late 40's in the post-war years, and uses original tools and a draftsmen’s drawing board. Visitors to this area are asked to wear authentic overalls known as ‘cow gowns,’ and there is a chance to see a specially created video(using previously unseen video footage) that tells the tale of the creation of the original Series I by Land Rover founder Maurice Wilks. 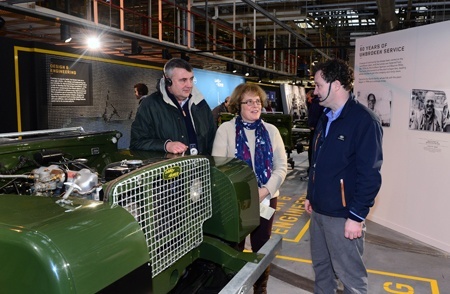 It has certainly been a labour of love to put the whole thing together, with Land Rover turning to Phil Bashall, one of the world’s leading Land Rover enthusiasts and restorer and curator of the famous Dunsfold Collection of historic Land Rovers, to help them in the creation of the production line vehicles. Phil was only 13 years of age when he built his first Series I Land Rover, and described just how difficult it was once Land Rover told him of their plans to build a full replica 1948 production line.

“It’s been a struggle at times, but a real labour of love to source all of the original parts needed for vehicles that stopped production so many years ago.”

Phil had to delve deep into his own collection of ‘nuts and bolts’ that he had tucked away in his own ‘Aladdin’s Cave’ of over 8,000 original Land Rover parts , but he had to enlist the help of skilled craftsmen and the Land Rover Series I Club to help in the long and painstaking search to find all the brakes, clutches, gaskets and pedals required, not only for the main exhibit but also to build a replica chassis for the Series I models; for which he also had to hunt down some of the aluminium bodywork for the vehicles. 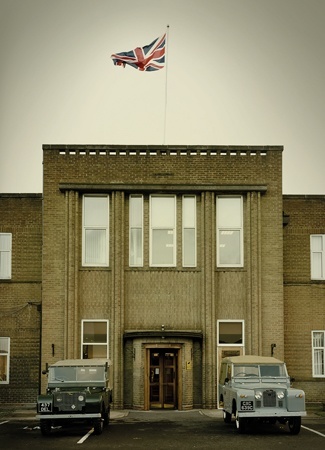 Once all of the parts had been collected over a period of months, the task of putting together the automobile jigsaw began as Phil and his mechanic too five long and time-intensive weeks to build the five Series I models., taking advantage of the knowledge and passion of the man known as Mr Land Rover, Roger Crathorne. It is Roger who is the guiding light (and co-ordinator) behind the whole Celebration Line project, and the whole thing is also a tribute to the man who retired last year after more than 50 years service having originally joined Land Rover in Solihull as an apprentice.

It's a dream come true for Roger: "No other car maker in the world has anything as authentic and with such meticulous attention to detail as our heritage line. It has taken months of searching and dedication to put this project together, but it has been worth it.”

The whole new Defender factory tour lasts approximately three hours, beginning at the body shop (where it all begins in production) right through to the final assembly where visitors can see the engine and gearbox lowered onto the chassis and watch as the labour intensive process of assembling the painted body panels begins.