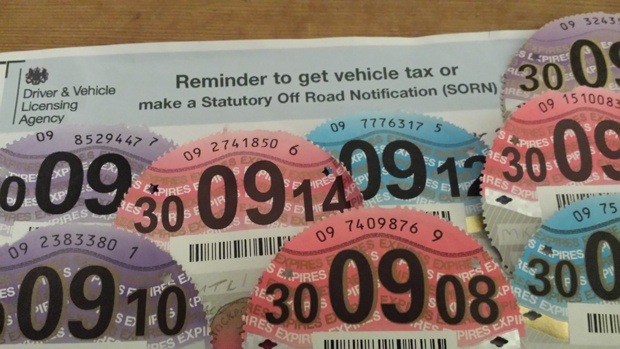 Not only have Tax Discs gone, but there are other major changes to the Road Fund Licence in April 2017

In the summer 2015 Budget Statement, the then-Chancellor George Osborne announced changes to the Road Fund Licence (RFL) to come into play in April 2017 with a change to the way it is calculated year-on-year.

According to the Government, the changes are being introduced to "make costs fairer for motorists"  and apply to cars registered on or after 1 April 2017. All vehicles registered before this date will be unaffected by the changes.

The biggest change in regards to road tax is that it is no longer entirely based on the CO2 emissions of the vehicle.

In the existing road tax bandings, cars with emissions of less than 130g/km paid a lower rate of road tax but from year one from April 2017 onwards, unless the car has zero emissions, some form of road tax will need to be paid on new vehicles.

That's a big change, and it seems to have been initiated by the fact that car manufacturers have been reducing emissions on cars as part of a green policy.

After the first year, ALL CARS from year 2 onwards (with the exception of zero emission cars where the standard rate will stay at zero) will be charged a standard rate of £140, with an additional charge of £310 a year (for 5 years) on any cars with an 'RFL Price List' of over £40,000 - but more about that later.

This charge after the first year is an increase to those looking for a car that emits less than 140g/km (in comparison to the previous charges) but a bonus to those with 'more polluting' cars, despite having to pay more in the first year. So does the 'fairer' statement ring true at the expense of the environment, as it seems that emissions become a less attractive consideration when looking a new car from April next year? And is it more of a benefit to drivers of bigger, and probably more expensive, cars?

Not necessarily so, because the Chancellor added in a charge of £310 a year for 5 years, starting with the second year, on cars that have an 'RFL Price List' of over £40,000 - and this is something that customers will have to really consider when buying or leasing a car.

Both the standard £140 charge and the extra charge are, of course, subject to increase in any future budgets.

To check how much tax any new car will attract, click here.

This is basically the cost of the car when bought from new, and includes:

It does NOT INCLUDE:

While all this affects drivers of all cars, spare a thought for fleet managers who now have a massive headache balancing what their fleet needs against what the driver wants, because those little extras that they 'must have to do my job properly' (like heated seats and a bigger touchscreen) may take the 'RFL List Price' over the £40,000 threshold, and increase the cost of a licence. And then multiply that by the number of cars in a fleet.....

Auto Express have provided some other costing examples in this fine blog article on the road tax changes here.

Philip Nothard, retail and consumer specialist at CAP HPI, suggested to Auto Express that new and pre-registered car sales could spike ahead of next year's VED changes. "We could experience a big spike in registrations prior to the introduction of the new tax regulations, as dealers and consumers pull registrations forward on models where there is a saving, or the opposite depending on the car's current VED band."

The new rule changes will hit drivers of popular eco-friendly cars the hardest, and only time will tell if the consumer's green credentials will prove to be economic rather than ecologic, as savings on these cars start to erode.

But it may mean a shot in the arm for electric cars with no emissions that continue to attract zero road tax.

Fairer costs for the motorist or just a money-making exercise for the Treasury? I know where my money is!