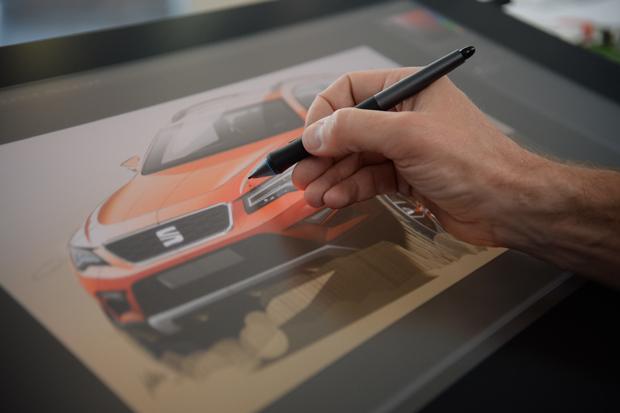 Have you ever wondered what goes on behind the scenes in the development of a car BEFORE it makes it into production? We have seen so many examples of the actual car manufacturer, but all the work that goes on before it makes it there seems to have gone unnoticed.

Well, wonder no more as SEAT has given us an insight into the toil and sweat that is undertaken and produced before the task of physically putting the car together begins, before all the computer-wizardry testing takes place, and before you get into your brand-spanking new car to drive it for the first time.

Time to begin and Time to produce

It is a four-year process to get to a production state when it comes to designing a new model of a car - 1,400 days, more than 1,000 sketches, 5,000 kilos of clay and 1,000 litres of paint, to name just some of the figures involved - and it begins on paper and ends up on an assembly line. 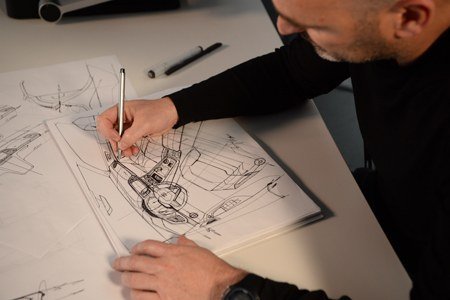 Possibly the most important part of the whole process as the artisan tasked with the creation has to have guidelines to follow so that they can know what is expected at the end of the whole process. of the new model are drafted and approved. These guidelines "form the roadmap that will define the car’s DNA" so they must be approved once drafted so the entire process can follow the indicators that they specify.

After all; if you don't know what is expected at the end, you can't produce anything.

A humble pencil is the tool for this part of the process, with designers producing preliminary sketches of the new car. Over the course of the four years of evolution, it is estimated that over 1,000 sketches will be produced, starting with the exterior look of the car. As Jaume Sala, head of Interior Design at SEAT, says, early versions reflect “what we would like it to look like”, ending up with an image of the new vehicle that is “picture perfect”. 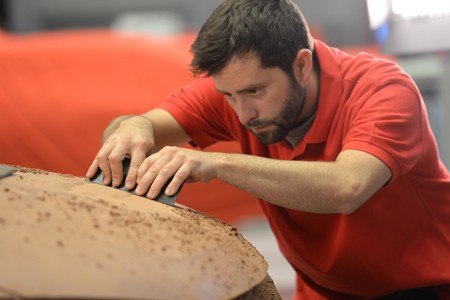 Once the sketches are made, and initially given a thumbs-up, they are recreated digitally on a computer "to give volume to the future vehicle" - or "to make it look more real to anyone viewing it." Not only does the digital document serve a purpose in determining the design of the new car, it will also used when it comes to the initial technical specifications. 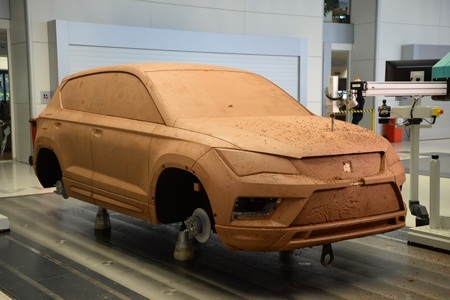 After initial approval once again, a clay model will be produced. Not just any clay model, and not something the size of Morph, but a life-size model that weighs around four tonnes, twice that of a conventional car. It will be produced by a master craftsman who smoothes and shapes the model by hand to physically recreate the exterior design, and throughout the process it will be shaped and moulded constantly to reflect any modifications that will be made as the journey continues.

Following the perpetually modified clay model, the frozen model is produced once everyone is happy with the clay one. It is still a clay model, using up to 5,000 kilos of clay to produce, but it is "frozen" in its final state to reflect the definitive exterior design that has approved by the company - and it look very, very real. 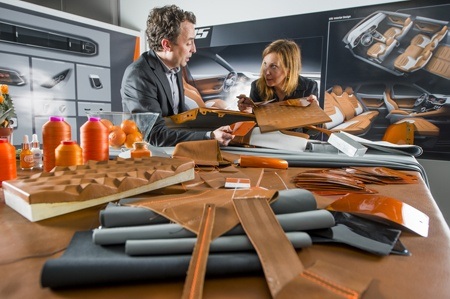 The Color&Trim department was given its brief at the same time as the initial design team, charged with gathering ideas that stem from new developments in “the areas of fashion, architecture or product design”, explains Jordi Font, Colour&Trim head at SEAT, in order to create the colours used on the interior and exterior of the new model. Throughout the years, they can carry out over 100 formulations and use 1,000 litres of paint to produce a colour chart for the car that ultimately will only feature only 12 tones of paint.

Jaume Sala insists that, at SEAT, aspects concerning “comfort and good looks” are carefully considered when developing the car seat, and the design team work closely with the Color&Trim department to produce patterns “that combine the most suitable fabrics and colours”, says Jordi Font. 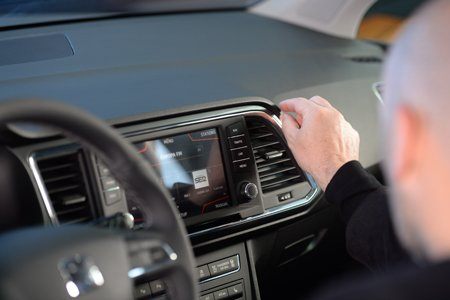 Outside, all will have been developed and organised when it comes to what is required, with all sorts of touch-ups and modifications made prior to the Frozen model's creation, while inside Juame Sala and his team are making sure that “everything is driver-oriented.”

Things have changed over the years, stresses Sala, explaining that everything on the car's dashboard now revolves around the car's touchscreen, and such is its importance to the driver that when it comes to design, first they decide where to place the touchscreen and all the rest is secondary. A sign of the times indeed.

Overall, the design of the interior is especially governed by functionality, with Jaume stating that the design has to be “useful and efficient [so] we ask ourselves where it would be most convenient to store a mobile phone, glasses or a bottle of water”.

Throughout the process, computer wizards have been testing prospective aerodynamics, emissions and fuel economy, as well as comfort and driveability, and they continue this throughout production following the end of the design team's work as the brand new model goes into production to produce initially a concept car and then the finished model. There may be changes post-concept, and these have to be dealt with, but with no rest for the 'wicked', the design team will already have moved on to another project.

So much work; so much happiness for you.