Bentley and HTP Strike Up Strong Partnership for 2015 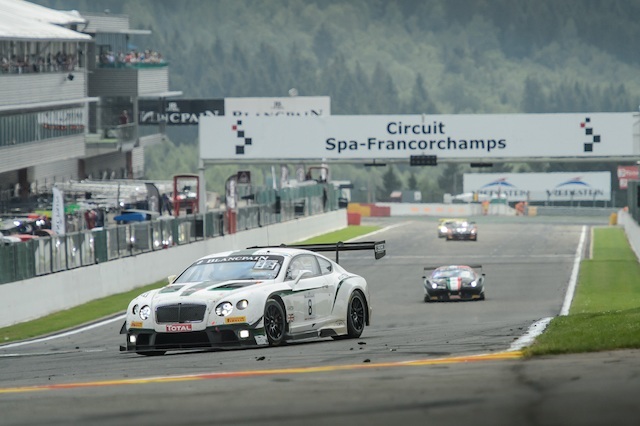 Bentley extends its reach in the world of GTs for 2015 (Image credit: Bentley Motors)Bentley

The continuing story of Bentley’s return to the world of sportscars, having unveiled the strong-performing Continental GT3 at the Autosport International Show in January 2014, will further expand its chapters for the forthcoming season.

The British manufacturer will continue to supply the new car, which has showed great potential by winning two rounds of the Blancpain Endurance Series, which culminated in finishing as runner-up in both the Drivers’ and Teams’ Endurance Championships this season.

Bentley has now decided to pair up with HTP Motorsport GmbH, with the German team using five Continental GT3s to compete both in the Blancpain Sprint Series and the ADAC GT Masters in 2015, as well as the famed Nürburgring 24 Hours.

HTP has proved itself over the past few seasons, having used Mercedes-Benz SLS AMG GT3 cars to show its own potential from 2011 onwards. They were runners-up in the overall Blancpain GT Series standings this season, as well as taking the Team Champion title in European GT3 in 2011 and 2012.

Last season saw the outfit, formerly known as Heico Motorsport, winning the Total 24 Hours of Spa, the 1000km of Nürburgring and the Blancpain Endurance Series drivers’ and runners-up titles in the process.

Bentley head of motorsport, Brain Gush, is looking forward to this newly-founded association between the two entities, stating that the tie-in with Bentley Team HTP is “the important next step in our plan the expand our GT3 program,” especially with Bentley’s racing heritage being based in Europe.

“HTP Motorsport is a racing organisation of the very highest calibre, with six championships and 20 race wins to their name, and so I’m delighted that they are the latest team to show confidence in our Continental GT3 through partnering with us,” explained Gush. “I’m looking forward to working with HTP throughout 2015, and to seeing them race successfully in new series for Bentley.”

Norbert Brückner, HTP’s boss, is eager to build on the success that the team has already had to date, as well as anticipating a welcome collaboration with this iconic British marque: “We’re confident that the Bentley Continental GT3 is the key to that ambition, and I and the rest of the team are excited to get started with our new race cars. Bentley Team HTP will be a serious contender across European GT3 racing in 2015.”

Bentley will soon announce their motorsport activities for the forthcoming season, as Bentley Team HTP will also confirm just who will be piloting the five cars that will compete next year, as the hunt for glory continues.

The legacy of Bentley’s story in motorsport has been revitalized with the new efforts in GT racing, which has seen the brand also race in Asia, with Jean-Karl Vernay racing the vehicle at the recent Macau GT Cup. The brand has also triumphed at Le Mans back in 2003, with the likes of David Brabham, Guy Smith and the recently retired Tom Kristensen being part of the effort to take overall glory back in 2003.