Clean Air Zones - What Are They and How Do They Affect Me? 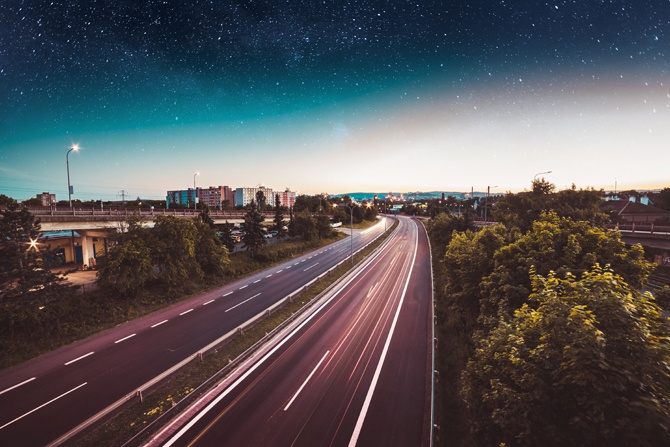 Clean Air Zones are coming to the UK in 2019 but what are they and how will they affect drivers?

Clean Air Zones (CAZs) are coming to the UK. Are you aware of them? If not, you should be, because whether you are a business or a leisure driver, you will come across them at some point soon as they are being put into place as early as next year.

What is a Clean Air Zone?

You will no doubt be aware of the Government's plan to have all new cars and vans in the UK to be zero emission by 2040, and for nearly every car and van to be zero emission by 2050. This is part of a wider ambition to improve the UK's air quality because, as they state in their paper on Clean Air Zones "Poor air quality is the largest environmental risk to public health in the UK and investing in cleaner air and doing even more to tackle air pollution are priorities for the UK government."

To help achieve this, they have decided to instigate a policy of a number of Clean Air Zones (CAZs) across the UK in designated cities that they consider most in need of the policy. The cities selected are Derby, Birmingham, Leeds, Southampton and Nottingham, and all five have been involved in internal consultations to work out how best to meet the legal obligations implemented.

Each of them has to put into place areas (or at least 'an area') within their cities that has the aim of reducing air pollution - and these are what are called Clean Air zones.

According to a paper produced by Friends of the Earth, a Clean Air Zone has the aim of:

How does a Clean Air Zone affect me?

A lot depends on how the local councils, who have all been given the responsibility of producing these zones, decide to implement them.

A recent article by Fleet News helps define the options that the councils have, including a decision whether or not to charge vehicles as "local authorities will only be able to set charges at levels designed to reduce pollution, not to raise additional revenue beyond recovering the costs of the scheme."

There are four classes of Clean Air Zone:

There will be two types of Clean Air Zone: non-charging and charging.

As described by the RAC, "in a non-charging Clean Air Zone, the focus is on improving air quality, without charging money for vehicles entering the zone. Measures can include retrofitting certain vehicles, traffic flow management to reduce vehicle emissions where evidence suggests this approach would be effective on the road in question, rerouting some traffic or other local solutions."

In a charging zone, a set required emissions standard will determine if a vehicle is charged or not, based on the vehicle's Euro Emissions Standard, and set by the governing council.

How much could these zone charges cost me?

In the 5 cities that have been mandated to produce the CAZs, no real decisions have yet been made.

Birmingham is looking at a Class D zone to be in place by 2020 with charges applying to the most polluting vehicles which enter the CAZ, currently proposed as covering all roads within the A4540 Middleway ring road.

Derby has yet to decide on the extent of the planned 2020 CAZ, but has stated that it "has no plans to charge for any vehicles entering the city centre," as they believe that they can meet their air quality targets via alternative measures, including the introduction of a scrappage scheme, retrofitting 150 buses, installing more electric vehicle charging points and promoting a healthier lifestyle through sport and cycling.

Nottingham has yet to publish full proposals but plans to implement it in 2019 with a Class B limit. They are also planning an Eco Expressway, prioritising electric buses, a Go Ultra Low Nottingham scheme intended to encourage the uptake of Ultra Low Emission Vehicles, and new cycle routes.

Southampton already has a non-charging Clean Air Zone but is expected to introduce penalty charges from 2019 into a larger yet-to-be-announced Clean Zone Area.

So it may be best to look at London charges to get an idea of just how much this could cost you.

At the moment, the current ULEZ Zone, which is the same area as the Congestion Zone, charges £12.50 for cars, vans and motorcycles, and £100 for buses, lorries and coaches that do not fall within their ULEV limits. Drivers pay in advance for the charge, and if they don't then they can be caught via the use of ANPR (Automatic Number Plate Recognition), but as the Transport For London website states, they would prefer vehicles to reduce emissions rather than pay to use the roads with a higher-emissions vehicle.

So how can I avoid paying these charges?

Quite simply, make sure that your vehicle meets the standards required, and make yourself exempt from any charge or restriction.

Now that is a good question.

In an ideal world, the answer would be undoubtedly 'Yes', and a BBC article that asked that self-same question suggested that they do, but only in conjunction with the updating of vehicles and the inherent advancements in emission control. In fact, the article raised the point that the important question is not whether they work, but more if they work quick enough.

Figures showed that particulate matter emissions reduced in London when the scheme was introduced there, and in Germany, although not in an area in Holland, probably due to the higher emission allowances there. NOx (oxides of nitrogen) pollution was unaffected but hopes are high that this can be achieved now the Euro 6 standard has been introduced for higher-temperature fuel burning diesel vehicles.

The article ends by suggesting "that well-designed clean air zones that impose charges on drivers of older vehicles have already reduced PM pollution and may do a better job of reducing NOx emissions once more effective standards for diesel vehicles have been introduced."

New figures released by BVRLA show that 4 out of 10 small and medium sized businesses are unaware that Clean Air Zones (CAZs) will start to be implemented across the UK as soon as next year, and it seems that many private car drivers aren't aware either.

BVRLA Chief Executive Gerry Keaney said: "Unless more is done to publicise the impact of these various Clean Air Zones and mitigate their impact, hundreds of thousands of businesses across the country will be hit with a new regional road transport tax that will bring additional cost and confusion at a time when firms are already dealing with Brexit-related economic uncertainty. We are particularly concerned about truck operators, who are more likely to be impacted by these zones, face the biggest charges and will struggle to find and afford CAZ-compliant vehicles."

If you are involved in one of these businesses, be it a taxi firm, coach or mini-bus service, lorry firm, or any other, firstly check out your vehicle emissions to get them to industry standards. Then make yourself aware of what restrictions may be put on the movement of your vehicle and where.

Check out the Government's document here as a first stop.

What are your thoughts on the new Clean Air Zones? Let us know what you think by leaving a comment below.