Diesel Particulate Filters - Everything You Need To Know 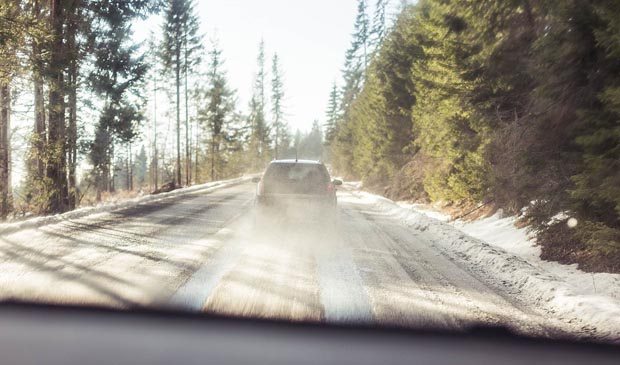 Despite doubts following the emissions scandal,  demand for diesel vehicles is still as strong as ever. According to figures by The Society of Motor Manufacturers and Traders (SMMT), diesel vehicles accounted for 49.8% of UK new car registrations in 2015, highlighting not only the demand for diesel cars, but also that bad news stories are often tomorrow's fish 'n' chips wrappers.

Yet while demand remains strong, diesel engines aren't suitable for some drivers. Most modern diesel cars come fitted a Diesel Particulate Filter (DPF), which remove harmful soot from the exhaust gases before they enter the atmosphere. These filters were developed in order to meet strict European emissions legislation but they can become a problem for drivers who only use their vehicle for short trips as the required speed, temperature or time needed to clean the DPF is not achieved.

In our latest blog post, we take a look at Diesel Particulate Filters to find out how they work, why they are causing problems for some drivers and how to find out whether a diesel vehicle fitted with a DPF is right for you. Lets begin...

A Diesel Particulate Filter (DPF) works by removing harmful soot from the exhaust gases before they enter the atmosphere. The DPF collects soot particles until enough are collected for the 'DPF Regeneration' to kick in, where the DPF cleans itself by heating up and burning off the accumulated soot particles.

It is this regeneration process that often ignites a warning light or instrument passage panel in the car, telling the driver that the DPF needs to carry it out. For most vehicles, the filter can often regenerate itself with 'passive regeneration' taking place automatically on motorway or fast A-road runs when the temperature inside the exhaust is high enough to burn off the soot.

But, if this is not possible, in order to regenerate, the car needs to be driven for about 10-15 minutes at a suitable road speed of 40mph and above, whilst maintaining an engine speed of approximately 2,500rpm. This is called 'active regeneration' and failing to do this will lead to a build up of soot, a reduction in power, and over time a complete DPF blockage and the need for a costly replacement filter and the inherent garage costs as it needs to be carried out by an authorised repairer.

During 'active regeneration' a driver will notice that the cooling fans are running, idle speed is increased, the automatic Stop/Start (if fitted) will be deactivated, fuel consumption will increase, the engine sound will change and there will be a hot and acrid smell arising from the exhaust - but this is all good as the car is getting an internal emission spring clean.

Sometimes however, normal regeneration doesn't take place. According to The AA this may be because:

If the driving cycle proves to be insufficient, the extra fuel injected into the cylinders will not burn and will drain into the sump, resulting in a deterioration of oil quality, a rise in oil level, and possible damage to the diesel engine.

Why does DPF regeneration causes a problem for some drivers?

Problems with DPF regeneration is often down to driving style. As we mentioned above, in order for the DPF to regenerate the car needs to be driven in a certain way and at certain speeds for a length of time. If the car is used mainly for short journeys or is often sat for long periods of time in stop-start traffic, the DPF regeneration process is unlikely to be achieved - leading to possible problems with the Diesel Particulate Filter.

If the DPF needs replacing as a result of ignoring the warning lights or messages, the cost of replacing the DPF may not be covered by the manufacturer’s warranty. There is the added buffer of forced regeneration when soot levels are between 70% and 85% where a diagnostic tool used by an authorised repairer can help clear it, but above that we are talking replacements at a cost of around £1000 plus labour and diagnostic time.

You should also note that only forecourt diesel should be used in a car fitted with a DPF as fuels such as 100% RME (rapeseed methyl ester) biodiesel can cause damage to the fuel system.

Is a vehicle fitted with a DPF suitable for me?

DPF regeneration is initiated by the ECU every 300 miles or so (depending on how the car is being used) and takes around 5 to 10 minutes to complete, so drivers will need to be aware of making time for the process if their driving style or requirements aren't liable to allow 'passive regeneration' to occur. It is important to realise that the time it takes to get from 'partially blocked' to 'completely blocked' is very short.

DPF Regeneration requirements are key consideration for drivers when considering their next car. If you are considering leasing a diesel vehicle, you need to ask:

If the answer to the last 2 questions is yes, it is worth considering a petrol, hybrid or electric car. If you still wish to lease a diesel, it is advised that you take the time to consider the requirements of DPF regeneration to ensure you drive the vehicle in accordance with the manufacturer guidelines and to ensure that the DPF regeneration process is initiated regularly.