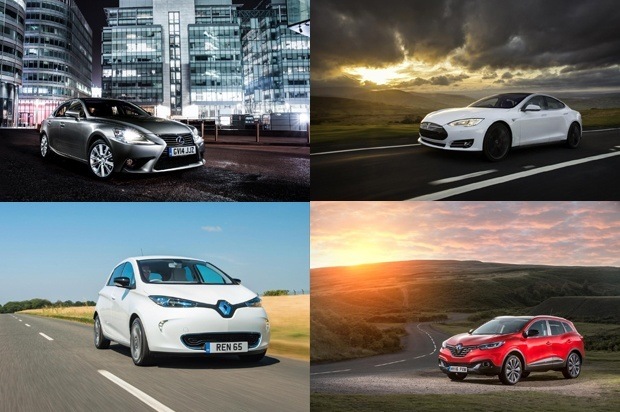 Every year, Auto Express publish the Driver Power 2016  - a car ownership survey now in its 15th year. It's a survey that is really by the motorist for the motorist, covering all those little details that you don't necessarily read about in the car specifications such as reliability, running costs, practicality and in-car technology and how it works for them (and you). And it's all about the cars that they drive, so in the final ratings are a few 'old' cars.

This year, Driver Power received nearly 50,000 responses, with 32 makes and 150 models ranked, and the final results are now in, with electric and hybrid vehicles dominating the final table. In fact, the overall winner, the Tesla Model S actually took first place in seven categories as well sitting proudly at Number One in the final rankings. So much so that the Tesla Model S made Driver Power history by not only receiving a highest-ever satisfaction rating of 97.46%, but also getting a 100% satisfaction rating in the Ease of Driving category – the first time any model has received full marks in the history of the Driver Power survey.

Brian Walters, Director of Research and Insight at Driver Power, said: “With seven individual category wins it’s hard to dispute the appeal of the Tesla. This is the first time this manufacturer has appeared in the Driver Power survey, but with results like these I’m certain we’ll see more of it in the future.

“The in-car tech has raised the bar for other manufacturers, and the growing network of rapid-charging points that are free for owners to use makes it the number one for running costs as well. The only area for concern is build quality, but if Tesla can sort this out then I think it’s going to be a tough brand to beat.”

So it's another sign that electric and hybrid vehicles are moving more and more into the nation's psyche with the top two places held by electric cars. Maybe people's thoughts are changing, especially when you consider that, when it comes to the most important factor to consider when looking for a new car, respondents to the Driver Power survey named reliability as the most important factor.

And it was also no real surprise that owners of executive vehicles were the happiest with their vehicles, with the Tesla Model S topping the executive class followed by the Lexus GS and Jaguar XF.