It seems that the Government are certainly not going to be behind the times when it comes to electric cars and the (possible) revolution that may or may not be coming. Not wanting to be caught out they made an extra £37 million available to local authorities to offset the installation costs of electric vehicle chargepoints, with places like hospitals and train stations being some of the main beneficiaries of the new points.

And recently Business Minister Michael Fallon and Transport Minister Norman Baker made the announcement as to who the lucky recipients of the first round of funding will be, but also added into the pot an extra £37 million for the next round. 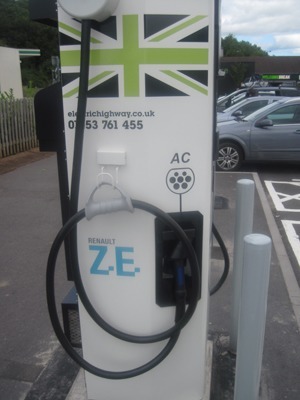 Norman Baker said: “With hundreds of new chargepoints adding to the ever-expanding network of infrastructure, people will be able to recharge their cars at stations, in hospital car parks and on streets all over the country. This is brilliant news for those already using these vehicles and will give greater confidence to those who are considering making the switch to electric. With new models coming to market every month from major motor vehicle manufacturers and running costs of 2 pence to 3 pence a mile, these vehicles are an increasingly attractive option for many consumers and businesses.”

The money is available to local authorities, NHS trusts and train operators so that they can prepare for the future with charging points on their property and town and city streets, so the Government are expecting bids from train operators, local authorities and the wider public sector for this second round of funding that closes on 30 October 2013.

Michael Fallon said: “The automotive industry in the UK is a real success story. Four out of every 5 vehicles made here are exported and the sector supports many thousands of high-quality jobs across the country. We need to keep working with industry to maintain this momentum and secure its long-term success which is why we are supporting the transition to ultra low emission vehicles. As we set out in our automotive industrial strategy, there are huge opportunities for us from being a world-leader in these technologies.” 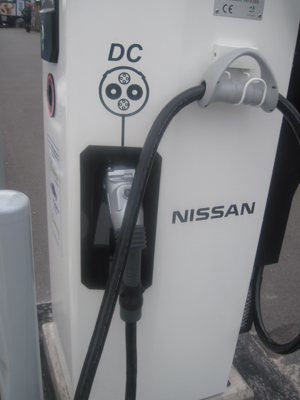 This is why the coalition government is providing 75% of the cost of installing new chargepoints, with the announcement forming part of the government’s plans for the ultra low emission vehicles market, having already committed £500 million as part of their roads reform plan (published in July) and their £400 million commitment to increase the uptake of ultra low emission vehicles before April 2015.

This £400 Million includes a consumer incentive funding of £5,000 for eligible cars and up to £8,000 for eligible vans; and £82 million for research, development and procurement programmes.

There are also plans afoot for the Office for Low Emission Vehicles to produce and announce more governmental plans for the electric car sector with key partnerships to be announced along with a story-so-far detailed summary, more funding details and future developmental plans.

According to the Office, so far, as of 30 June 2013, 4,553 claims have been made through the plug-in car grant scheme, with 310 claims having been made through the plug-in van grant scheme. Although these figures may not seem high at the moment, this is the highest quarterly increase since the scheme began with an additional 920 cars ordered in the most recent quarter – a 30% increase on the previous highest quarter.

Good or bad news for readers of The Sun and the paper’s copywriters?

Only time will tell!