Everything You Need To Know About The Infiniti Q30 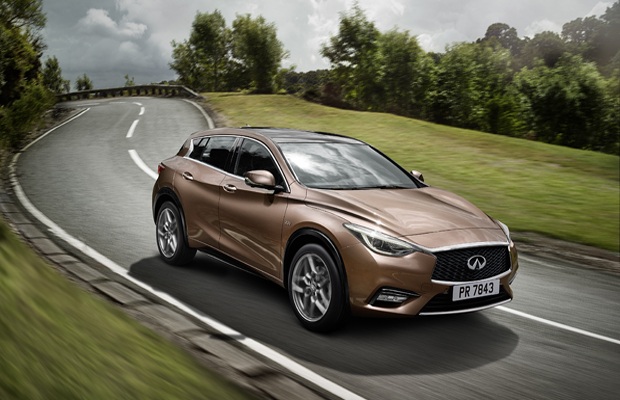 Infiniti enter the competitive hatchback market with the new Q30

Designed to take on rivals such as the Audi A3, BMW 1 Series and Mercedes-Benz A Class, the new Infiniti Q30 offers an alternative to the traditional compact hatchback thanks to its daring new design and innovative technology.

But while the Q30 certainly looks the part, can it deliver when it comes to power and performance? In our latest blog post, Nationwide Vehicle Contracts take an in-depth look at the new Infiniti Q30 to find out if it has what it takes to make its mark in the competitive hatchback market.

What is the Infiniti Q30?

Similar in size to the Mercedes-Benz A Class in which it shares its platform, the Q30 is the first Infiniti vehicle to be built in Britain. A £250 million investment was made at the production facility in Sunderland, creating 300 new jobs in the British automotive industry. It is expected to attract a new generation of customers and will play an important role in Infiniti’s plans for global growth. 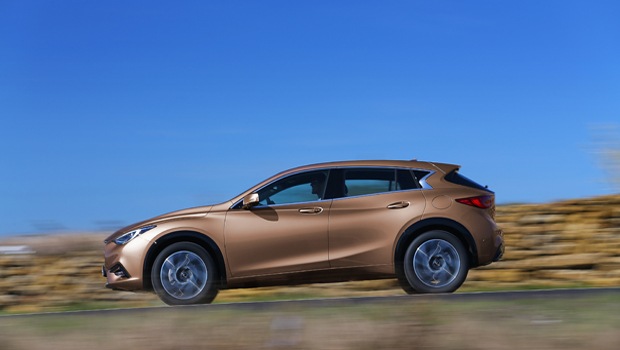 Design-wise, the Q30’s fresh and dynamic style certainly catches the eye. The daring design breaks the mould of a conventional hatchback design by combining the sporty looks of a coupe with the higher stance of a crossover.

Fans of the original concept will notice a few styling cues that have been brought across to the new model, including the double-arch front grille with 3D mesh which headlamps and deep, sculpted lines which run the full length of the vehicle. Thanks to the low-slung roofline, the Q30 gives the impression movement even when the car is standing still, while its muscular wheel arches and deep door curves (which were produced with a new type of 3D manufacturing), instantly make the Q30 stand out from other cars on the road.

There are two bodystyles to choose from - the standard Q30 or the pumped-up Sport version. The latter sits 15mm lower than the standard model and boasts an enhanced exterior design with larger bumpers and a sportier interior. 18’’ alloys are offered as standard on SE models but if you’ve got the cash, it’s worth splashing out on the 19’’ 5 double-spoke black alloys on the Premium, Premium Tech and Sport models for added distinction.

There are 9 exterior colours to choose from with Liquid Cooper, Malbec Black and Ink Blue catching our eye at the NVC offices. 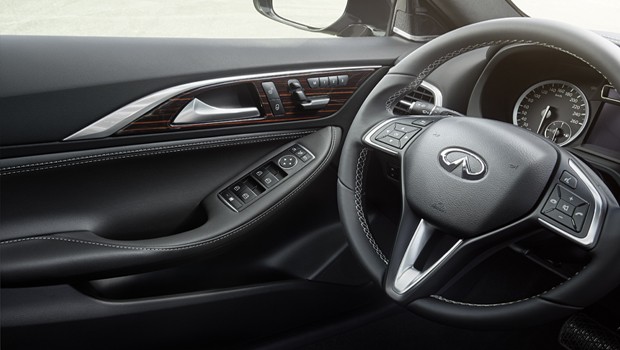 Inside, Infiniti’s bold approach to design continues with the Q30 boasting a comfortable cabin with premium materials. There is an air of luxury inside the Q30 and it’s clear to see that Infiniti have paid special attention to driver comfort. The driving position is slightly higher than other hatchbacks on the market and the supportive front seats have been designed to relieve pressure on the back and minimise fatigue.

There is also plenty of in-car tech features to keep you entertained including Infiniti’s trademark InTouch infotainment system which was first introduced on the Q50 and has been upgraded on the Q30, giving drivers total control over the sat nav system, as well as access their calendar, email and social media channels. 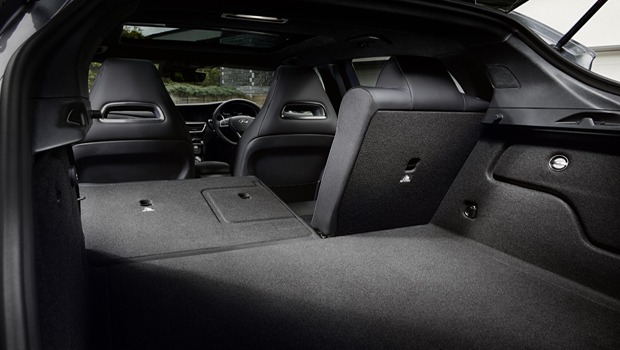 Despite its coupe-like style, the new Infiniti Q30 is surprisingly spacious for a compact hatchback. Available as a 5-door model, there is ample head and legroom room for passengers (626mm leg room for front passengers and 538mm for rear passengers), ranking among the best in the class.

At the rear, the wide, square shaped boot may not be to everyone’s taste but has been designed with practicality in mind, offering an impressive 430 litres of boot space with 60:40 split-fold rear passenger seats for additional space when required.

Overall, the Q30 is almost 4.5m long and 1.8m wide, making it longer than the Nissan Qashqai (but shorter and narrower) and larger than the Mercedes-Benz A Class and Volkswagen Golf. 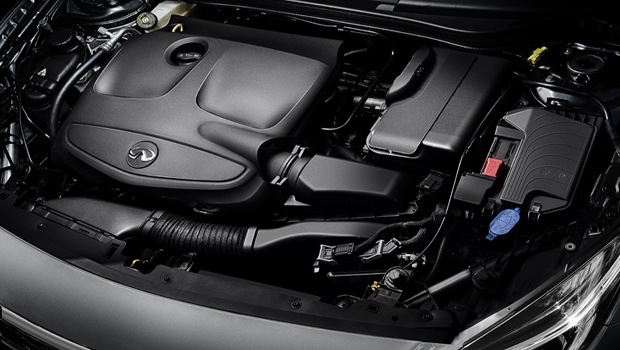 Under the bonnet, the Q30 is available with five engine choices - two diesel engines and three petrol engines – all delivering efficiency, economy and durability.

For those who opt for the 7-speed dual clutch (DCT) transmission, steering wheel paddle shifters are available for speedy shifting and fingertip control over gear selection. The suspension and steering has also been tuned for the different Q30 models with the 2.0T and 2.2d Sport models offering a lower, firm suspension for a sportier drive.

Drive-wise, the Infiniti Q30 delivers a smooth, effortless ride with responsive handling. A new optional all-wheel drive system is available on selected models which is able to send up to 50% of the engine’s power to the rear wheels. The Drive Mode Selector also allows you to fine-tune your driving experience according to your needs with three modes to choose from including Manual for smoothness, ECO for efficiency and Sport for sportiness. 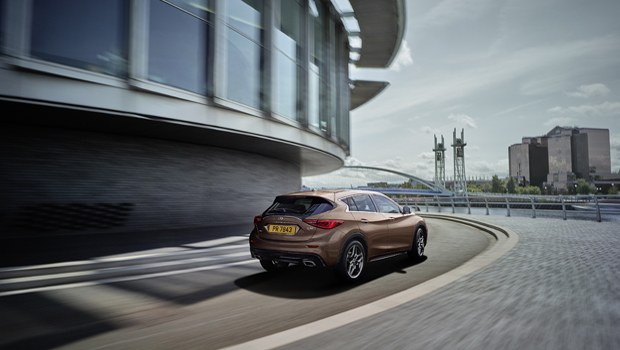 Economy figures on the Q30 are in line with rivals but disappointingly, none of the engines deliver sub-100g/km of CO2.

The 1.5-litre turbo-diesel is the most efficient engine in the range, offering low running costs for private and business customers with a combined fuel consumption of 68.9 MPG and CO2 emissions of 108 g/km. In comparison, the larger 1.6 turbo petrol engine achieves 47.1 MPG on a combined cycle with CO2 emissions of 138 g/km.

In terms of insurance groups, the Q30 is slightly better than the competition, with insurance group categories ranging from 13 on the low powered cars to 22 for the top-of-the-range Sport model.
The Q30 comes with Infiniti’s 3 year or 60,000 mile warranty, which also covers any imperfections in the paint. 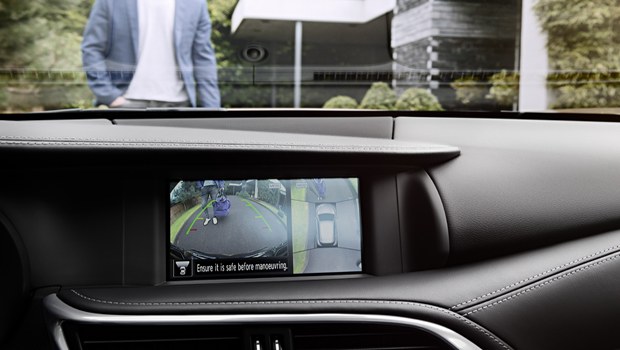 In today’s competitive car market, safety is everything and thankfully, the Q30 delivers. It was given 5 stars in latest Euro NCAP safety tests thanks to its advanced front and rear crumple zones and ultra-high-strength steel. Other safety technology fitted on the Q30 includes:

The new Q30 also boasts a wide range of technologies to make driving easier than ever including Automatic Park Assist which uses 12 sensors to help guide the car into parallel parking spaces and designated parking bay. This is in addition to the new Around View Monitor, with Moving Object Detection, to give the driver a virtual 360° view around the car to detect hazards during low-speed manoeuvres.

Nationwide Vehicle Contracts has a special lease deal on the Infiniti Q30 with lease rates starting from just £199.95 + VAT a month on a 2 year contract hire agreement for the Infiniti Q30 1.5d SE 5 Door [Business Pack]. Follow the above links for more information or call Nationwide Vehicle Contracts today on 0345 811 9595 to take advantage of this special stock deal.