Everything You Need To Know About The New Citroen C3 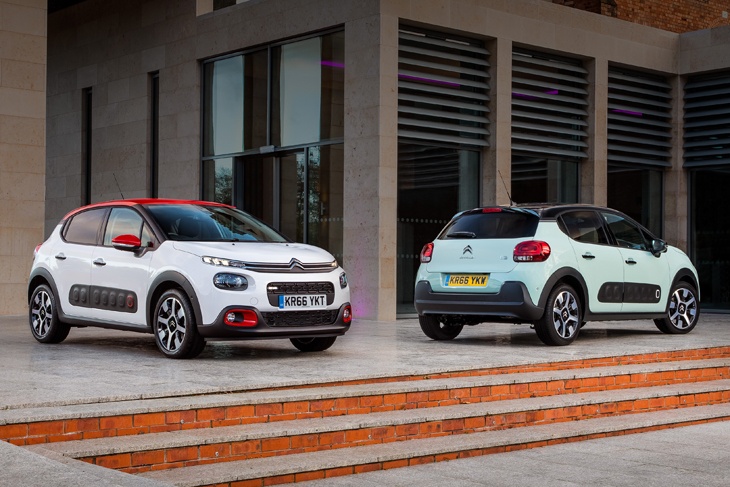 The Citroën C3 is Citroen's best-selling model, selling 200,000 in the UK alone since its 2002 launch; and now it has been renewed for 2017. "Colourful, stylish, brimming with new technologies, supremely comfortable and boasting a bold, fun-loving personality," the new Citroen C3 is available to lease from Nationwide Vehicle Contracts . 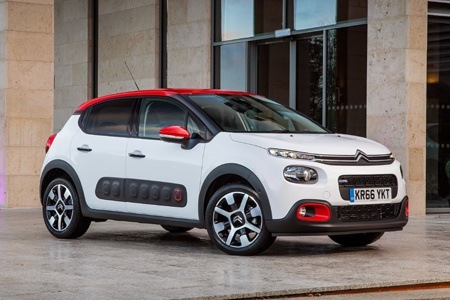 With a choice of 3 roof colours, and 9 different body colours, the new C3 is highly customisable, providing a total of 36 exterior colour combinations. And the design doesn't stop at colour options.

The front has a new design to make the car look as robust as it is, with black window pillars creating a floating roof appearance to add dynamism to the mix. 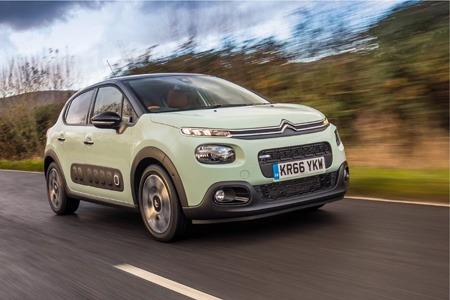 And with crossover models being flavour f the month/year at the moment, the character of a crossover is added to the C3 by the deliberately high bonnet line and purposeful wheel arch extensions.

The new Citroën C3 also boasts its signature Airbump® panels, which guard against everyday dents and scrapes. These are optional, and can be specified with a white or red motif, depending on your preference.

And at the rear, alongside newly-designed chevrons and C3 badge now in black with a chrome surround, we find 3D lights to "showcase the high-tech identity" of the car. 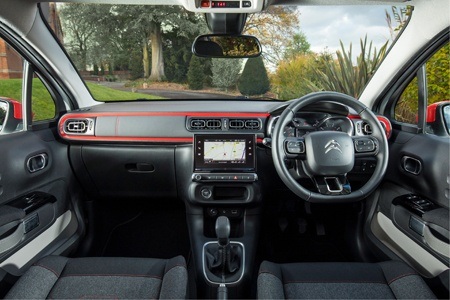 The interior of the new Citroën C3 is surprisingly spacious, with a choice of three interior finishes, including two optional upgrades – ‘Urban’ Red and ‘Hype’ Colorado. And each finish brings with it its own type of ambiance, highlighted by the soft and welcoming textiles that are used throughout the cabin.

The C3 has been created as part of The Citroën Advanced Comfort® programme, "delivering a sense of serenity, comfort and calm inside the cabin", and this all starts with comfortable seats and extends to the panoramic glass sunroof.

As we said, the car is spacious, with 22mm more rear legroom than the previous model, a 300-litre boot, and lots of little storage compartments around the car. And the door pockets are finished with a light colour, making it easier to find items like keys or a mobile phone in poor light. 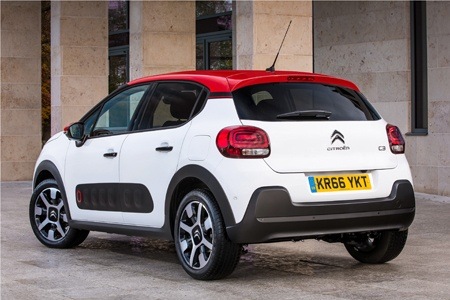 For the first time ever, ConnectedCAM Citroën™ technology makes an appearance in the New C3. With a wide-angle HD camera (positioned just behind the rear-view mirror), GPS technology and a 128GB memory, it can be used as a convenient dashcam in case of any on-road accidents, and also as an in-car camera or video camera to take photos or videos that can be instantly shared via social media using a free app.

And by using the GPS that comes as part of ConnectedCAM Citroën™, drivers can find their car when they've forgotten where it is parked.

The New Citroën C3 also has a 7" colour touchscreen in the middle of the dashboard to give instant access to all of the main vehicle controls, and tis inclludes the latest-generation navigation system, CitroënConnect Nav. This is connected to services such as TomTom Traffic to provide not only live traffic updates, but also known accident blackspots, and is both touch and voice activated.

Alongside these technologies, we also find MirrorLink® and Apple CarPlay™, a reversing camera, hill-start assist, a lane departure warning system, blind-spot monitoring and a driver attention alert, ensuring that the new Citroen C3 is safe as well as helpful. 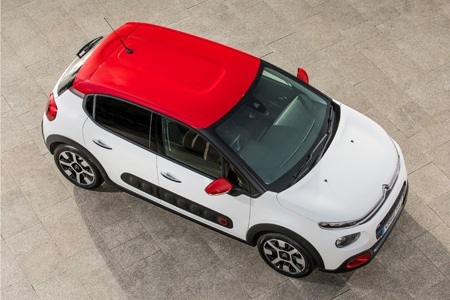 And coming later in the year is the New C3 PureTech 110 S&S Flair engine with Citroën’s EAT6 automatic gearbox .

For more information on leasing the new Citroen C3 from Nationwide Vehicle Contracts, contact one of our Customer Service Representatives now.