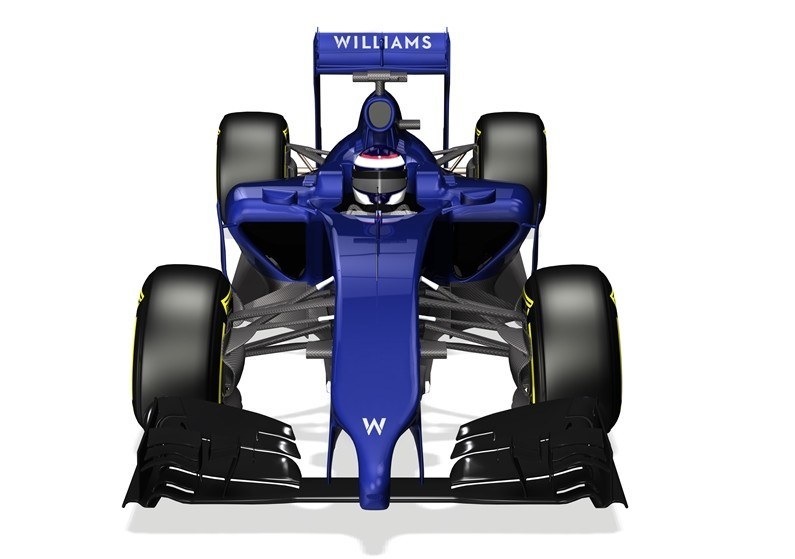 Now we all are anticipating a new dynamic from many different aspects, when it comes to what happens next in the world of Formula One, but the circus is spiralling into overdrive with just over fifty days to action in Melbourne.

However, things are bound to get busier as the countdown for racing commences, with all the teams pushing hard to get to the first race and see who has the jump on everyone, when the lights finally go out...

The First Cars Get Their Closeups

Testing begins in Jerez next week, with all bar Lotus F1 not being present, as they publicly announced that their new E22, unveiled digitally on Friday just after the McLaren unveil, would not be taking part in the first test. However, the new car has passed the chassis tests as mandated by the FIA, as they hope to give their car its first outing in the eye of the awaiting media.

Williams provided the first glimpse of what will be the most common configuration as per the new regulations that the FIA have set with regards to the nosecones, which should assist in better safety. It has been given several monikers, which include "ant-eater," the "finger nose," and some others that are unprintable, but still the jokes carry on.

McLaren Mercedes were the first to officially launch their new car on-line, as the Mercedes-powered MP4-29 was unveiled at the MTC, with their driver line-up. 2009 World Champion Jenson Button is partnered with young Danish rookie, Kevin Magnussen, whose father Jan raced with the team back in 1995. The World Series by Renault 3.5 2013 champion is part of the new crop coming from the McLaren Young Driver Programme, following the trend set by Lewis Hamilton back on 2007, with Belgium's Stoffel Vandoorne now there as reserve driver.

Ferrari finally unveiled the new name of the car that will be driven by Kimi Raikkonen and Fernando Alonso this season, which will be called the F14T. Look familiar to another member of an Italian manufacturer at all? They will be unveiling the new car at 1.30PM GMT today at Maranello live on http://f14t.ferrari.com/en/, where the team will also answer questions from the fans shortly after the anticipated reveal.

Some Cars Get Their First Steps

Promotional filming seems to have also taken place in some way, shape or form, as Caterham played a sound bite of their first fire up of the new Renault Energy F1 engine, which will also be used by Red Bull and Toro Rosso.

Sahara Force India, Toro Rosso and Mercedes also got a small amount of mileage under their belts, as Mercedes were the first ones to present the new W05 at high speed, with the new Mercedes-Benz PU106A Hybrid being put through its paces over 40 kilometres by Nico Rosberg at Silverstone. Why not see for yourself?

Daniil Kvyat, Russia's young hope, who is in the new STR09, was also able to get a first try behind the wheel in Misano along with Gallic team mate, Jean-Eric Vergne, and tweeted this: "Good day today feels great to have completed first full flying lap ever with new STR9 ! Can't wait for more ;)"

Sahara Force India, whose radical new colour scheme has divided opinions between many of the F1 fans that follow the sport, also took to Silverstone, as the returning Nico Hulkenberg got behind the wheel for the team's shakedown. The Silverstone-based squad also announced that Spain's Daniel Juncadella, who is racing for Mercedes-Benz in the DTM for this season, will also be the new reserve driver for the squad.

But with new challenges come new changes, especially when it comes to management within the sport itself, which was firstly shown by Ron Dennis returning to the position of Group CEO of the McLaren Group itself. In many respects, the man that has been intrinsic to Woking's success was the one that really put McLaren on the map when the Project 4 outfit run by Dennis join forces and made a name for itself.

But there was a very notable absence from the staff there, as Team Principal Martin Whtmarsh was not around whilst Dennis gave his speech to the entire MTC team, which firstly speculated about a potential removal of office, when it came to the Formula One operation.

The team suffered what was a somewhat embarrassing season, as they celebrated 50 years of engineering, but with a somewhat sombre 2013 campaign, Sergio Perez moved on after just one season, with Magnussen coming from a well-estabilshed programme that has young drivers that are waiting to make their name in F1.

But the biggest surprise of all was that Lotus F1 Team would find that on the same day that the launches got underway, Eric Boullier would be leaving the team after four years, effective immediately. There have been some issues with funding for a number of teams, which have been publicised especially with Enstone over the payment of Kimi's salary.

Credit where credit is due, as Boullier was the man that kept the team to be a viable challenger to Red Bull last year for the majority of the season, even with the fact that the team did not have the significant resources that the top teams have at their disposal.  The thing is that when you have such a loss from a team in that respect, rumour and circulation swiftly follows suit.

Now the talk is that as Gerard Lopez has now become Team Principal, The Frenchman appears to be the most likely candidate to end up at Woking, as it has been a case of "close, but no cigar" when it comes to securing a world title. Ross Brawn was already potentially the big name that would move there, but after his departure from Mercedes after the 2013 season, he announced that he would be taking a sixth-month sabbatical, taking the time to make a decision on his future within F1 and within motorsport in general.

There has been no news from Ross himself as to what his decision will be, but with the amount of success he has had in the sport over the last three decades, he is more than entitled to give a lot of potential opportunities a lot of deep thought before making the right one for him.

So the waiting continues, as more cars are set to be unveiled at Jerez next week, as we will find out more about the cars as they take to the track for the very first time, as the race for speed, balance and reliability comes to the fore very soon.