Green is the new Black: Celebrities who have gone electric 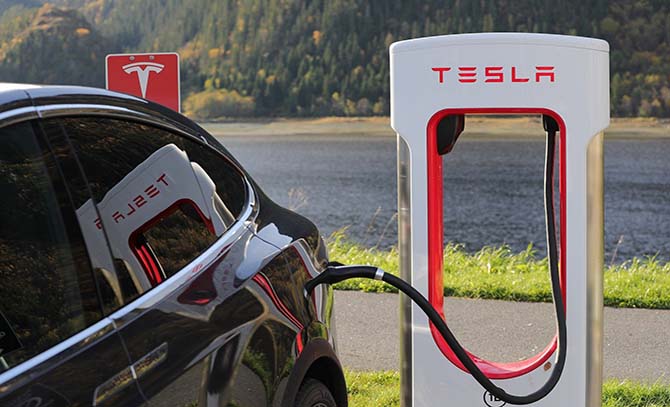 The automotive industry has certainly evolved, from the very first self-propelled vehicle the Alvis Speed 20, the first with all- synchromesh gearbox, to today’s all-electric era with integrated advanced technologies and outstanding new designs.

According to the Global EV Outlook 2020, the sales of electric cars reached 2.1 million globally in 2019. With the Government consulting to end the sale of new petrol, diesel and hybrid cars and vans by 2035, we are pretty confident driving electric will become the new norm.

As green becomes the new black, it was inevitable that some of our favourite celebrity figures are taking advantage of their healthy salaries to jump on the EV band ‘wagon’- pardon the pun.

We all know Leonardo DiCaprio as a famous American actor and producer, seen in some of our favourite classis including ‘Titanic’. But did you know, Leonardo is also a long-time environmental campaigner, trying to combat climate change across the world with The Leonardo DiCaprio Foundation.

DiCaprio has been an electric car driver for 19 years! In 2001, DiCaprio was the first major Hollywood star to purchase Toyota’s mass-market hybrid car, the Toyota Prius. In 2008, he then added the Tesla Roadster to his electric fleet, costing him a whopping $1.00.000 dollars.

Three years later, in 2011, he took delivery of the very first hybrid electric Fisker Karma sports car, which gives a mileage of 60 km/HR in less than six minutes (pretty impressive).

Leonardo DiCaprio's well-documented passion for environmental causes shone through when he produced ‘We Go Green’, a documentary about the International Formula E electric car racing.

When discussing this with Forbes magazine, he said “we can make an environmental doc but preach to a different audience because these cars are amazing. These are the future.”

Neil Young, arguably one of the most famous and influential rock icons of his era, known as a Canadian-American singer-songwriter and musician in the 1960’s. But did you know he owned an electric car back in 1959?

Wondering how? Well, through his music career, he expressed strong views on the environment, which was evident when he released the first song “Who’s Gonna Stand Up? (and Save the Earth)” which was available in three different versions, all free, and offered gratis to filmmaker activists trying to bring attention to climate change.

So surely, his views will be reflected on his choice in cars? Correct. He is that cool, he in fact built himself a hybrid electric car called the ‘Linc-Volt’. The car itself is a large-bodied 1959 Lincoln Continental Mark IV and runs on biodiesel and electricity, expected to achieve up to 100 miles per gallon on the highway.

Young took his new pride and joy on a road trip to the car’s Detroit origins. His goal is to raise awareness of the feasibility of electric cars within the mainstream consciousness and he also made a documentary film about the journey.

In a TV interview back in 2008, Young said “The reason behind the Linc-Volt is pure and simple, we wanna eliminate roadside refuelling and make a difference. Not because I have to but because I want to.”

One of the most well know American-Canadian actor, producer, screenwriter, singer, and director, George Clooney, is one of the very first celebrities to adopt an electric car, owning his first one in 2005.

What many people don’t know about Clooney is he is a huge fan of motors, with a wide collection of cars and motorbikes.

Clooney is a proud owner of the unique Tango T600 EV, first introduced by Nick Woodbury.

In 1982, the problem to congestion was solved, when Nick Woodbury created a car so short and thin that you could actually fit two in one lane and take up less space than a standard car. It took Woodbury around 20 years to launch ‘Commuter Cars’ and turn his idea into a battery-powered two-seater concept. Amazingly, it is only 39-inches wide and 101-inches long but can go from 0-60mph in four seconds and has a top speed of 150mph. Pricing in at a staggering £100,000 ($120,000), guess who bought the very first one? Clooney of course.

With his taste for EV’s, of course he had to have a Tesla Roadster. In 2008, Clooney treated himself to a Tesla ‘Signature 100’ Roadster, an all-electric sports car with a huge range of 200 miles. Is it surprising these cars sold out in less than a month?

To top off his electric fleet, he purchased the Lexus LS in 2012, a four-door saloon that has been the flagship vehicle for the brand famously described by Alan Partridge as the ‘Japanese Mercedes’. Apparently, he uses this car to blend in and dodge the paparazzi.

Laura joined Nationwide Vehicle Contracts in 2019 as a Digital PR Executive. Laura is also a Journalist in Media City, broadcasting in Television and Radio news. She has previously performed on the West End in London and is a Lancashire level tennis player in her spare time.
Top