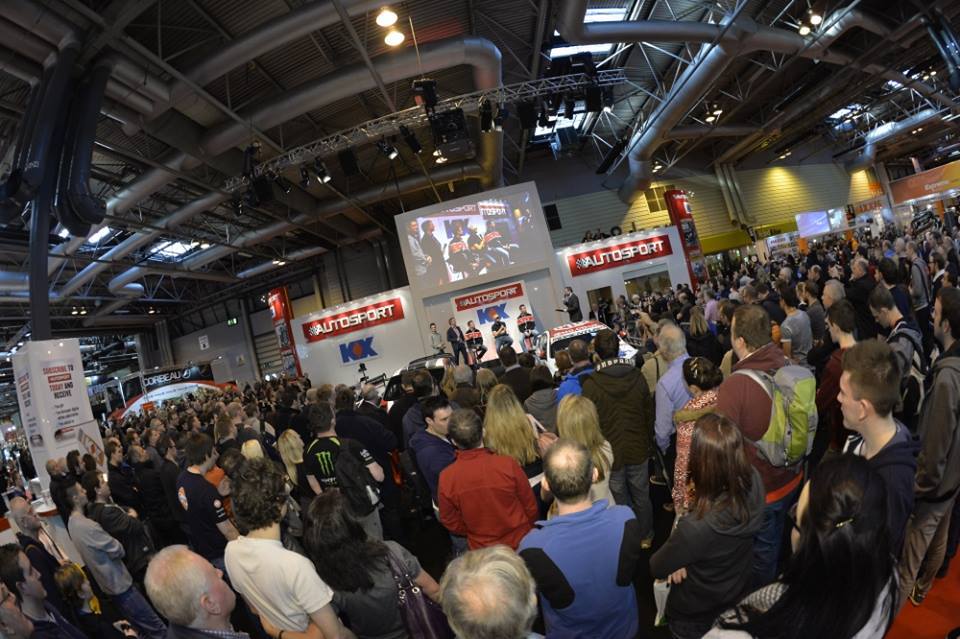 The annual kick off point for the motorsport scene hits its focal point once again this coming weekend, as the 25th anniversary of the Autosport International Show takes place once again at Birmingham’s National Exhibition Centre from the 8th to the 11th of January.

For the avid motorsport fans, there will be personalities from the racing world, as well as a host of Formula One cars, historic racing cars of pedigree, touring cars, amongst the high-octane fuelled monsters that put shivers down any petrolhead’s spine.

It’s been fifty years since Jim Clark won both the Formula One World Championship and the Indianapolis 500 for Team Lotus, as the Classic Team Lotus operation will be proudly displaying his title-winning Lotus 33 that he used to great successs that season.

There will also be a 10-strong field of Brabham Racing cars that include the 1981 F1 championship-winning BT49, driven back then by Nelson Piquet, as the Historic Sports Car Club pay tribute to the late Sir Jack Brabham, whose son David will also be in attendance at the Brabham Racing stand.

Other cars that are being brought along are the Cooper T53 that Sir Jack won the 1960 F1 title with, as well as the 1990 Mercedes-Benz C11 sportscar that dominated the championship that season, winning all bar one of the races.

Guests that are attending the show in person include FIA World Rally and World RX Champion Petter Solberg, who will also be performing at this year’s Live Action Arena Show, which will again be hosted by Sky Sports F1’s David Croft.

FIA WEC champions Allan McNish and Anthony Davidson will be attending, along with ex-F1 and DTM racer David Coulthard and recent F1 debutant for Caterham, Brit racer Will Stevens. This is as well as recently crowned British GP3 Champion, Essex racer Alex Lynn, who is part of the Red Bull Junior program.

One series that also draws a crowd is the British Touring Car Championship, who will have at the very least, four champions from their ranks in the form of soon-to-be defending champion Colin Turkington, Andrew Jordan, as well as Gordon Shedden and three-time champion Matt Neal.

There is something for everyone when it comes to the type of machinery that will be displayed, from the F1 Racing Grid, to a fantastic rally car display, as well as a host of other machinery that includes the car racing in the FIA Formula E Championship, the Spark-Renault SRT_01E.

For those that love their supercars, the Performance Car Show will be displaying some of the current crop of vehicles that are at the pinnacle of automotive nirvana, which includes the Lamborghini Huracán, the McLaren 650s, BMW i8 Hybrid sportcar, the iconic Ferrari F40 and its heavily-advanced descendant, the LaFerrari.

Apart from all this action, there is also the annual Dan Wheldon Karting Trophy event, which is held every year to raise money via the Dan Wheldon Tribute Fund, which raised £7,000 at last year’s event.

It saw the likes of Adam Morgan, Dan Welch, Steve Parrish and Toy Corser compete in the three-hour event. That will be taking place on Saturday the 10th, and starts at 6pm.

The show also brings exibitors from across the country, as Britain is still one of the biggest providers when it comes to motorsport, its teams, its infrastructures and service and accessory providers. Roll on for the next 25 years!