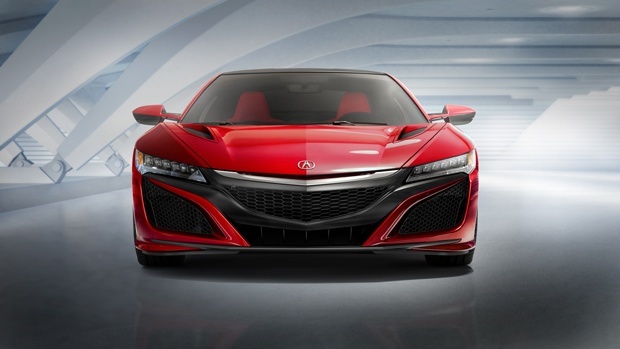 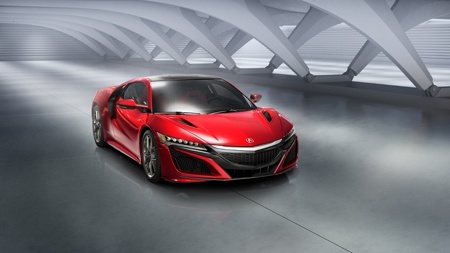 Philip Crossman, managing director of Honda UK, commented: “There’s no denying the past six or seven years have been tough for the Honda brand but with the fruits of a massive R&D investment now coming to the fore, 2015 is our year and the sleeping giant is awakening.  Geneva is our spring board to explode the Honda brand back to where we belong, with these outstanding new products, along with our F1 partnership, making us a desirable proposition once more.”

Eagerly anticipated in Geneva is the global premiere of the British-built Honda Civic Type R production car. Already described as a 'race car for the road' , the Honda Civic Type R will be the most extreme Type R ever built as it shows off blistering performance and thrilling dynamics with the ultimate aim of setting new standards in the segment. The car uses, for the first time in the world, Honda’s new 2.0 litre VTEC Turbo engine along with some pioneering new chassis technologies and aggressive function-led styling which work together in perfect harmony to "deliver one of the most immersive and rewarding driving experiences available in any sector."

(If you can't wait until Geneva, which starts on March 3rd, you could take a look at the dedicated Type R micro-site at www.redline.global where you can tantalise yourself even more to the point of delirium to gain access to exclusive snapshots of the performance hatchback ahead of its Geneva debut.)

And then, following on from its global debut in Detroit, Switzerland will be the first European country to see the much-anticipated production Honda NSX when it debuts in Geneva, twenty-five years after the original was first premiered. Honda state that: "The hybrid supercar has been specifically created to deliver a new sports experience [to] challenge conventional beliefs about the supercar segment."

The New HR-V and Jazz

Debuting at the Geneva Motor Show will be production models of Honda’s all-new HR-V and Jazz ahead of their market launches later in 2015.

The all-new HR-V combines the styling of a coupe seamlessly with the toughness, space and utility of a SUV in a B-segment crossover that is sporty, full of character and versatile. It is a chance for Honda to re-enter the segment that Honda itself pioneered back in 1998 with the original HR-V, but this new model is much moved on from that with its eye-catching exterior styling, fun-to-drive performance, class-leading fuel economy and unmatched interior spaciousness.

On to the third-generation of the classic Honda Jazz, this car has been redesigned from the tyre treads right up to the top of the aerial with a sophisticated new look and an upgraded interior, as well as a brand new 1.3 litre petrol engine.

Looking to the future with fuel-cell

The whole aim of the FCV Concept is to provide significant gains in packaging, interior space, cost reduction and real-world performance, as it demonstrates the exterior and interior styling evolution of the next-generation zero emissions Honda fuel-cell vehicle - all that on top of a driving range that it is anticipated to reach in excess of 300 miles with a refuelling time of just three to five minutes.

Finally, on display at Stand 4250 in Hall 4 at the 85th Geneva Motor Show that lasts from 3rd to 15th March will also be the 2015 McLaren-Honda Formula 1 race car ahead of its competitive debut at the season opener in Melbourne, Australia on 15 March. Honda are hopeful that the new partnership will be able to create a legacy that will be able to surpass the original car that managed to win four Constructors’ World Championships between 1988 and 1991with Ayrton Senna, Alain Prost and Gerhard Berger at the wheel.