How dangerous is it to drive when you are tired? 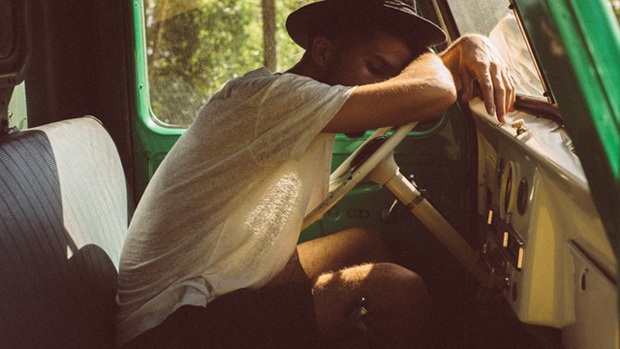 Falling asleep at the wheel: Image via Pexels

The answer is simple: VERY! After all, you are in charge of a piece of heavy machinery capable of travelling at speed that can injure drivers, passengers and pedestrians - even causing death.

The problems of driving whilst tired are important enough for the UK Government to have a leaflet entitled "Tiredness Can Kill" which has lots of information on the dangers of driving while tired.

Did you know, for example, that if you find yourself being sleepy during the day because of a medical condition such as Obstructive Sleep Apnoea Syndrome (OSAS) - the most common sleep related medical disorder - it is your responsibility to inform the DVLA because it can affect your driving? Failure to do so can result in a £1,000 fine if you are involved in an accident, and possible prosecution.

Other conditions may cause sleepiness/tiredness such as Parkinson’s disease, Multiple Sclerosis (MS), Motor Neurone Disease (MND) and Narcolepsy, and medication for these illnesses may only exacerbate the problem of tiredness.

Many of us drive when tired, some due to modern lifestyles that involve early starts and late finishes, some due to family commitments such as children's activities or a new addition to the family and some due to a hectic social life; but the simple fact is that there is no excuse for falling asleep at the wheel and it is not an excuse in law. 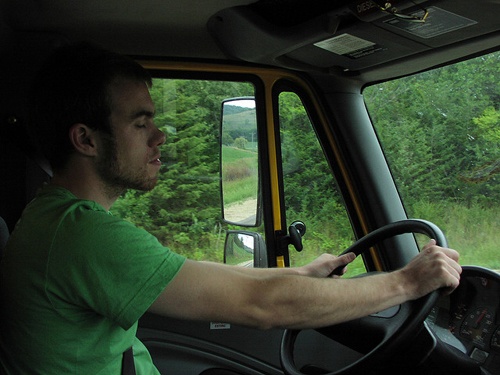 Up to 20% of accidents on motorways and other types of roads that involve what could be termed as 'monotonous driving', with fewer interruptions and  challenging scenarios to keep drivers alert and attentive, may be caused by drivers falling asleep at the wheel, with 18–30 year old males more likely to doing this when driving late at night following an occurrence of excessive tiredness due to a lack of adequate rest. And further figures from THINK!  say that 40% of accidents involve commercial vehicles.

Safety charity Brake advise that any crashes caused by drivers falling asleep typically involve vehicles running off the road or into the back of another vehicle. With drivers not reacting to brake before crashing, these accidents tend to take place at high-speed so the risk of death or serious injury is high

Even if 'full' sleep doesn't occur, reaction times, attention span and control of the vehicle are all affected.

There are 'blackspot' times that tiredness is more likely to happen. These are:

The Government's "Think" campaign revealed studies that showed that drivers don’t fall asleep without warning, and often try to fight off drowsiness by opening a window, or by turning up music - even singing along in an attempt to ward off the effects of tiredness. Sadly, this doesn't work for long. 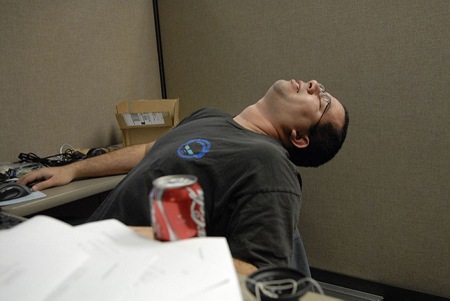 Grab some sleep before you drive: Image via Flickr User Star5112

Research shows that normal sleep does not happen without warning, and warning signs such as increased difficulty concentrating,  yawning, heavy eyelids, eyes starting to ‘roll’, and head drooping as the neck muscles relax need to be taken notice of - whatever is waiting at the other end of the journey and whatever the urgency.

And drivers especially need to be aware of microsleeps.

"A ‘microsleep’ occurs when someone nods off for between two and 30 seconds without realising or remembering it [18], often known as head-nodding. This occurs when people are tired but trying to stay awake, most common in monotonous situations, like motorway driving at night."

And the problem with microsleeps, besides the fact that there is a complete lack of concentration for the time 'asleep', is the actual time 'asleep'. Drivers often believe that they have just briefly nodded their head, but they may have actually been asleep for up to half a minute, completely unaware of anything around them. This can obviously be fatal: "If you nod off for just six seconds while driving on a motorway at 70mph you would travel nearly 200 metres, which is more than enough time to veer across three lanes of traffic and off the road or into the central reservation," say Brake.

What is the law on driving tired?

If you cause a death while driving tired, you can be charged with death by dangerous driving. The maximum penalty for this is 14 years in prison. Police can prove that tiredness caused the crash by investigating just how long you’d been driving, what you were doing beforehand (e.g. how long you had been awake for), the type of impact, eyewitness statements, and marks on the road (e.g. for evidence of lack of braking), which can all indicate whether the crash may have been caused by tiredness.

Professional truck drivers use a tachograph to record how long they had been driving and whether they had taken their legally-required breaks. This will form part of the investigation if a professional driver is involved in a serious crash.

And then there is the law to do with informing the DVLA of any medical condition that causes daytime sleepiness that we mentioned earlier.

There are ways to not 'drive tired' - and none of them involve keeping on driving! Trying to fight off sleep is a battle that can never be won, and it will often not just be a driver that suffers from the fight being lost.

According to Brake, 85% of sleep-related crashes involve male drivers, at-work drivers particularly at risk from tiredness, because they typically spend longer hours at the wheel.

Unfortunately, many drivers continue to take the risk of driving while tired, possibly unaware of the risks of driving after less than five hours’ sleep.