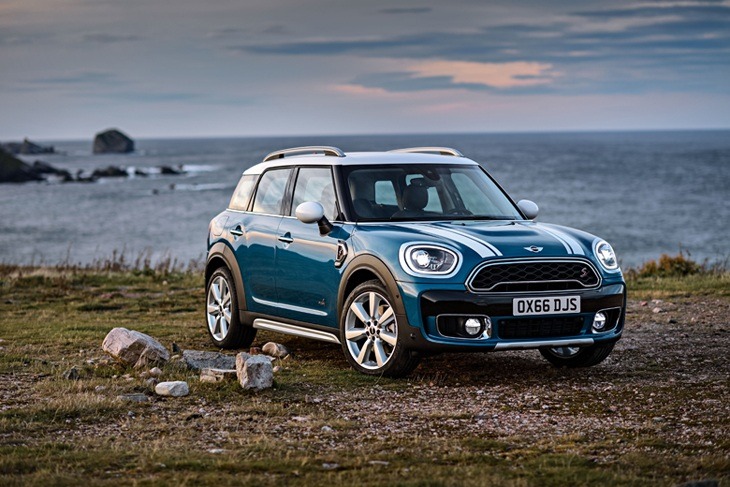 The MINI Countryman is one of MINI's most popular cars available to lease from Nationwide Vehicle Contracts, and its popularity shows no signs of slowing down with the release of the latest model. 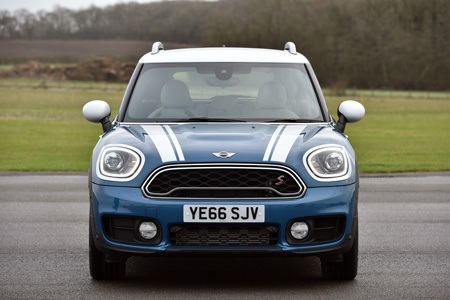 The new MINI Countryman is the biggest and most versatile model to be launched in MINI's 57-year history, offering not only the space and comfort that comes with larger external dimensions, but also new features such as electric tailgate control with touch-free opening and a fold down picnic bench at the rear.

Fusing familiar MINI styling with the tough look of a crossover (thanks to the extended ground clearance, large wheel arches and short overhangs), and powered by an all-new range of engines sourced from the latest MINI TwinPower Turbo generation, the new MINI Countryman also offers a MINI first: a plug-in hybrid model in the shape of the new MINI Cooper S E Countryman ALL4.

20cm longer than its predecessor, 3cm wider and with a 7.5cm wheelbase length increase, the new MINI Countryman is the largest MINI that you can get, but it's still got that MINI aura. 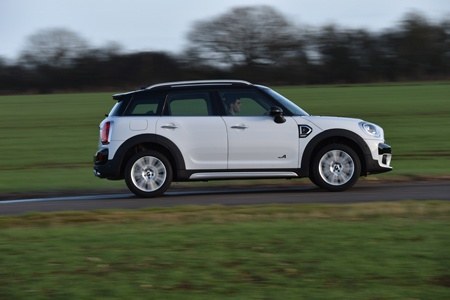 The familiar ‘floating roof’, large headlamps and hexagonal radiator grille are all present, but now it look somewhat bigger (and is) helped by the standard-fit roof rails in satin-finished aluminium with silver-coloured side sill tops.

In addition, when it comes to the design, asymmetric headlamps with LED lighting options, and vertically arranged rear light units differentiate it from other MINIs.

Inside, ambiance is improved with more space, improved design and a new operating and vehicle display concept where the "hallmark MINI central instrument is integrated in the instrument panel, surrounded by an LED ring that provides a lighting display in response to driving situations by way of feedback from the controls." 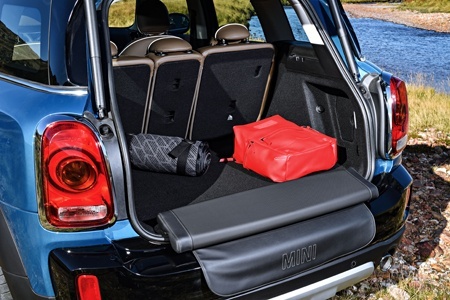 There is more head and shoulder space for both driver and front passenger, who can also adjust seating more to their liking (even electronically as an option), while rear passengers can number three comfortably with both leg space and car width increased alongside easier entry thanks to enlarged rear door openings.

The rear seats system offers a 40:20:40 split and a variable tilt angle, working with the 450 litre boot space to allow 1309 litres when all folded down. That's a whole 220 litres more than previously.

An optional electric tailgate with touch-free opening and closing allows easier access, and a couple of other options are also available to help out: A storage package comprising of a variable load floor, lashing eyes and tension straps and a stainless steel insert on the loading sill, and a flexible surface that folds out of the luggage compartment and makes a picnic bench with seating for two people.

There's a choice of four new engines available at the launch of the new MINI Countryman - two petrol-powered variants and two diesels - and there will also be a plug-in hybrid MINI, the Cooper S E Countryman ALL4.

The new EU6-compliant MINI TwinPower Turbo engines have already been road-tested in other recent additions to the MINI family.

When it comes to petrol engines, both the 1.5-litre three-cylinder in the Cooper Countryman and a the 2.0-litre four-cylinder in the Cooper S Countryman feature turbocharging, direct fuel injection with centrally positioned injectors, variable camshaft control on the intake and exhaust side (double VANOS) and fully variable VALVETRONIC valve control technology. This enables the Cooper to produce 136 hp and 220 Nm of torque in the Cooper, with a 0-62mph time of 9.6 seconds and fuel consumption and emissions figures of 51.4 mpg/126 g/km; and the Cooper S 192 hp with 280 Nm of torque, 0-62mph in just 7.5 seconds, 45.6mpg and 141 g/km of CO2 emissions. 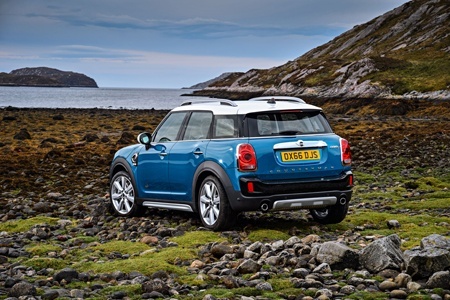 The MINI Cooper S E Countryman ALL4 is MINI’s first plug-in hybrid, taking inspiration from, and drawing expertise from the range of BMW iPerformance vehicles belonging to MINI's parent.

A three-cylinder turbocharged petrol engine with MINI TwinPower technology produces 136 hp and 220 Nm of torque, with a synchronous electric motor housed under the floor of the luggage compartment and offering 88 hp and 165 Nm of torque, powering the rear wheels.

Fuel consumption and CO2 emissions are very low, with 134.5 mpg and 49 g/km respectively, and the Cooper S E Countryman ALL4 can travel up to 25-miles on electric power alone.

In addition to a sturdy construction and a full complement of airbags, the new MINI Countryman offers a standard collision warning system with city braking function that can be extended to include the Driving Assistant system with camera-based active cruise control, pedestrian warning with initial brake function, high beam assistant and road sign detection.

Standard equipment prior to the addition of a Pepper, Chili or Sport pack now includes many features previously only available as an option. These include:

Many options are available including a broad range of exterior paint finishes, seat upholstery types and interior surfaces to enable individualisation to reflect personal style, including the aforementioned packs.

The most popular is the Chilli Pack, which offers automatic air conditioning, MINI driving modes, sports seats (trimmed in part-leather or cloth/leatherette) and LED headlamps amongst many other items.

The MINI Yours Pack offers:

And the MINI Activity Pack features sliding rear seats, the picnic bench and the automatic tailgate amongst other items.

Looking to lease the MINI countryman? Then Contact one of our Customer Service Representatives now to discuss the leasing options we have available.