Is the Hyundai IONIQ the Future for Hybrid Vehicles? 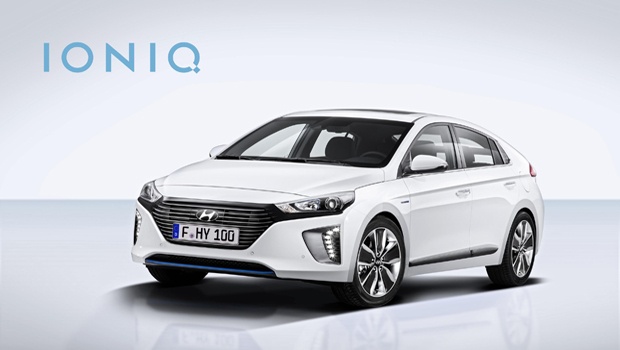 With the number of electric and hybrid vehicles on the world's roads increasing, any research or new concepts being developed by car manufacturers has to be taken seriously. And the word coming out of South Korea is that Hyundai's IONIQ concept, recently unveiled at their Research & Development Centre in Namyang, could well be seen as part of next generation of hybrid vehicles.

Rag Jung, Head of Project Management Division at Hyundai Motor R&D Center, certainly thinks so: “IONIQ embodies Hyundai Motor's new thinking and bold ambitions for the future. This world-class dedicated hybrid will be the starting point of our future mobility.”

The Design of the Hyundai IONIQ Concept

The designers at Hyundai started with the architecture of the IONIQ Concept, especially looking at how the car is structured with regards not only to all-important rigidity (to ensure safety) but also to the overall weight of the car.

The IONIQ is the world's first car to carry a choice of three efficient and ultra-low emission powertrains within its chassis, so the design had to allow for this - hence the fact that the IONIQ boasts 53% Advanced High Strength Steel combined cleverly with lightweight aluminum in its construction. By using these materials, the new model saves 12.6kg (45%) of weight by using aluminium particularly in the casting  of non-structural bodywork such as the hood, tailgate and suspension components. Yet, where is really matters, where crash structure or energy absorption is necessary, the structure features Advanced High Strength Steel that can withstand significant collision forces.

Weight distribution is another part of the new IONIQ Concept that is important to a car manufacturer that wants the vehicle to have a dynamic ride and handling at its very core, something that they hope will set the IONIQ apart from other hybrid vehicles. So to do this, they have positioned the car’s batteries in a low and forward position to achieve a low center of gravity that enables highly responsive, stable cornering, and have also fitted a dual lower arm multi-link suspension at the rear to help with this too.

Inside the Hyundai IONIQ Concept

So, with the design architecture sorted out, thoughts turned to just what drives the Hyundai IONIQ. And, as stated before, it is planned for the full IONIQ range to feature a choice of electric, plug-in hybrid and hybrid powertrains, a world first for a single model. At the unveiling in Korea, it was the hybrid version that was shown off for the first time.

The new 1.6-liter Kappa GDi engine was developed exclusively for Hyundai Motor’s hybrid engines, and it combines with the permanent magnetic electric motor to deliver maximum outputs of 105PS and 47PS – engine and motor respectively. And in the motor itself, thermal efficiency of 40% is achieved, which is a class-leading statistic, while the head and block is split for optimized cooling.

And, to further improve fuel consumption and CO2 emissions, there is a 200 bar high pressure 6-hole direct fuel injector.

And with it being a hybrid, the technology involved in the Lithium Ion Polymer Battery delivers outstanding charge and discharge performance whilst optimising output from the high voltage motor and allowing for rapid regeneration - a very important part of electric motors and hybrids obviously. The hybrid-exclusive Dual Clutch Transmission (DCT) helps control the distribution of power to ensure a dynamic driving experience, the class-leading power transmission efficiency of 95.7% delivering a prompt response, acceleration performance and smooth gear changes to delight drivers with handling alongside the hybrid’s efficiency.