12 months ago, KCMG made sportscar history by becoming the first Chinese team to compete in selected rounds in the World Endurance Championship, which included the 2013 24 Heures du Mans. The team also competed in the Asian Le Mans Series, and finished runner-up to OAK Racing in the inaugural championship, with the Morgan-Nissan LMP2 car at their disposal.

The team showed impressive results, finishing sixth at the 6 Hours of Silverstone last year in its class, as well as leading the LMP2 class at Le Mans, before major technical issues forced Paul Ip’s outfit to retire in the later stages, being classified fourteenth overall.

Their progression has come in leaps and bounds in the world of sportscar racing, having secured race wins and podiums along the way. Now they focus on the next chapter in their rise to the top. The plan is for the outfit to compete in the WEC’s LMP2 category, as they now intend to race and fight against those that are the established marques in the series.

A New Partnership Is Born 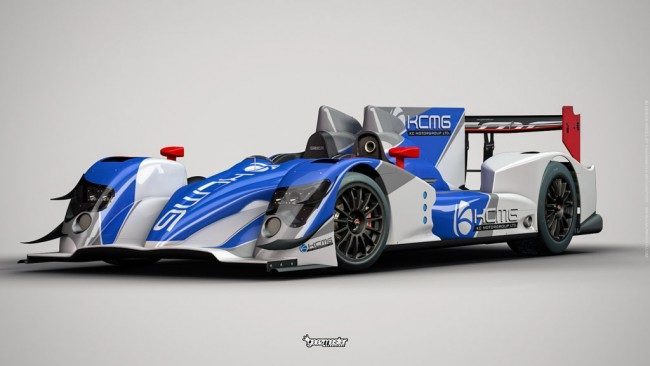 The car that KCMG will use this year, the ORECA-Nissan LMP2 (Credit: KC Motorgroup)

Their chariot now becomes a new aid in their quest for success on the world sportscar stage, as KCMG now have chosen the ORECA-Nissan 03 LMP2 as the new car to power their way forward. The French car builder’s president, Hugues de Chirac, welcomed the new collaboration, ahead of what could really be a defining season for the team, as de Chirac stated that Ip and the outfit have ambition by the bucketful.

“Asia, just like America, is a very important connection to us and I am very proud to see that such a team as KCMG has chosen the ORECA 03 LMP2.Our first meetings have been very constructive and positive. KCMG can make its mark on Chinese motorsports history in endurance racing. The team intends to conquer endurance racing and we are determined to support that process.”

The Pieces Are Being Assembled

To help strengthen KCMG’s initiatives on a global effort, a crack team of personnel hare being recruited to spearhead the team’s first full foray into the WEC, as Maarten De Busser has been named as Team Manager.  De Busser has shown his worth, as he is currently Technical Director at MP Motorsport in GP2, and will be working alongside Daniel de Jong in the 2014 campaign.

Maarten himself has been helping KCMG within different categories within the Asian racing scene, including the Chinese Touring Car Championship and the support Race Engineer in the Formula Masters China Series, but is impressed with what they have achieved in such a short time scale: “I know Paul Ip and the people behind KCMG since the very beginning of my work in Asia and we always have had close contact. I’ve always have been impressed by the KCMG approach and philosophy in motorsport. Therefore when the question came to be part of the 2014 team for the FIA World Endurance Championship and the legendary Le Mans 24 Hours, the answer was rather easy. We'll be working with the most renowned partners during this season, so I'm confident we can achieve good results." 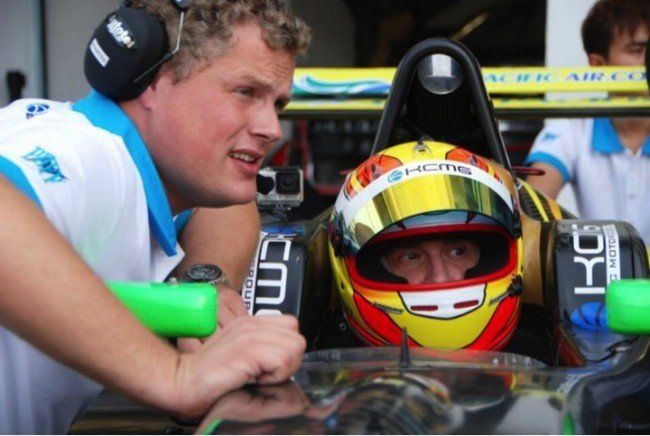 With any major effort going into a new challenge that requires those that can help to push hard when its required, Britain’s Matthew Howson and Richard Bradley, who have been racing in other series with KCMG, will share driving duties during the full scale assault. They will also form part of the three-man team that will also be competing at Le Mans in June of this year, as the 82nd running of the iconic race that saw Audi become victorious once again.

Howson and Bradley both competed in the Asian Le Mans Series, with the latter racing in Super Formula last year against the likes of Loic Duval, Andre Lotterer and Kazuki Nakajima, who all currently race in the WEC's LMP1 category.

Bradley helped KCMG to the win at the 3 Hours of Fuji, and was at the wheel for the WEC’s 6 Hours event a matter of weeks later. He is looking forward to getting behind the wheel of the new car, which is currently being tested at Aragon, with the third driver yet to be announced: “After the team’s strong showing in the 24 Hours of Le Mans and WEC rounds at Silverstone and Fuji last year, we can be confident of having a good season ahead. I’m looking forward to working with Matt, Maarten and the whole KCMG crew. More than anything, I can’t wait to kick off our campaign in front of my home crowd at Silverstone in April.”

Howson is also relishing the fight that KCMG is in for, especially as with the new technical partnership with ORECA being of potential benefit for both parties, and is looking forward to going for another title, since having joined the outfit back in 2007: “Taking part in the Le Mans 24 Hours in 2013 was a life-changing experience and the fact I am involved again with KCMG on a full assault of the FIA WEC championship feels like a massive achievement. It’ll be a steep learning curve but we have a strong team this season and more experience than last year so we have high expectations.”

Ip himself is confident of the strong driver line-up that is already in place ready for the challenge of grabbing a foothold in the LMP2 category, as they will have some fierce competition with the likes of Millennium Racing, Strakka Racing and others besides: “As an Asian-based team, it has always been our objective to expand our motorsport initiatives to a global scale and WEC has given us the opportunity to do so. The progress that we’ve shown in the past year since our debut in Silverstone has encouraged us to continue our campaign in Le Mans Prototype racing. Our plan this year is to extend our presence worldwide by committing to the season of the World Championship.”

Howson, Bradley and Ip are currently shaking down the new ORECA that they have in their possession, which is currently being tested at Aragon, but can they build on the success that came last year? It’s only a matter of time before the lights go out at Silverstone when all the testing and fine-tuning is completed.