"A moment of thoughtlessness that you have to relive in your head over and over again."

At the time of writing this, I have just finished watching the BBC Three Documentary "Licence to Kill" about the dangers that face young drivers.

Presented by paraplegic car-crash victim and TV presenter Sophie Morgan, the documentary looked at the effects of incidents on the road involving young people, from causing deaths and self-injury to affecting the lives of families. Warned at the start by the caring voiceover that it contained strong language and upsetting scenes, the promise was of a "hard-hitting and emotional look at the effects of careless and dangerous driving" - and it certainly was that. 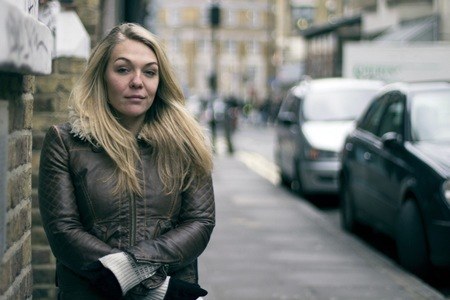 Footage of crashes and CCTV of speeding cars showed some unbelievable stupidity on the part of some drivers, and the case of young people wasn't helped by comments of some of those attending a car cruising rally in Manchester like "30 miles per hour is such a boring speed," "It'll never happen to me," and "I'd rather be killed than paralysed" - the last comment incredibly made to Sophie as she sat in her wheelchair asking them questions.

That night there were no crashes or fatalities, but at another 'cruise' later that month, and 18 year-old male motorcyclist and a young girl also on a motorbike bike collided at a speed higher than the legal limit with the boy dying instantly and the young girl after time in hospital. An inquest could not determine blame and the families are still blaming the other for the crash with animosity running high.

There was an interview with a motorbike rider who was crashed into by a driver racing another at 70mph on a public road to show off. Chris had had to wear a painful metal halo to help heal his broken neck, spent months in hospital, will spend another year preparing to go back to a job at a reduced ability and then found out that the perpetrator of the crime against him had admitted dangerous driving.

But then he was hit with the fact that even though dangerous driving is the most serious offence that a driver can be charged with without causing actual death, the maximum sentence that his 'attacker' could receive would be 2 years in prison (since changed to 5 years since December 2012 under the new offence of causing serious injury by dangerous driving). The young driver was actually found guilty and sentenced to 16 months in jail, but Chris said that he felt like driving a car into him so that he would be got injured as he was. "I'd happily do a year to let him go through what I've been going through," he said. 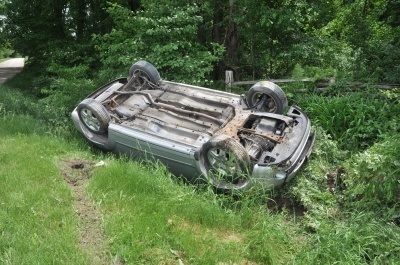 Then there was a young girl who lost control of her car on a bend, let the back end slip and smashed into a tree; shaking her up but killing her boyfriend sat next to her. Over time, despite the judge at the court hearing not sending her to jail because she "had suffered enough" killing the man that she loved, their group of friends were divided over it - some called her a murderer and her boyfriend's family insisting that she should have gone to jail. as the documentary said: a momentary lack of concentration has left her with a life sentence of knowing that she killed the person that she loved.

But the main story that the documentary seemed to feature on was the effect that a car crash had on both the perpetrator and the victims.

18 year-old Manchester City 'starlet, Courtney Meppen-Walter, was driving his Mercedes at nearly twice the speed limit in September 2012 when he smashed into a Nissan Micra that had pulled out of a junction, killing a mother and an uncle, leaving two teenage boys as orphans. Because he had been driving at nearly twice he speed limit, the 'accident' was his fault, and the documentary followed the young footballer as he went to the police station for the first time and viewed his reaction on seeing the CCTV footage for the first time - seeing his sorrowful attitude change to one of complete contrition - and also the Singh family as they coped with not only the deaths of two family members but the fight for life of one of the young brothers - thankfully a fight that was won.

As Courtney said: "Sorry won't fix anything but it's happened now. I'm more than sorry," and then found himself sentenced to 16 months in prison for the offence. Sophie Morgan admitted that she felt conflicting sorrows for both the Singhs and Meppen-Walter, but I wonder if she would have felt the same if she had known that Courtney had been given a speeding conviction just six months before the fatal crash. 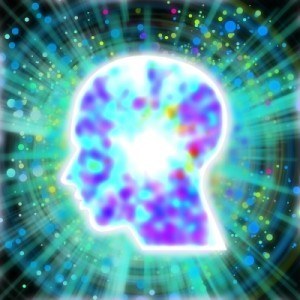 26,500 young people under 25 are disqualified from driving every year, and 1 in 3 of every person involved in a road incident is under that age too. Combine that with the fact that speed is a factor in 25% of all road collisions, and it is an obvious conclusion that young people with power at their feet are a problem.

There is a significant scientific reason as to why young people tend to take that extra bit of risk on the road. Scientists have shown that the part of the brain that controls risk-taking doesn't usually develop until the mid 20's, but that wouldn't hold up in court as a reason for speeding.  And stupidity, as demonstrated by some of the young drivers at car cruises, isn't either. 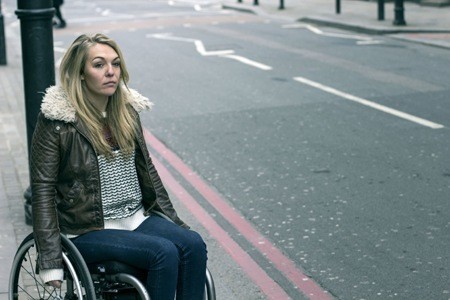 Sophie Morgan was 18 when she overturned her car on a bend as she was driving, and ended up with the realisation in hospital that "I couldn't feel my legs or move my lower body - and never would again." Going back to the scene of the accident, and meeting up with people that she nearly killed in the car with her as she drove to a party at 4am on a night out after celebrating her A level results was, despite the lack of drink involved in her crash, a sobering occasion.

Sophie was lucky. She says it herself despite the fact that she will never walk again. "I would easily choose to damage myself rather than live with the guilt of taking a life," she says.

But what did the documentary show?

It's obvious that speed kills but people don't realise just how much their actions can affect others until it happens to them - and certainly that is the case with young people. Putting a 'killing machine' straight into the hands of someone who has answered questions on a screen and performed well on one day isn't the best idea that anyone has ever had. But perhaps showing them the effects that that a moment of thoughtlessness can cause is one of the deterrents that can be used?

There was footage of a presentation where families of victims of car crashes talked about how their lives were changed, and how they became victims themselves; and the effect that the presentation had on the young audience was palpable - but for how long? I have been to talks where I came out full of determination to follow their leads, and two weeks late I had forgotten it all thanks to peer pressure.

So perhaps follow-ups are needed, and as Sophie Morgan says, education is more of an answer than restrictions such as curfews and other such bans on young drivers. In America and Australia there are restrictions on night driving and car passenger numbers for young people, with Northern Ireland having a speed restriction of 45mph for those who have just passed their tests. But would that work in the UK or just lead to more convictions and risk-taking?

The documentary certainly hit home that anyone who is guilty of any sort of traffic 'accident' is responsible for themselves and will have to live with the consequences; but there is still an attitude amongst all drivers, not just young people, that "It will never happen to me." Obviously we all hope that it never will, but maybe an attitude of "facing up to the facts" that would help the dangers of dangerous and careless driving hit home?

There is a thin line between "Careless" and "Dangerous" just as there is between "Accident" and "Incident." Maybe showing just what that thin line is would make people think more rather than sugar-coating the facts as adverts for things like drink-driving, drug-driving and 'seat belt wearing' do now.

And a cut-down version of this documentary to 30 minutes (allowing for the attention span of the average teenager) being shown at EVERY school and college in the country would help!

(If you missed it, check it out on the BBC IPlayer Now! And get any children of driving age or near it in your house to watch it, and then talk about it afterwards. It could save their lives, your lives and someone else's too!)