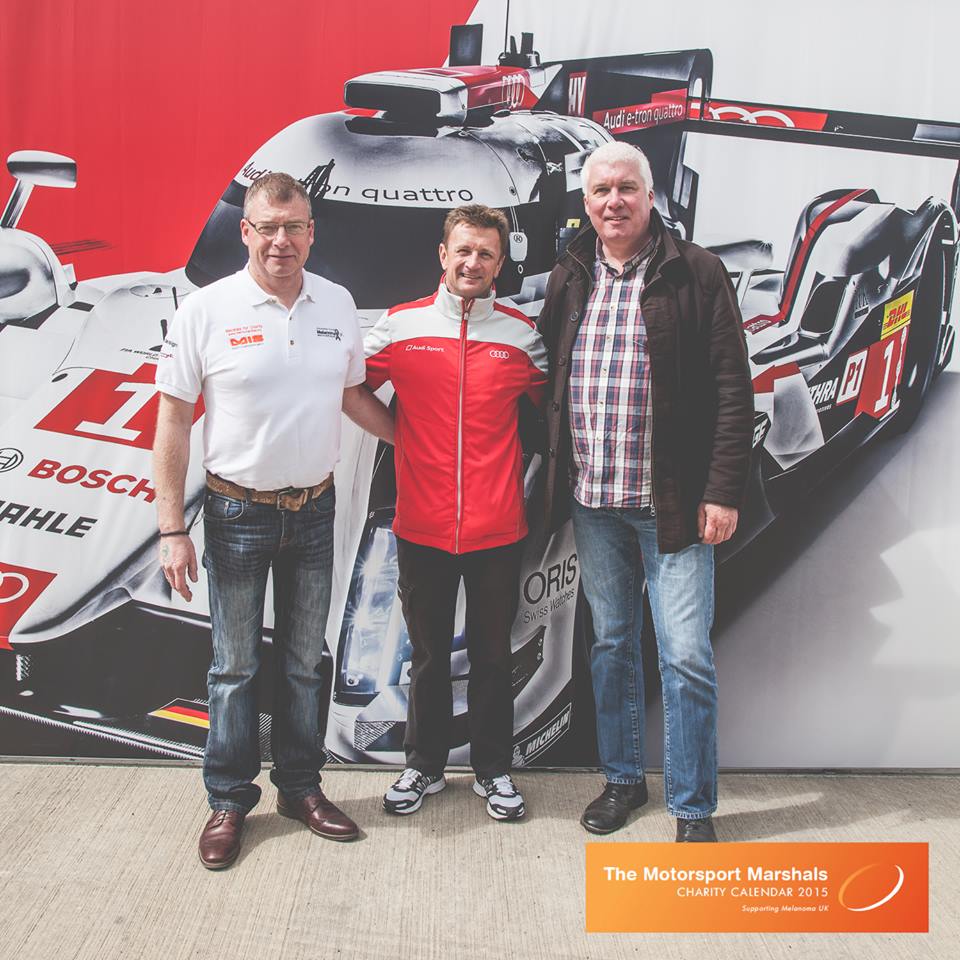 The motorsport community is a very large one, no matter the role someone takes, be it as a racer, team boss, journalist, or one of the many volunteer marshals that populate tracks around the United Kingdom, who do a fantastic job making sure that our tracks are kept safe.

But when one of the community is affected by a major illness, we all hope and pray for the best, as well as support them in whatever way we can. This was true of the situation that arose with British Motorsport Marshals Club’s Paul Sutcliffe, whose love of racing stems back to his early childhood.

In 2008, he was diagnosed with stage 3 malignant Melanoma, which had spread from his stomach to the lymph nodes at the top of his legs, which required major surgery. However, the cancer returned twice more, both in 2011 and last year, as Paul’s consultant, Christie’s Hospital, Paul Lorigan, informed him that the cancer will more than likely return again.

This means that Paul is on his guard to keep an eye on his condition, and report anything that could see it reoccur. However, even with the fact that he has to have regular check-ups, along with CT scans and check ups every three months, he became involved with Melanoma UK soon after his initial diagnosis.

Paul, who is a pit lane marshal based at Oulton Park, as well as being the Race Secretary for the BRSCC’s North Region, tried several times to get a calendar produced in years past, but nothing came of it.

However, with the help of two photographers in the form of Andrea Pennington and Gaynor Stocker-Cheng, the trio have been able to travel to some of the top facilities that are in the United Kingdom, enlisting the help of those that are well-known to the general public, when it comes to racing.

Over the past twelve months travelling the United Kindgom, they’ve been able to involve the following people and teams:

The calendar is currently having its first print ready for release this month, which will cost £10.00 including postage and packing. All the monies raised from this herculean effort will go towards Melanoma UK as the chosen charity, with a target of around £10,000 to be raised.

You can find more out about the work that Melanoma UK does here: www.melonamaUK.org.uk, as well as finding out about how the calendar came to be on the official website at http://charitymarshal.org.