More New Audi A6 Models Waiting in the Wings

THE NEW AUDI A6 RANGE GETS READY 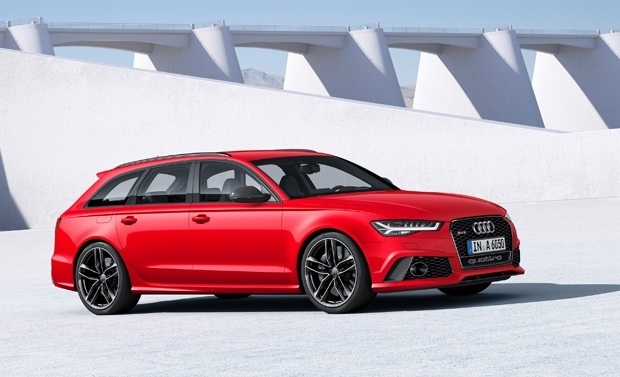 The Audi A6 has already had its plaudits lauding the first conventionally powered premium executive class car to combine groundbreaking efficiency with a full, unfettered sports specification; well now it’s ready to shift up another gear with the imminent arrival of the latest A6 Saloon and Avant ranges at the back end of 2014.

Prof. Dr. Ulrich Hackenberg, Board Member for Technical Development at AUDI AG says: “The Audi A6 sets new standards in many technical fields: the lightweight body containing many aluminum components, the powerful and highly efficient engines, the sporty chassis and the advanced assistance and multimedia systems.”

The Design Details are as sharp as ever. 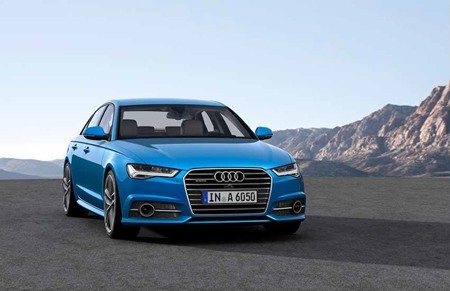 The Audi A6 has always been a bit of a sharp-looking cookie, and the new A6 is no different – unless you treat honing as a difference with revisions made to the Singleframe grille, the air inlets, the bumpers, the side sills, the rear lights and the tailpipes and the addition of xenon headlamps as standard for UK A6 SE models, and LED headlights with dynamic ‘sweeping’ rear indicators for S line versions and above.

And the sharpness and style of the outside is echoed in the spacious interior with the Avant leading the (space) way with a 565 litre load capacity that can be expanded to 1,680 litres. Inside there is an uncompromising approach to quality with colours and materials chosen for the world of premium class – highlighted by the new Lunar Silver upholstery colour choice on S line versions, along with subtle changes to specification such as an upgrade from dual-zone to deluxe four-zone climate control, new gear lever designs and additional chrome detailing. 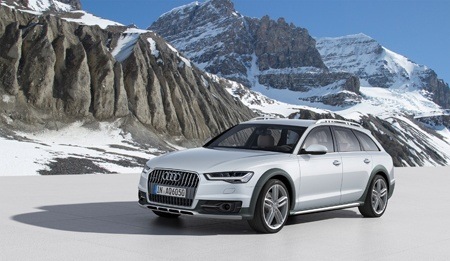 When it comes to the infotainment side of things, Audi-loving technologists will be in their element with new versions of the top-of-the-line MMI navigation plus and Audi connect elements. Now based around an 8” retractable colour monitor, MMI navigation plus is available as an alternative to the standard navigation system and uses an even more powerful Tegra 30 graphics processor from Audi’s partner Nvidia, and includes MMI touch so that the driver can scroll and zoom via a touchpad. 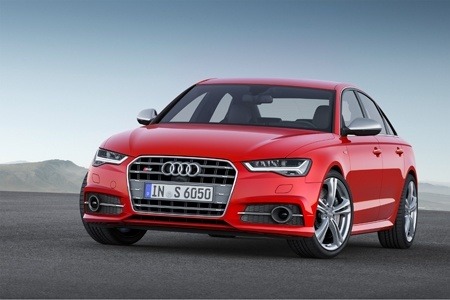 In the UK there will be four TDI engines with either four or six cylinders and either single or twin turbo charging when it comes to the new A6 and A6 Avant. Of course, all four are of Euro 6 emission standard with their CO2 emissions have been reduced by as much as 22%. 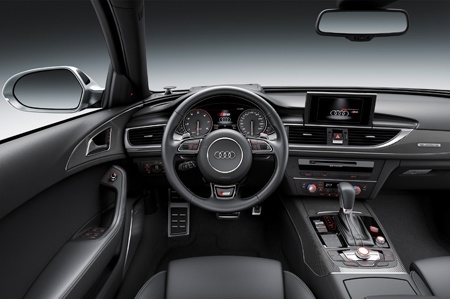 The 2.0-litre TDI four-cylinder engine with 190PS is the most efficient engine, fitted with an eight speed tiptronic automatic transmission, and this has been saved to fit under the bonnet of the ultra versions of the Saloon and Avant, ensuring that the cars boast strong performance, hushed refinement and the potential to give up to 64mpg with CO2 output from as little as 114g/km. Even the A6 2.0 TDI ultra S line Saloon with S tronic transmission manages to achieve these exceptional economy and emissions figures even though it carries the ‘burden’ of sports styling, 18” alloy wheels and extensive specification.

The trio of 3.0-litre six-cylinder TDI ‘clean diesel’ units starts with a single-turbo V6 with 218PS which replaces the existing 204PS version; is followed by a 272PS variant, also with a single charger, which takes over from the outgoing 245PS unit; and then, at the top of the range, there’s the 3.0 TDI clean diesel biturbo which produces 320PS. All these engine variants are linked to either a newly designed six speed manual gearbox or a seven speed S tronic twin-clutch transmission, although when it comes to those versions with front-wheel drive, a fully redeveloped dual-clutch transmission replaces the familiar eight-speed multitronic continuously variable transmission. 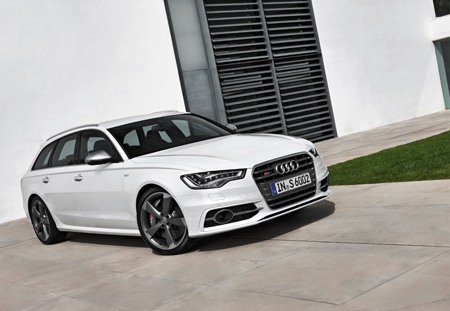 Looking at what these cars are, it is safe to say that Audi’s claim that “the new Audi S6 and S6 Avant are sports cars for everyday use” is pretty close to what any driver of the cars would say. They all use the 4.0-litre TFSI petrol engine, a twin turbo V8 producing 450PS, which allows 0-62mph acceleration in the Saloon in just 4.4 seconds, and 4.6 seconds in the S6 Avant.

When it comes to combined fuel economy the Saloon boasts an impressive 30.7mpg (the Avant 30.1mpg) with Co2 emissions of 214 grams CO2 per kilometre (219 in the Avant.) 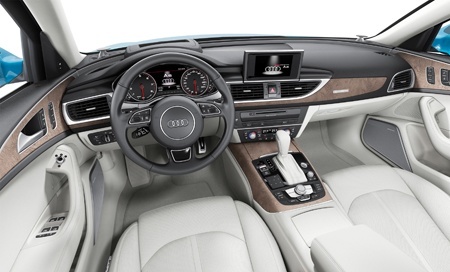 Both the new Audi S6 and S6 Avant includes quattro permanent all wheel drive in its standard equipment along with matt black brake calipers that grip the front discs mounted behind the 19” wheels, but these pale into some sort of insignificance when we start to look at what is the jewel in the A6 family crown: the RS 6 Avant.

With a top speed of 189mph and an acceleration from 0-62mph of just 3.9 seconds, the car oozes power thanks to the 4.0-litre TFSI engine producing 560PS, yet also being capable of up to 29.4mpg with 223 grams CO2 per kilometre, and looks the part thanks to its 20” wheels. Power is produced and utilised via the transference from the twin turbo V8 to an eight-speed tiptronic and the standard quattro drivetrain uses a centre differential with a higher locking rate and also features the sports differential acting on the rear axle.

The RS 6 Avant also features an RS adaptive air suspension that lowers the body of the car by 20 millimetres, but customers also have the option of conventionally sprung RS sport suspension with Dynamic Ride Control (DRC).

“With the new Audi A6, we are writing the next chapter in an excellent success story. It represents innovative technology and Audi's premium claim,” says Prof. Dr. Ulrich Hackenberg.