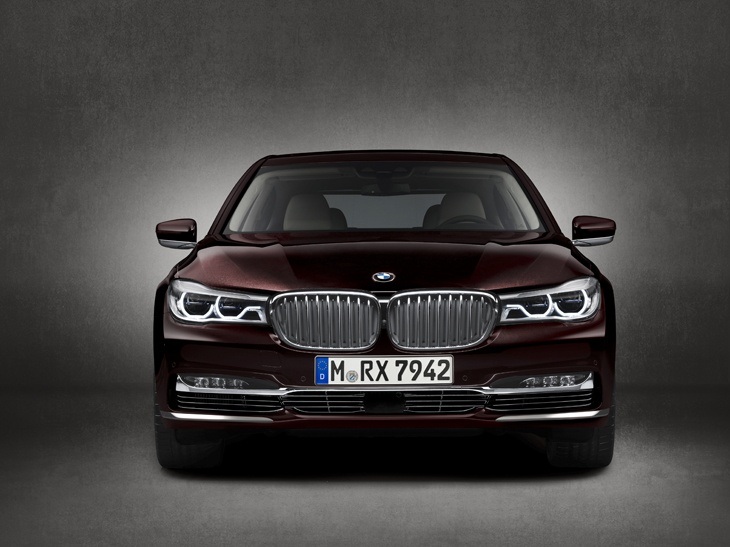 With the launch of the new BMW M760Li xDrive, the new BMW 7 Series gets itself a prestigious flagship model. And as if the 7 Series itself isn't enough for the driver who wants to make a statement, the M760Li xDrive offers up exceptional refinement,  supreme power delivery at all times, boldly dynamic driving characteristics and superior ride comfort to help the car "set a new benchmark in the luxury sedan segment."

Under the bonnet, the new BMW M760Li xDrive gives a debut to the new M Performance TwinPower Turbo 6.6-litre 12-cylinder petrol engine. And we all know what sort of figures that little baby can help achieve.

If you don't, then let us enlighten you. 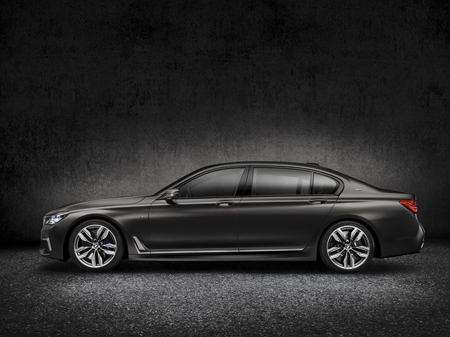 A state-of-the-art eight-speed Steptronic Sport transmission comes as standard, along with an Auto Start Stop function, and the M Performance-specific tuning of the shift programs helps to bring in sportier gear changes and more instantaneous downshifts; all adding to a driving experience that can only be described as 'authoritative'.

Along with an engine to die for, the new BMW M760Li xDrive also features: 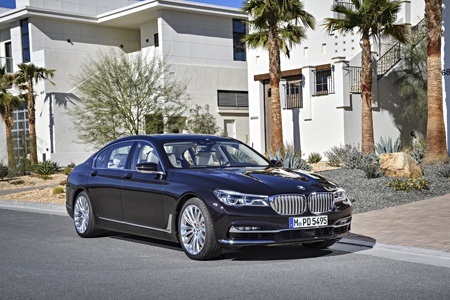 Besides being fitted with the same extensive package of innovative driver assistance systems that all BMW Series 7 Cars have, (more details can be found here) the new BMW M760Li xDrive offfers the Driving Assistant Plus system (which includes the Steering and Lane Control assistant, Lane Keeping assistant with active side collision protection, Rear Collision prevention and Crossing traffic warning functions), the Traffic jam assistant which involves semi-automated driving, and Active Cruise Control with Stop&Go function and Speed Limit Info function. There's even a  3D View and Panorama View option in the Control Display of the new generation Surround View system.

Authority and Dynamism in Design

Just one look at the exterior appearance of the new BMW M760Li xDrive and you can see just how dynamic the car is, being part of the BMW M Performance Automobiles group of cars.

The M aerodynamic package with larger air intakes in the front apron and exclusive 20" M light-alloy wheels in double-spoke 760M design with matt Cerium Grey finish are just a start when it comes to sportiness, with subtle grey trims and finishes giving it a touch of class. 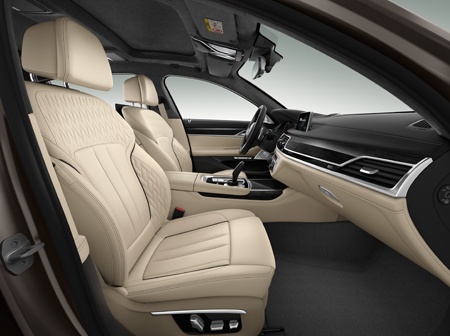 Other notable exterior features include the Cerium Grey mirror caps, V12 badges on the C-pillars, M logos on the sides of the car and xDrive lettering and model badge at the rear, along with a new M sports exhaust system with flap control; all adding finishing touches to the signature M Performance look.

Inside, the now familiar BMW M Performance character is also present and correct with the exclusive M leather steering wheel carrying the M logo and Pearl Gloss Chrome multifunction buttons on its spokes (There are also shift paddles for manual gear changes on the reverse).

An illuminated V12 logo on the door sill plates sits alongside the instrument cluster with its exclusive speedometer; there are M pedals and an M driver’s footrest, the area of the centre console around the selector level and iDrive Controller is adorned with a BMW Individual decorative inlay in Piano Finish Black and with V12 badging; and the optional Touch Command Panel in the rear compartment’s centre armrest hosts a similar V12 identifier. In fact, all around you are reminders of what you are driving and the onus that it brings. 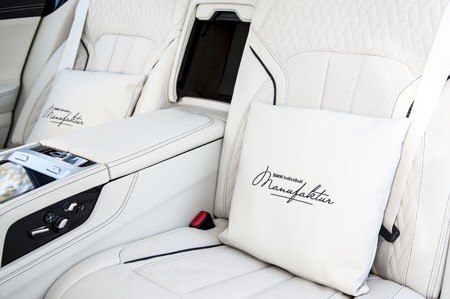 You can even up the tempo with the optional BMW M760Li xDrive V12 Excellence (available at no extra cost) which sheds the M aerodynamic package and adds 20" BMW Individual light-alloy wheels in W spoke 646 design high-gloss polished with mixed-size tyres alongside other changes that significantly alter the personality of the BMW M760Li xDrive - often for the better if you so desire.

Like all variants of the new BMW 7 Series, the monitor of the iDrive operating system in the new range-topping BMW M760Li xDrive comes in touch display form, allowing customers to navigate around the system in the same way as with modern electronic devices.

The iDrive system also features the gesture control system presented in the BMW 7 Series for the first time., allowing hand movements to be detected by a 3D sensor control infotainment functions in an extremely intuitive and user-friendly fashion. These gestures can control the volume in audio applications and accept or reject incoming telephone calls.

There is also a new smartphone holder integrated into the centre console, which enables wireless, inductive charging for mobile phones for the first time in a car.

To register your interest in the new BMW M760Li xDrive, contact one of Nationwide Vehicle Contracts' Customer Service Advisors now.