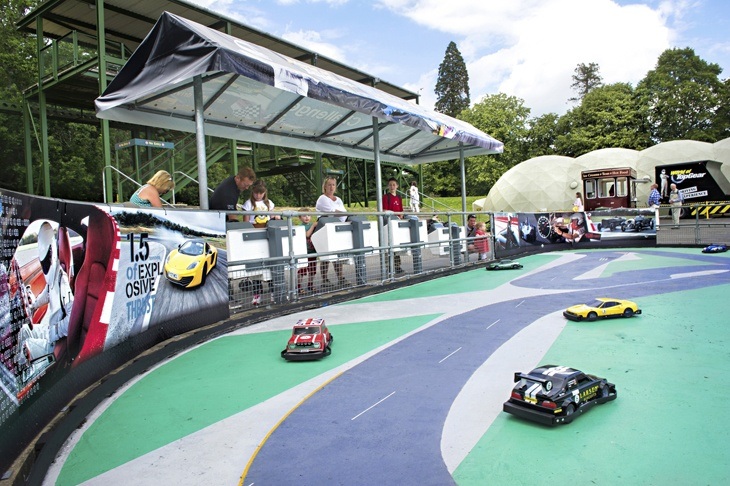 With BBC Top Gear having 'changed hands' this year, this change has been reflected in the World of Top Gear feature at Beaulieu, home to the National Motor Museum.

Beaulieu Commercial Director Stephen Munn said: "The World of Top Gear is hugely popular with many visitors to Beaulieu and we are delighted to give it a fresh, new look which brings it up-to-date with the latest series of Top Gear while displaying the highlights of its 40-year history."

The new display has some amazing new exhibits, including  the Ssangyacht - the longest limousine selfie opportunity ever - and an exciting marine feature where you can see some of the boat challenge vehicles.

And, of course, inside the Enormodrome, there is a brand new studio to reflect the style of the latest series with presenters Matt LeBlanc, Chris Harris and Rory Reid.

The past has not been forgotten though, or even glossed over, with a heritage corridor timeline paying homage to the show’s 40-year history, from first presenter Angela Rippon to the days of Formula One racing driver Tiff Needell, Jeremy Clarkson, Richard Hammond and James May. 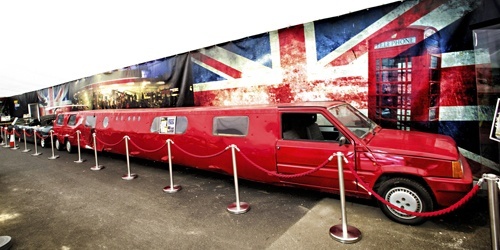 At the entrance to the World of Top Gear experience, group selfies can be taken  inside the stretch Panda limousine used to carry a celebrity to the glittering Brit Awards, before moving inside to the indestructible Toyota Hilux rising from the ashes in a haze of smoke and the roofless Reliant Rialtos driven by Chris Evans and Matt LeBlanc in their first road trip challenge. 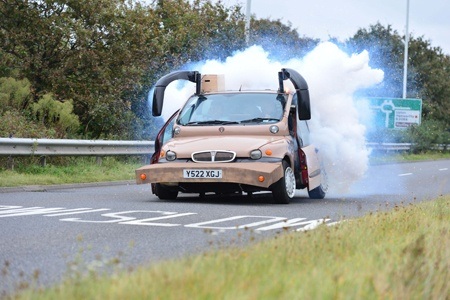 Entering the Enormodrome we find that the star of the show is the current Reasonably Fast Car, a suitably red Toyota GT86, before walking through the upcycled tyre columns to the dry marina where we can see the amphibious car challenge’s damper van and Triumph Herald and sail alongside the Nissan pick-up which crossed the English Channel. And you can get a quick photo here too if you sit in the trailer hooked behind the Jaguar XJS rail car. Maybe even get dressed up as a granny and step inside the unforgettable Fiat Multipla Grannymobile. 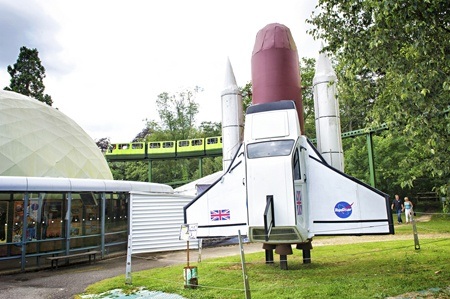 There's also memorabilia from all series throughout including:

And finally you can see where in the world the show has been filmed on a scrap art map, with toy cars placed around it....the complete World of Top Gear! 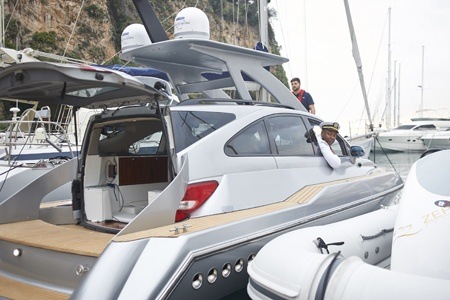 The refreshed World of Top Gear is included in a general admission ticket to Beaulieu which also offers entrance to the National Motor Museum and its collection of more than 250 vehicles, On Screen Cars, the 13th century Beaulieu Abbey, Palace House – which has been home to the Montagu family since 1538 – and its stunning grounds and gardens. To book tickets in advance online or for more information see the Beaulieu website or call 01590 612345.

And, for an extra charge, you can treat yourself to a remote-control car model race using some of the most popular Top Gear challenge cars on a scaled-down version of the Dunsfold Park track in the World of Top Gear Test Track Challenge, or enjoy a ride in the Top Gear simulator.

The refreshed World of Top Gear is now open.