Nissan at the 2014 Geneva Motor Show

It’s really no trade secret that Nissan’s goal is to be the number one Asian brand in the region, and looking at the Nissan presence at the 2014 Geneva Motor Show it would take a brave man to bet against that goal not being reached; especially in the crossover segment of the car market.

The all-new X-Trail and all-new Qashqai will be taking centre stage to help show off Nissan's ongoing crossover development, and the Geneva Motor Show will also be used as a platform to showcase Nissan's diverse innovation as it debuts a zero-emission car and the fastest and most advanced Nissan performance production car ever.

And to demonstrate faith in their own ability, Nissan has announced that 2014 will see more cars, crossovers and light commercial vehicles than ever being built at Nissan European plants thanks to existing high levels of demand for cars such as the new Qashqai and the all-electric Nissan LEAF as well as estimated demand for some of its newer models. This is good news for Nissan workers in Spain and Russia, but especially so for the Nissan Sunderland plant right here in the UK – with promises of more to come.

And it should be stated that the European plants in which Nissan cars are produced plays an important role in the success of Japanese car manufacturer, with 80 of all Nissan vehicles sold in Europe in 2013 being built in Europe; in fact, in the 30 years since manufacturing began in the region, Europe has built more than 10 million Nissan vehicles.

SO WHAT’S ON SHOW AT THE SHOW? 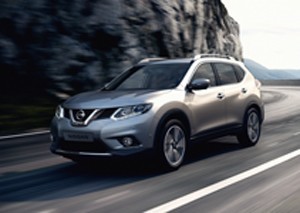 The X-Trail is now a fully-fledged member of the Nissan crossover range, and the all-new X-Trail has been designed to ensure that it combines advanced 4x4 capabilities with a the sort of classic design and engineering features that are semi-legendary in Nissan crossovers.

But this new model is no copycat; it has its own innovative new-to-sector technologies such as bi-LED headlamps, Nissan Safety Shield and a fully-integrated third-generation NissanConnect navigation and infotainment system to bring to the table.

Inside,there’s a new ‘theatre-style' seating layout, sliding second row of seats and fully-integrated third row of seats with improved leg and headroom, a result of the Renault-Nissan Alliance Common Module Family platform, meaning that the all-new X-Trail has been completely re-designed and re-engineered to make it part of what Nissan claim is “the most comprehensive and capable SUV crossover line-ups in the industry.” 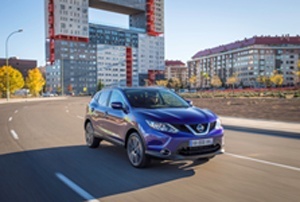 Staying with the crossover theme, it wouldn’t be a Nissan stand without an appearance from one of their two stars in the current market (along with the Nissan LEAF), the Nissan Qashqai.

Already part of a new era in crossover design, the new second-generation model was released last year to almost unparalleled joy and anticipation; and no wonder. Production at Nissan's record-breaking Sunderland (UK) plant has been pretty relentless to keep up with demand for the new Qashqai with its plethora of sector-first technologies and innovative and practical design features, and these include Nissan Safety Shield and the latest NissanConnect system with full smartphone integration.

With the e-NV200 you get “unprecedented refinement, with zero emissions and ultra-low running costs”, and looking at what makes up the electric car, that is hard to argue with.

It uses a pure electric drivetrain based on the Nissan LEAF’s to power the car, and then adds in the class-leading cargo volume of the NV200 so that the driver can make a choice between carrying people or goods – all without worrying the environment.

That choice will be made right at the start of the process (that begins in May) where Nissan are making the e-NV200 available as EITHER a van or as a five-seat people carrier in Combi or more luxurious Evalia models meaning that the target market for the e-NV200 is pretty much a business one – although large families will find it a bonus to be driving! 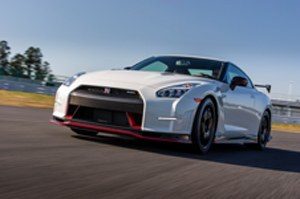 Previously only seen in concept form (and at the Tokyo Motor Show), the mighty Nissan GT-R Nismo takes a bow at its European debut as a fast and highly advanced performance production car. Trained. Tried and tested on the legendary Nürburgring Norsdschleife – with a volume production car lap record award to show for itself - the new GT-R Nismo is in every way possible a Nismo.

The new GT-R Nismo is powered by an extensively modified 600PS, 3.8-litre twin-turbocharged V6 engine, combined with a revised aerodynamic package to create an additional 100kg of downforce and a bespoke suspension set-up fine-tuned in Europe; all-in-all the most remarkable to date GT-R to date. 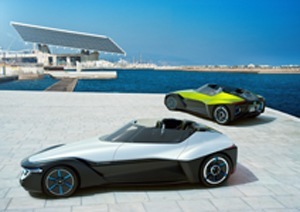 We first mentioned the Nissan Bladeglider back in November, and here it is, making its European bow.

Originally it was inspired by Nissan's innovative ZEOD RC Zero Emission on Demand race car that is due to race in this year’s Le Mans 24hr race under the event's ‘Garage 56' rules, and the Nissan BladeGlider is like nothing you have seen before short of a particularly good dream. Its radical narrow front-track design layout creates a distinctive swept-wing shape when viewed from above, and although it looks like it could topple over any moment, perfect weight distribution thanks to the placement of the lithium ion batteries and in-board motors between the rear wheels, means that it doesn’t.

Meet you at the Nissan Stand?