Petrol vs Diesel - The Eternal Choice 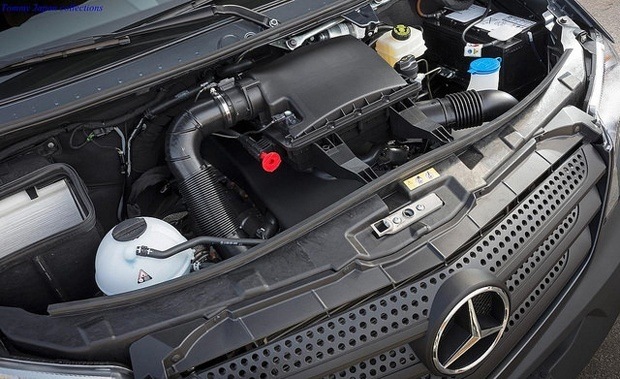 Whether you are looking at personal leasing or business leasing, not only are there decisions to be made when it comes to cost, style and personal requirement, but there is also the question of whether you should choose a diesel engine or a petrol engine.

When it comes to how they work, diesel engines and petrol engines are quite similar. Both are Internal Combustion Engines (ICE) which are designed to convert the chemical energy that is found in fuel into mechanical energy, and both engines do this via a series of small explosions or combustions. And it is the way that both engines create these explosions that is the major difference between them.

In a petrol engine, fuel gets mixed with air, is then compressed by pistons and is finally ignited by sparks from spark plugs to make the explosion. In a diesel engine, the air compression comes first, followed by the fuel injection; and because air heats up when it's compressed, it is then that the fuel ignites.

But that's not really what you want to know, is it? You really want to know what the benefits of both are when it comes to the financial side and the performance side, and how they compare; so let's take a look at them.

With this we are mainly talking about fuel economy, and there are already many ways to keep your fuel economy running at its best, whatever vehicle you are driving in; so check out our Fuel Economy Guide for more details.

But when it comes to the fuel economy differences between petrol and diesel engines, the differences that once were blindingly obvious seem to be lessening by the day.

At the moment, there is a difference between petrol and diesel prices at the pump - although it has been larger and is currently in decline - with petrol prices generally being lower than diesel. In fact, according to This Is Money, Morrisons supermarkets have diesel prices lower than petrol for the first time in 14 years. 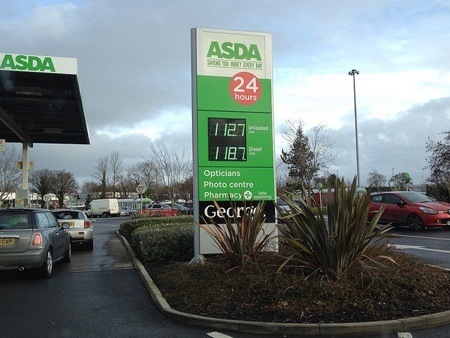 Diesel and Petrol prices are closing in on each other. Image via Flickr user: Morebyless

In the UK, diesel can be more expensive than petrol because historically, British fuel refineries have tended to concentrate all their efforts on the petrol side, making the price of diesel higher than in other European countries. But as the price gap narrows, and petrol engine technology improves, the diesel price premium that exists on cars in the UK finds itself in danger.

Thanks to this price premium, diesel cars generally cost more than petrol cars when leasing and purchasing (up to £2-£3,000 more) but it seems that this differential could be on its way out soon too.

Also, it is potentially more expensive to repair a diesel if anything serious goes wrong - with particular attention in this scenario being paid to the particulate filters, which can get clogged and damaged. The cost of a replacement filter can stretch into thousands of pounds.

When it comes to car efficiency, a diesel engine will out-perform a petrol engine (although technology is allowing the petrol engine to catch up very quickly), with the MPG of a diesel-engined car higher than that of a petrol version.

But a lot of this will depend on the regular driving habits of the driver. In a nutshell; the more miles you do in a single journey on a regular basis increases the likelihood that a diesel car will be a better choice when it comes to efficiency.

This is because diesel vehicles are fitted with something called a diesel particulate filter (DPF) - the same filter that is notoriously expensive to replace - which is part of the car or van’s exhaust system. The DPF is designed to clean engine exhaust gasses before they enter the atmosphere, and also designed to clean itself by ‘burning off’ the excess soot particles when it gets hot enough. The latter cleaning process will take place after about 30 minutes of driving at around 45mph - and if you are driving about in the town or city, you won't be able to achieve that. This will result in the filter not being able to clean itself and possibly causing itself irreparable damage over a period of time.

Therefore, if you’re typically a city driver or one that doesn’t do a large number of miles in a single journey, a petrol vehicle may be more suitable for you.

Technology has allowed Diesel engines to catch up petrol one both in performance and refinement.

Gone are the days when it was the case that diesels were always noisier and less refined than petrol engines. Admittedly, there are a lot of modern diesel engines that are pretty clunky and rackety (at low revs), but then some small  turbocharged petrol engines can sound just as coarse and produce just as much vibration.

But the drive can be a lot smoother with a diesel engine thanks to the maximum torque in a diesel car (the ‘shove’ you need to pick up speed) being available at lower revs. This allows you to change up through the gears earlier, even though petrol engines need more frequent gear changing.

If your need is for a car that can pull heavy loads, and has a rugged engine that can handle a lot of torque, then the diesel engine models are for you; but, for a sporty and more exciting ride, it's hard to look away from the claims of a petrol engine - especially those that have been tuned especially for that purpose.

Ultimately, whether a diesel or petrol vehicle is best for you will depend on your individual needs and driving preferences. You may want a good mixture of all the needs above, and you may even want to be especially considerate when it come to the environment - the fact that diesel engines emit more harmful CO2 emissions than petrol engines with a catalytic converter may sway your decision even though the difference is getting smaller.

Whatever your requirement, here at Nationwide Vehicle Contracts we can help you make that decision with a chat with one of our sales consultants who will be happy to offer advice on this topic if you’re unsure.

If it helps you make any decision, take a look at the most popular petrol-engined and diesel-engined cars that we have available to lease on some great terms from the list below.