Police Crackdown on Mobile Use by Drivers 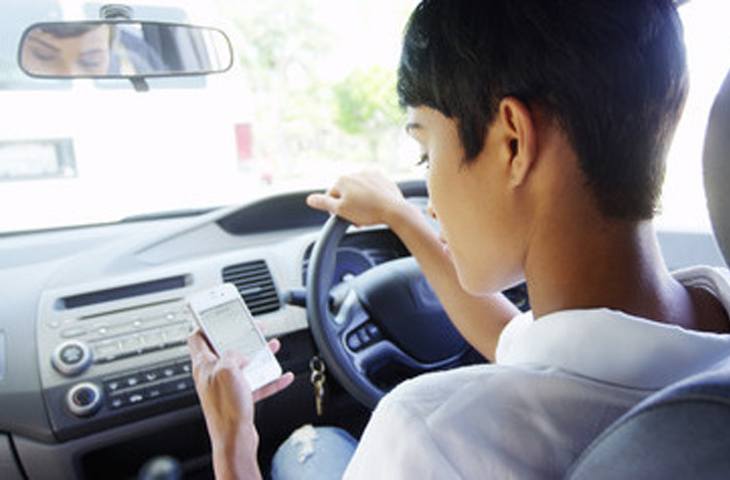 Many people will be pleased to hear the news that the police have announced a crackdown on people using mobile phones when driving, especially in the light of recent survey announced by Brake and Direct Line that revealed that "more than half (55%) of 25-34 year old drivers questioned admitted they had sent or read a text message on their mobile, while behind the wheel of their car, in the last year ."

We all know the rules (Check out our guide here) - or think we do, yet so many of us continue to flaunt them, despite it being illegal to use a hand-held mobile phone at all while driving.

GEM released a ‘Kill the Conversation’ video, which you can see below, and have recently updated it, highlighting the cost and risks of using a phone while driving.

And there is STILL no reason to use a mobile when behind the wheel, despite new technology both in-car and on-phone that can be acceptable.

As Brake say: "Driving is a highly unpredictable and risky activity, so it requires full concentration at all times. Drivers who divide their attention between their phone and the road are significantly increasing their risk of causing a devastating crash."

And despite an initial crackdown when mobile phone use became illegal, one in five young drivers (18-24) interviewed confirmed they regularly text and/or instant message when they are behind the wheel, and just under half of drivers (49%) aged 25-34 admitted they sometimes go online or use apps (other than sat nav apps) while driving.

Gary Rae, campaigns director for Brake, said: "We welcome this crackdown by police forces. The law needs to be much tougher with this type of offence, which appears to be growing in numbers.  Younger drivers, especially those aged between 25 and 34, simply aren’t getting the message about the dangers of using a mobile phone while driving. Doing any other complex task while driving hugely increases your chance of crashing. These drivers are putting their own and other people’s lives in grave danger by taking this risk. If a phone has to be used as a sat nav, it must be programmed before setting off on the journey and properly secured. There is no other acceptable way to use a phone while driving."

And if the fact that the police are cracking down isn't enough to stop people doing it, then the increase in fines and points for drivers caught using their mobile phones at the wheel from Wednesday 1 March to six penalty points and a £200 fine should do it.

We reported the plans to increase fines back in September (here) along with Prime Minister Theresa May wading into the argument, so it was always going to happen.

And road safety and breakdown specialist GEM Motoring Assist are pleased with the news that the Government is taking the severity of the offence seriously, especially, GEM road safety officer Neil Worth says: "There is serious risk in the physical distraction of holding a phone while driving. But there is also the risk of the mental distraction every driver faces when trying to do something else other than drive. We all have 100% concentration available at any one time; anyone deliberately allowing some of that concentration to be directed at something other than the driving task is comprising safety."

Young drivers seem to be taking the brunt of the anger surrounding mobile phone use behind the wheel, possibly because they are the main users of the seemingly increasing need to constantly be in touch with what is going on in a social world, even though it seems that van drivers are, and drivers of work vehicles, are just as bad (in my honest opinion). But as young people are more likely to be new drivers, six points on a licence means a revocation of the licence; and one mobile offence under the new rules will prove costly. According to Neil Worth. "Having your licence revoked in the first two years of driving means spending more than £100 to reapply for a provisional licence and take new theory and practical tests. Add that to the £200 fine and you’re looking at a very costly process."

The facts about using a mobile whilst driving

While an increasing number of people in the UK are getting addicted to their smartphones, unable to go without checking their phone for short periods or through the night, it is partly understandable to want to stay in touch with the airwave world, especially with car manufacturers increasingly adding more and more technology to their cars to help us do it (Is it a good thing?). But GEM suggest that any driver who might be tempted to use a phone at the wheel takes a few minutes before a journey to make important calls or check voice messages and emails. This will enable them to switch the phone off and store it way out of reach to remove any risk of reaching for it while driving.

"A bit of planning is what’s needed, and that can make a huge difference for safety." concludes Neil Worth.