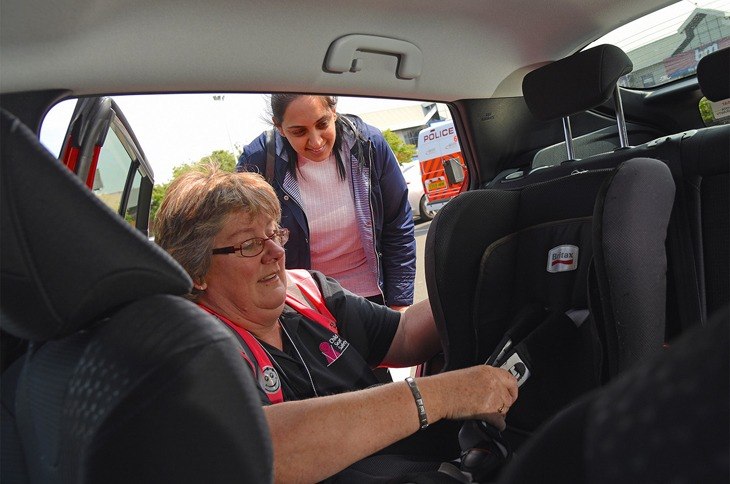 More than eight in 10 drivers are putting children’s safety at risk by failing to correctly fit child car seats, according to a new study by What Car? 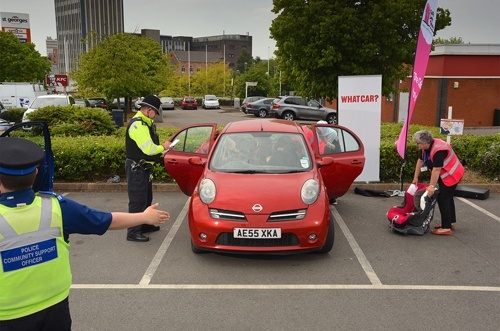 This figure comes following an investigation on the roadside carried out in conjunction with Leicestershire Police and Child Seat Safety Ltd, where 85 car seats were analysed at random, looking at both fitting and whether they were appropriate for the children in them - and the average age of those children was 3 years old!

And the results were staggering, with 36% of those car seats fitted incorrectly, and when the ages of children carried in them was taken into account, that figure dropped to just 15% when it comes to safety.

New Guidelines came in this year with regards to children's car seats and many of the cars failed to comply with these in some form or another. Admittedly, 74% of the incorrectly fitted seats inspected were able to be rectified right there and then on the roadside, but four seats – 5% of the sample – were condemned, with two being removed immediately and replaced before drivers were allowed to continue their journey.

Steve Huntingford, editor of What Car?, stated: "It’s clear that the overwhelming majority of drivers are aware of their responsibilities when carrying a child in the car. But, unless the child car seats have ISOFIX attachments, there is confusion over how to correctly fit them and ensure your child’s safety.

"At best, drivers could land themselves with a £100 Fixed Penalty Notice, but at worst they are significantly increasing the risk of death or serious injury to their children. It’s a form of Russian roulette that drivers are playing.

"We would urge anyone who transports children in car seats to seek professional advice about fitting them and buy their seats from specialists who offer free support not only at the time of purchase, but for the lifespan of the product.”

Steve's comments were backed up by what the investigation found, with all the car seats with ISOFIX attachments being correctly installed, but the problems lay with the seat belt being used in conjunction with it.

The most common problem (24%) was with the harness or seatbelt that was being used with the car seat being too loose, twisted or in the wrong position, with more than one in six (16%) needing the seat belt to be re-routed and put on properly. 11% needed adjustments to be made to the headrest to make sure that the child was protected fully.

Child Seat Safety co-director, Julie Dagnall, said: "The evidence from this study was that the overwhelming majority of drivers were exposing the children in their cars to significantly increased risk. It is important to raise awareness of this issue and to offer parents and other drivers carrying children the correct information and guidance."

Up to the age of 12 years old, the driver is responsible for ensuring that an appropriate child restraint is fitted and that it is being used correctly, even though many drivers, especially as children get older, assume that the child is capable of putting the seat belt on correctly themselves.

And besides making sure (and checking) that the child has put the seat belt on, it is the responsibility of the driver to make sure that the car seat is fitted properly too. And when it comes to guidance for fitting, it isn't the manufacturers or retailers that many people turn to, but friends, relatives and online forums - if the people questioned are to be believed. Not many of those surveyed had sought professional guidance in selecting their child seats, and even fewer in fitting them. As Julie Dagnall says: "If you buy from a retailer with expert fitting knowledge, you’re paying for a service rather than just a seat. They will be happy for you to go back to them and get free advice as your child grows."

Last words with Steve Huntingford: "Parents and carers often go to great lengths to ensure the safety of children in many aspects of daily life, and it is shocking that the proportion of unsafe child restraints in their cars was so high.

"Many of the issues that the survey revealed were in the operation of the seats and could be swiftly rectified without any additional cost – but when the risks of having an unsuitable seat, whether by design or operation, come with such high stakes attached we have a duty to highlight the problems and offer solutions."