Presenting and Commentary – The Art of Conveyance 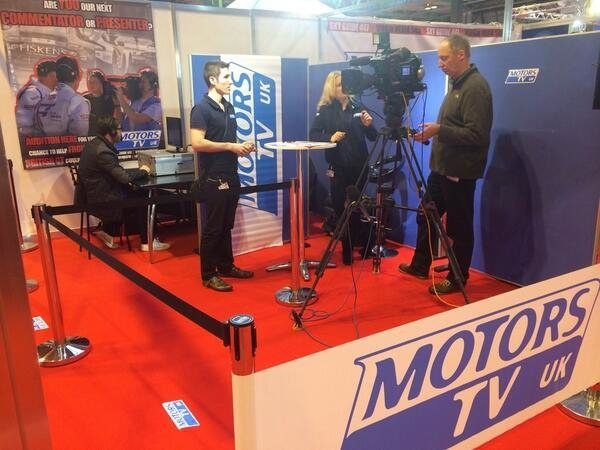 In this day and age of motorsport coverage, there are two main roles that help to make a program about racing what it is today. This even is the case when it comes to national racing series or even the pinnacle of major-league broadcasting when it comes to the likes of Sky Sports F1 HD.

Motors TV is a dedicated motorsport channel that covers many different categories, as well as having its fair share of coverage for the forthcoming Daytona 24 Hours, which starts next weekend.

However, the recent Autosport International Show at the NEC in Birmingham saw a competition set up by the channel and production company Hayfisher to find two talented individuals that are motorsport fans, who would either become a presenter or commentator for their forthcoming coverage of the 2014 Avon Tyres British GT Championship.

As I was there in person, I felt it was worth giving a shot, saying to myself: “What’s the worst that could happen?” So I gave it a go for both, and tried the presenting last. It really dawns on you when it comes to looking into the camera, and really says to you that it is not easy. I had butterflies in the pit of my stomach and was extremely nervous, but one of the key things to being a presenter is having bags of confidence.

There are many experienced individuals who are consummate professionals when it comes to this role, including Gemma Scott and Alexandra Legouix, who have to do multiple takes at a time unless it is a live broadcast, and they do make it look easy.

Body language is also a key part of this, as your enthusiasm has to show via your actions on screen as well as the way that you talk to the public via the medium of television. My nerves may have come through on my audition, but I had felt that it had gone all right. The performance needed has to be delivered in the right way without any sign of wavering, so I hoped that came across in how I acted in front of a lens.

But firstly, I tried my hand at commentating. There are people that I have met that are great commentators in their own right and have their own unique styles, which includes Toby Moody, Johnathan Legard and David Croft, who have kept me entertained and on the edge of my seat when I have watched any kind of racing, but it did in fact inspire me to give it a go.

I’m no prude in front of the camera, but on the microphone, it instantly felt at home, and the best way that I could do this was just to be myself.  With the information about the drivers, the race and track I was about to commentate on, the countdown started and I just said what came naturally. The five and half minute Rallycross Supercars race that I covered actually flew by, and had its fair share of contact and drama along the way. 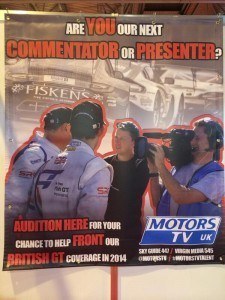 It was easy to start rambling on, but it has to be done to a particular cadence, which is dictated by the action out on track, which unfolded as the coverage continued. Even though I made a mistake on one of the drivers’ surnames, but that didn’t phase me. I even had to keep a close eye on the action as it unfolded and never stop paying attention and have to deal with the instant replay that comes a part of the job.

The delivery of how the race is commentated on is a skill that really comes with experience, and for my first time, I was complimented on doing a good job and felt some satisfaction and sense of achievement on the sheer fact that I took the plunge along with many others. However, I, along with many others, have to anxiously wait to hear from them on my performance, and whether I made it to the top five. That fact that it gave me a first-person insight into what just scratches the surface of what is needed to be in the thick of the action and at the top of your game if you are in either of these roles.

Now it’s case of wait and see how I got on, so stay tuned to Motors TV’s FaceBook and Twitter pages to see just who has made the cut…