Pros and Cons of a Dashboard Camera 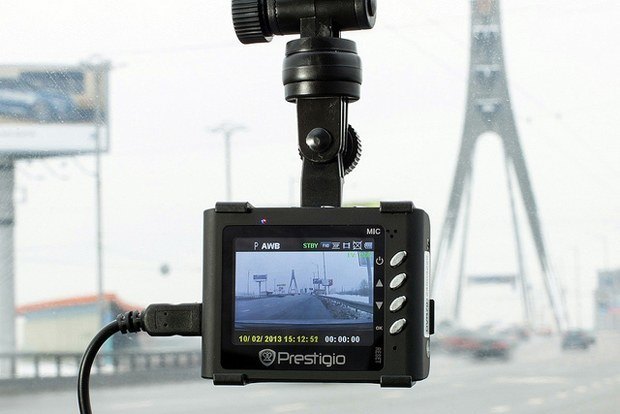 The dash cam is specifically designed to record every detail of every sound and image (that it captures) that takes place both on the road and inside the car, and is in use worldwide not only by everyday drivers but also by driving instructors, taxi drivers, bus drivers, and police officers amongst many others, especially as they can be easily connected to other on-board technologies like GPS devices.

What are the benefits of a dashboard camera?

Evidence of an accident.

When it comes to the main reason why millions of car drivers of car drivers have invested both time and money into dash cams is to provide evidence if the car is involved in an accident - or the driver is a witness to one.

With the camera starting to record as soon as the car engine is started, any recordings are created in real-time, and provide efficient, straight-to-the-point proof in case of accident.

If the car you are driving is involved in an accident, with the evidence shot by the dashboard camera, this can be used in court - should it go that far. And with this evidence, should it show that the accident was the fault of the other driver, then they are liable for any costs or repairs - whereas without it, the other driver could argue the toss, with guilty parties more liable to put the blame on their victims.

As a failsafe, a dash cam is could be considered almost indispensible.

All drivers, no matter how much they may deny it, moan about other drivers and the way they drive and all drivers will have had at least one encounter with someone that they would call a 'bad driver.'

Not only are these drivers very bothersome and annoying, but they are also reckless and irresponsible drivers, often putting the lives of other drivers and innocent passengers at risk. Although reporting the bad behaviour of an undisciplined driver to the police is something that we may try to avoid, with proof (courtesy of a dashboard camera) in the absence of any other eye witnesses, it certainly becomes easier and more likely to be acted upon.

It is not necessarily actual poor driving that can cause accidents and be recorded and reported. Bad driving that involves drink-driving, texting at the wheel, using the phone whilst driving, road rage incidents, and other general reckless behaviour (amongst other offences that you can read about in our UK Road law blog here can be recorded on the dash cam to allow you to report. As bad as you may feel for reporting these drivers, imagine how bad you would feel if they were involved in a later incident that resulted in the serious injury (or even death) of another driver or a passenger in the car.

The Dashboard Camera is perfect for people such as parents who allow their children to use their cars, but only with permission as it records full use of the car, even if you are not actually in it, and someone else is driving. That person could be your child or maybe even just someone you have lent the car to, and you want to check exactly what they are doing with it. As most of the modern dash cameras come with GPS devices embedded in them, in addition to recording every single detail that takes place both inside the car and outside of it, the dash cam will also record the driving speed as well as where the car has been!

Business-wise, you may be a taxi-firm owner who wants to keep an eye on your drivers doing extra miles, or a car pool organiser keeping tabs on usage?

Or you may even just want to keep an eye on the garage doing some repairs for you maybe sending the apprentice down the shop to get the lunchtime butties in YOUR CAR!

Your car may be one of your most valuable assets, and it is perfectly normal to be concerned about it and its integrity.

It is a sad fact of life that insurance fraud has become one of the most common problems of the 21st century, and traffic accident fraud is prevalent in that. Staged accidents are increasingly popular with fraudsters, especially at roundabouts, and the fraud not only affects insurance companies on a large scale, but it actually takes its toll on car drivers (the honest ones) as well.

With high-end cars a prime target for purposely caused car accidents, the fraudsters often try to extort money from the innocent victim, before then claiming whiplash, back pain and other fake injuries from the insurance companies.

A dash cam can demonstrate your innocence and highlight these fraudsters' antics to the relevant authorities. As an article in the Daily Telegraph says here, more and more insurers are accepting dash cam footage as proof.

If you are driving in a country where there is the possibility of law enforcement officers being a little 'exuberant' in their claims of your 'bad driving', you also have proof that they are 'mistaken'.

Word is filtering through to insurance companies that a dash cam is a preventative advice, and although not yet a deal-breaker when it comes to lowering the cost of car insurance, there are some insurance companies out there that will consider them as leverage for negotiation of up to 15% in some cases.

Lighting the corners of your mind, misty water-coloured memories can be re-lived by recording your entire road trip on the dash cam if want to watch an unforgettable journey over and over again, whenever you feel that tweak of nostalgia kick in. Obviously this is probably more applicable for trips across continents rather than a motorway visit via the M62 to Rochdale, keeping to the motorway laws.

And then, using your creativity, the memories will come flooding back.

Other Features And Functions.

Dashboard cameras have got better and better over the years since their creation with advances in technology helping to give them more features than just recording - features that can help drivers along the way. These include:

A well-installed dash cam can record external events when your car is parked. So if your car gets scratched by someone parking badly near you or by bumping into your car whilst negotiating a turn or other car move, or if your car gets vandalised or attempted to be broken into during the day or night, the dash cam will record it (if set up to work while the engine is not on - which is another feature).

As dash cams can also be operated remotely from the privacy of your home, all the data from it can be sent direct to your laptop, computer, tablet or smart phone. giving peace of mind when it comes to security.

Besides capturing the bad things on video such as accidents and bad driving, having a dash cam on the dashboard can also video some great events that may occur in your driving eyeline when on the road. These events can be unforgettable.

For instance, a Russian car driver’s dash camera recorded the 2013 Chelyabinsk meteor that flew over Russia, with the relevant clip getting tens of millions of views on YouTube. And with other clips from dash cams being displayed on Facebook, Twitter and other social media websites, you could well become an internet sensation with clips of amazing world-first events, paranormal activity or alien abductions. Or maybe just a deer or panda sneezing!

Whether it is you, your partner or one of your children driving the car, with a dash cam (especially one that records two-way with both the road and the driver being filmed) you can review a journey to see how the car was driven. Then you can see if you make mistakes, such as braking too hard, riding the clutch or switching lanes abruptly, you can correct them - and if you use your phone when you shouldn't, you can stop.

As a better driver, you will get a good driving record, which leads to lower insurance rates of up to 25%, and by watching your children drive, you can see what they (and their friends) are up to in the car too. Insurance.com managing editor Des Toups  reminds us that: “A teen’s first month behind the wheel is many times more dangerous than his sixth. Whatever you can do to make those first few miles safe is critical.”

Is there anything non-beneficial about a dashboard camera?

With all these benefits, it is difficult to see what could possibly be a 'con' as opposed to a 'pro' about a dashboard camera. But there are some. 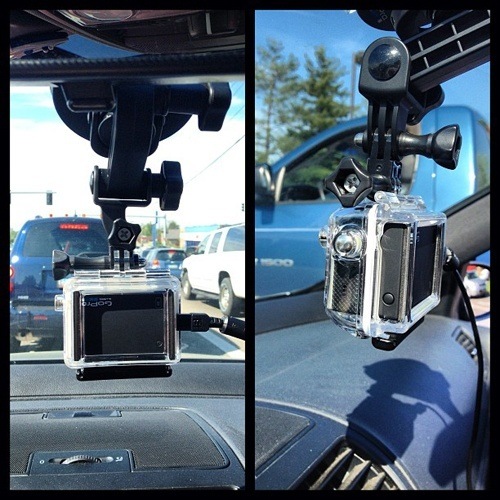 Dash cams are forbidden by law in Austria, where use of them carries a heavy fine, and strongly discouraged in Switzerland due to a fear over data protection principles. In Germany, posting footage from them on social media sites is considered a violation of privacy, and only allowed as evidence in a court of law under exceptional circumstances.


So if you are going to these countries, beware. But here in the UK, at the moment they seem to be a viable option to help keep to the UK Road Laws. It may not be long before cars come with them fitted as standard (bad news for teenagers borrowing the car for a bit of a night out with friends, and potential fraudsters, but good news for those good drivers out there), but for now you will have to get your own and use it as it is intended - on the windscreen.