The New SEAT Ateca: The Details 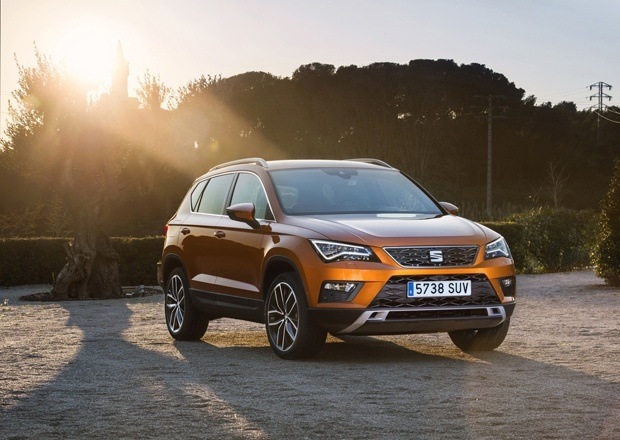 SEAT's first ever SUV, the SEAT Ateca, is now available to order, a mere few weeks ago since its highly acclaimed world debut at the Geneva Motor Show - and it is looking odds-on to make quite an impact in the UK’s compact SUV market.

Having already had praise lavished on it by Auto Express (an “impressive piece of kit”) and the Daily Telegraph (“in September, SEAT dealers will be very busy indeed”), pre-orders across Europe in countries such as France and Germany have already seen sales predictions having to be increased, and rivals such as the Nissan Qashqai and the Ford Kuga will need to be on their toes.

The Ateca UK line-up – in detail

First up, the entry-level Ateca S has "all the essential kit which a growing family or young-at-heart couple might need."

Next up on the level front we find the Ateca SE,> which is expected to be the best-selling trim level in the UK. This adds in such standard specifications as:

And it finishes off (at least until the ‘First Edition’ version is confirmed in May) with the Ateca XCELLENCE as the flagship for this model. This offers up a plethora of enticing premium features that includes many new innovations when it comes to a SEAT:

On all Atecas, there is an array of safety aids and systems as standard on every Ateca, including: 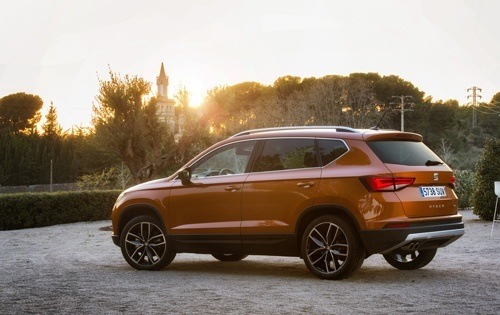 As with any new model of car, let alone its first ever SUV, SEAT have made the new Ateca available with a wide choice of engines - a total of 5 in all; two petrol and 3 diesel - all mated to either six-speed manual or seven-speed DSG-auto transmissions.

A three-cylinder 1.0 TSI 115 PS is available on the S and SE, while a 1.6 TDI 115 PS capable of 65.7 mpg also features on S and SE. Further up the power charts to 150 PS, we find the 1.4 EcoTSI  with Active Cylinder Shutdown and the 2.0 TDI (available with or without 4Drive) both available across SE and XCELLENCE trims.

Even with a great range of standard equipment that is likely to turn rivals green with envy, there will always be customers that want that little bit more - so when it comes to options on the Ateca, SEAT have thought of that too.

For a touch extra you can find yourself with an innovative electric tailgate with Virtual Pedal, for both opening and closing; a Top View Camera, offering a 360-degree view to assist with parking and manoeuvring; Lane Assist, as part of a Driving Assistance Pack with High Beam Assist; and Blind Spot Detection, complete with new Rear Cross Traffic Alert.

With other extras such as a double boot floor, Park Assist, heated windscreen and electric panoramic sunroof also available, demand for the SEAT Ateca is likely to be high. To register your interest in the New SEAT Ateca contact one of Nationwide Vehicle Contract's Customer Service team today and see how we can help.