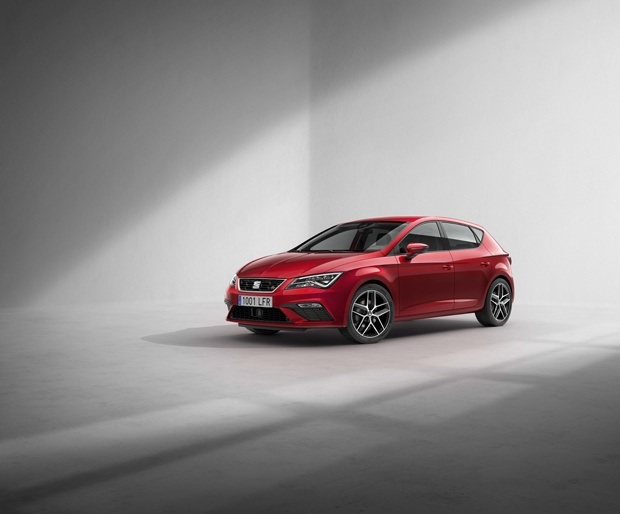 SEAT has unveiled its new Leon, ahead of its launch in February 2017. The existing SEAT Leon has proved to be one of the Spanish car manufacturer's best-sellers, and now the existing comfort, driving pleasure, technology and quality, has had some extra technology and design added to it.

“With the New SEAT Leon, we want to continue the success story of one of SEAT’s most emblematic models, including further technologies in terms of driving assistance systems, safety systems and, of course, connectivity,” says Vice-President for R&D, Dr. Matthias Rabe.

The SEAT Leon has always been known for giving us some striking and high quality design - one reason for its success, some might say - so, for 2017, some subtle changes have been added. Not wholesale changes, just subtle, because, as SEAT Design Director, Alejandro Mesonero Romanos, says: "The Leon is a very attractive model and it isn’t necessary to change its image, only reinforce it, refresh it. The objective is to harmonise all parts of it, in particular the front and the rear, with the sides of the car."

So, using the maxim of "If it ain't broke, don't fix it", there has been just a few small changes that includes shaper and more assertive lines to the front and rear, a new bumper, a wider grille (to make the car look and seem bigger), new rear lights and headlights, ambient lighting inside whose LED intensity is driver-regulated, and a newly designed 8" touchscreen, which eliminates the need for many of the buttons and dials on the current model. 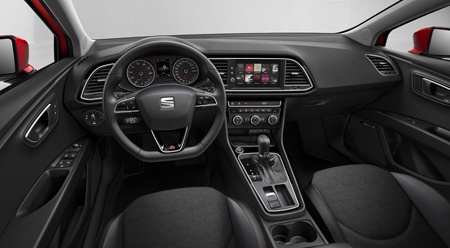 Following the launch of the SEAT Ateca that we told you about back in May, with its vast range of driver assistance systems, the Leon is next in line to feature the latest technological developments. This means that the new SEAT Leon features:

With the camera and navigation systems also having been improved and updated, the new SEAT Leon also includes a new centre console with an Electric Parking Brake.

Connectivity being a major priority with the 21st Century driver, The new SEAT Leon offers the very highest level of connectivity. This includes: 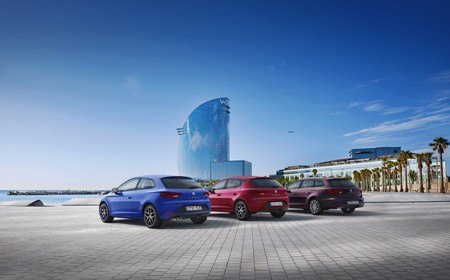 At launch, in February, the new SEAT Leon will be available in 5 trim levels in the UK: S, SE Dynamic, SE Technology, FR and the new XCELLENCE, and the three existing body types; five-door, SC (Sports Coupé) and ST (Sports Tourer).

The new XCELLENCE has a distinctive upmarket feel, as befits a top-of-the-range trim, with luxurious upholstery (Alcantara and leather as an optional), extensive trim elements, aluminium XCELLENCE kickplate, LED interior illumination pack, KESSY (Keyless Enter and Go) and multi-colour ambient interior lighting on the inside; and a chrome design front grille, new front and rear bumpers, and rear LED indicators on the outside. 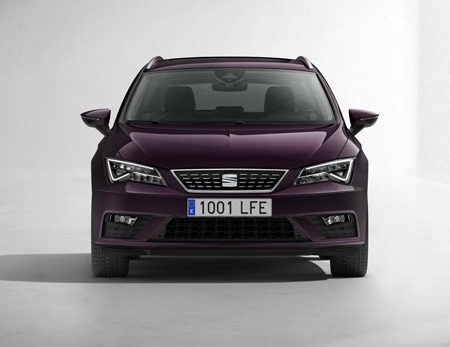 The New SEAT Leon’s range of Euro 6 compliant engines can satisfy even the most demanding of drivers.

There is also a new 1.0 litre TSI three-cylinder 115 PS available in the UK at launch.

When it comes to gearboxes, the range includes five- or six-speed manual units, all well as double-clutch DSG with six- or seven-speeds.

To get some more information about the new SEAT Leon, and to check out some great leasing deals on SEAT cars, contact one of our Customer Service Representatives now.