Seven things Drivers do that Can Actually Be Illegal 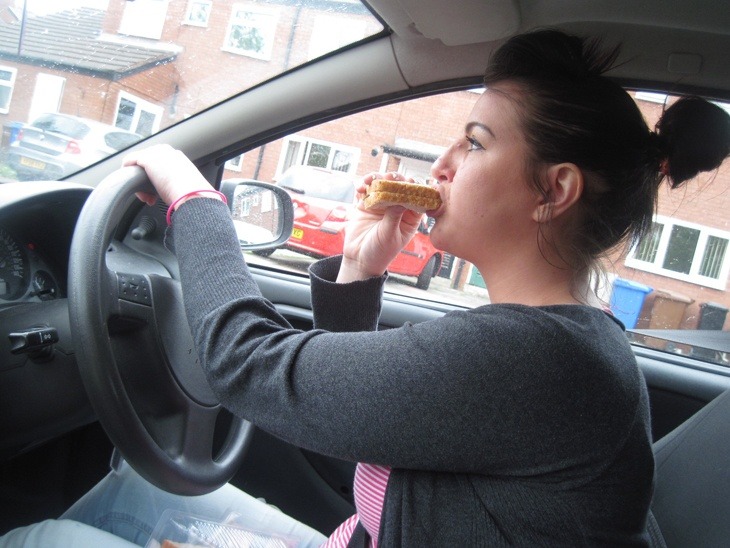 You may be the best driver in the world, and certainly the most considerate, letting other road users out at junctions, allowing pedestrians and cyclists the utmost courtesy, and making sure that your passengers do the same.

But there are a few things that you may not be aware of that you do or allow that can be illegal in certain circumstances, even to the extent of leading you towards a prosecution.

Green Flag, in a recent blog highlighted some of these actions (or non-actions) that could, without you actually being aware, get you into trouble with the law.

So let's take a look at them.

Cleaning the car is something that many of us are guilty of NOT DOING as often as we should, especially during those weather-led times that are bad, like in the winter months when the roads can throw all sorts of muck, grit and dirt up onto the car.

And a dirty car can often mean a dirty number plate, especially if you have been off-roading, and this in itself can lead to a fine under (legal bit) Section 43 of the Vehicle Excise and Registration Act of 1994.

This is all about having information visible, especially number plates - a very important requirement as Automatic Number Plate Recognition cameras grow in number, and the authorities' reliance on them increases.

Cameras find it hard to read dirty number plates, and it could be seen as an attempt to hide the registration number from the cameras if they are dirty.

And the maximum fine for having a dirty number plate is £1,000.

Watching videos of people getting soaked by a car driving through a puddle gives you a certain sadistic pleasure, but if it happens to you, it's certainly not funny - and actually illegal.

Section 3 of the Road Traffic Act 1988 deals with careless and inconsiderate driving, and when it comes to big puddles, police tell you to either slow down or avoid the puddle altogether.

You can get prosecuted for it, as well as getting slapped with a dry-cleaning bill from people that you soak!

The 'cheerful' sound of a car horn is usually a sign to 'hurry up' or as a rebuke to someone who has done something illegal, irritating or downright dangerous. Oh, and also a sign that there is someone waiting in a car outside for you or someone nearby.

But in reality, a car horn should only be used to warn other people of danger, and certainly not when the car is stationary (unless warning of danger), as stated in Regulation 99 (1) of the Road Vehicles (Construction and Use) Regulations 1986 and Section 42 of the Road Traffic Act 1988.

And a special note for taxi drivers: A horn should not be used on a moving vehicle on a road with street lights and a 30mph limit between 11.30pm and 7.00am.

4. Running the engine to keep warm

You know what it's like, sitting in a car outside a hall waiting for one of the kids to finish dancing/trampolining/scootering/school, and it's a freezing cold day, so you keep the engine running so that the hot air from the heater makes sure you are warm as toast.

Sorry; it's illegal. Unless you are stuck in traffic, leaving the engine running means that you are breaking the law under Section 98 of the Road Vehicles (Construction and Use) Regulations 1986.

5. Eating at the wheel 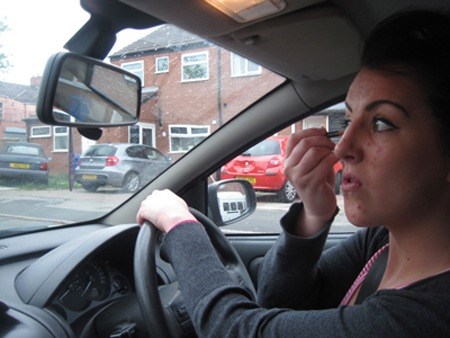 Technically it is not illegal to eat at the wheel, but a lot actually depends on what you are eating, because you could be prosecuted for careless driving if what you are eating makes you not drive as well as you should be, and the police think that your driving has deteriorated because of your eating.

It actually falls under the same multi-tasking (with driving being one of the tasks) as shaving, putting make-up on and brushing your teeth.

And that bit about what you are eating? With The University of Leeds finding "that reaction times of drivers who took a snack at the wheel were up to 44% below their normal response times," think about how difficult it is to eat a Big Mac or spare ribs in BBQ sauce in comparison to a Mar bar - and what your reaction is if any of it drops off onto you!

That's where the Careless Driving comes in.

It's one of those things that everyone actually does know is illegal (under Section 34 of the Road Vehicles (Construction and Use) Regulations 1986) but it filling up an empty windscreen washer bottle is easy to forget to sort out once you've stopped.

To be honest, you are unlikely to be prosecuted for having an empty washer bottle, but if you have an accident that is failed to be prevented by a dirty windscreen causing a lack of vision, then you may well be.

Again, the actual action of "reaching for something on the back seat when motoring along isn’t illegal."

But, if the very action makes you swerve on the road and lose concentration, you can get charged and prosecuted under the old faithful again of CARELESS DRIVING.

And research in the USA has found that a driver trying to get an object from the back makes them eight times more likely to have a crash, the same as if they were using a mobile phone.

Other illegal acts and information about British Road Law can be found here.