Should Driving Be Part of the School Curriculum?

In March 2015, the pass rate for the driving test was, on average, just under 50% with 46.9% of test takers managing to bag themselves a pass certificate to enable them to drive unaided on the UK road system. And around 47% of these pass masters are taking it for the very first time - so congratulations to them.

Obviously they are all aware of the laws of the road (as we offer our advice here) and are all capable of being great users of the network.

But recent figures have revealed that one in five new drivers has an accident within six months of passing their test, so maybe there are other things that could be done to help cut the high number of accidents involving newly qualified drivers on the UK’s roads. 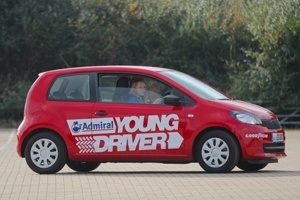 Road traffic accidents account for 25% of the deaths of 15-19 year olds in the UK in comparison to just 0.5% of the overall adult population - a figure that is also tied into the statistic that 400 people are killed in accidents involving young drivers per annum on average. And with the vast majority of test takers falling into the age bracket of 17-25, major motoring organisations and experts are backing a petition urging the Government to include driving on the school curriculum. 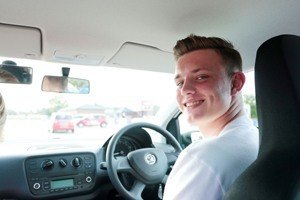 The petition has been launched by the UK’s largest provider of pre-17 driving lessons, Young Driver, and already has had backing from many motoring organisations and motor insurance companies, including: the Institute of Advanced Motorists (IAM), the RAC, the Driving Instructors Association (DIA), the Association of British Insurers (ABI), the Motor Schools Association of Great Britain (MSA), Admiral, Goodyear and motoring presenter and expert, Quentin Willson.

The main point of the petition, which can be found here, is to suggest that youngsters should start to be taught about driving at school, via both practical and classroom based lessons, with these driving lessons becoming part of the School Curriculum. 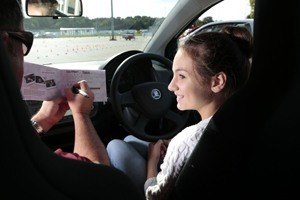 Independent research commissioned by Young Driver showed that past pupils of the Young Driver scheme, which takes students from age 11, are half as likely to have an accident when they do pass their test; with pilot studies in Europe also showing a 40% reduction in accidents amongst novice driver groups who trained at school.

Kim Stanton from Young Driver explains: “Driving a vehicle is potentially one of the most dangerous and responsible things a person can do. Learning to drive should be done over a long period of time, and from a young age, when pupils are more receptive to safety messages. Evidence-based research shows that road safety messages are better absorbed by children in their early teens rather than at driving age.  By having this take place at school it can be made inclusive for all. We urge people to sign this petition so we can get this issue in front of the people with the power to change things.”

And this belief is backed up by Mark Lewis, Director of Standards for the Institute of Advanced Motorists (IAM), who said: “The high number of accidents and the sad loss of life as a result of unprepared young drivers urgently needs to be tackled. Quite obviously the driving education that youngsters are currently receiving is inadequate. At the IAM we can help prepare people for more advanced driving situations once they have passed their test, but there needs to be more done at an earlier stage. Learning such an important skill shouldn’t potentially be done and dusted in a few short months. That’s why I strongly believe people should sign this petition and get the subject debated in the House of Commons.”

The high cost of driving lessons seems to have led to a rise in the number of people taking their tests 'early.' It was believed, back in 2011 in an article in the Daily Mail that young people were taking lessons from parents and other relatives rather than professional instructors, with this leading to more tests being taken and incurring more costs; but it also leads to drivers not necessarily getting the 'right' instructions if they do manage to pass.

So perhaps it is a good idea to get driving lessons onto the school agenda? 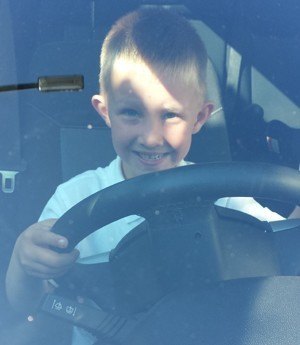 Quentin Willson, motoring expert and presenter, believes that the petition certainly requires some consideration: “Both my son, age 16, and daughter, age 11, have started having driving lessons with Young Driver.

"I think it’s vital – it’s a road safety revolution in the making. If we could get this on the curriculum, so the opportunity was open to all, it would have huge ramifications in terms of the safety of our young people.

"And, as both a father and road user, that’s certainly something I want to back. 100,000 signatures could help save 400 precious lives every year.”

Add your signature to the petition here.