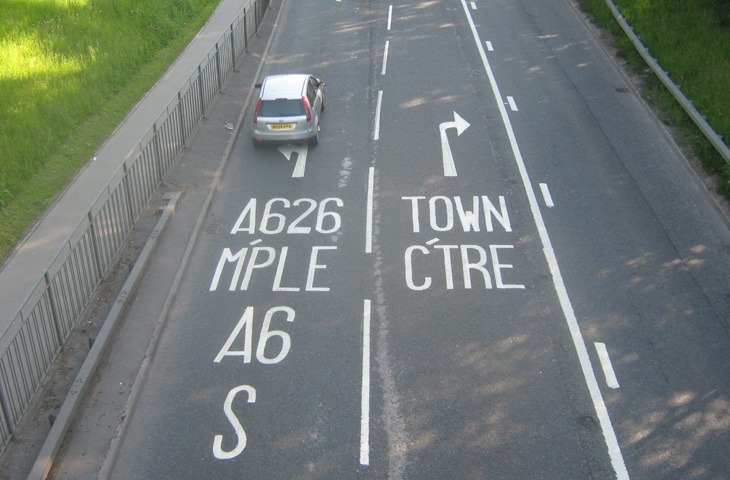 Obviously this is a little tongue-in-cheek, but you can try to avoid those "wrong place, wrong time" moments when accidents occur by looking out for other motorists, driving sensibly and keeping to the speed limit yourself, but an analysis of open data on road statistics from 2011-2015 has shown some interesting facts that we can use to help keep ourselves safe in the car.

Top 10 Most 'Dangerous' Areas to Drive

This was determined using data about the number of casualties caused by road accidents in each police force area across the UK, and the area with most casualties, and by association the 'most riskiest to drive in' was the West Midlands with 37,153 casualties across 5 years.

The Thames Valley was next with 36,778, followed by West Yorkshire, Kent, and Hampshire making up the Top 5.

Sixth place went to Greater Manchester with 28,628, Devon & Cornwall  were close behind in 7th, and Lancashire, Sussex and Surrey brought up the rear.

When it comes to safe areas to drive in, Scotland had 9 out of the Top 10, with Dumfries & Galloway having the least casualties, with somewhat surprisingly the City of London coming in 2nd place.

But when you look at area population sizes in conjunction with the number of accidents, probability figures change them all around when it comes to the chances of falling victim to a road accident. Good news (of sorts) for the West Midlands' drivers, and not so for City of London ones.

So looking at "accidents in relation to population size" figures, the probability of having an accident by population chart sees the City of London TOP with a 1 in 4 chance, and the 'safe' Scottish area of Lothians & Scottish borders a 1 in 19 chance. The West Midlands doesn't even get a look-in in the Top 10 with Surrey (1 in 42) taking third spot, followed by Lincolnshire, Humberside and Kent

It's a bit of a misnomer using the word 'Dangerous' here, with figures comparing the number of accidents in relation to the number of cars that are on the road used to say that "If you drive a Volvo you’re more likely to have a car accident."

Which we all know is not a statement you expect to read when you take into consideration Volvo's excellent safety record and reputation. But as we said, statistics can be used to prove almost anything.

But let's shelve any car-specific safety facts for a second and look at what 'could' be considered the 'Top 10 manufacturers most likely to be involved in road accidents' - and stop sniggering at the back all you Mercedes, Dacia and Kia drivers.

As we said, Volvos are involved in 0.68% of car accidents and top the list, followed by Suzuki, Honda, Peugeot and Renault in the Top 5. 6th place is Vauxhall (0.50%) with Fiat, Skoda, SEAT and smart bring up the rear (so to speak), so any car drivers outside these brands can relax - but not too much; keep your wits about you.

The Most Dangerous Speed Limit

You'd think that the faster a car is driven, the more likelihood there is of an accident, but in fact, the figures reveal that more accidents occur in 30mph zones.

And when you actually think about it, there is no surprise in this fact when you consider that there are more 30mph zones than any other speed limit in the UK, and there are also more things to think about and concentrate on in a 30mph zone such as pedestrians, traffic lights, and roundabouts.

57% of all accidents in the time period were in the 30mph zone with just 7% on motorways (70%), and in 40mph and 50mph zones. Single carriageways, with their 60mph speed limit proved to be the 2nd most 'dangerous' with 26% of all car accidents.

The Most Dangerous Day of the Week

Looking at the data, any day is dangerous, with a range from 11-16% covering the days of the week, but it seems that Mondays have only 11% of them, and Thursday & Saturdays 16% each.

Drivers most liable to have an accident

65% of all accidents involve male drivers (no surprise when more men drive than women) and the likelihood of being involved in a road accident decreases with age, with drivers aged 16-25 accounting for 28.15% of road accident casualties from 2011-2015.

So what have we learnt from all these figures, manipulated as they are?

1. If you are aged between 16 and 25, drive in the West Midlands, drive a Volvo, and drive in 30mph zones on a Thursday or Saturday...DON'T. The rest of us can, because all the accident prone drivers won't be!

2. You can get statistics to say pretty much anything you want.

Thankfully, out of 100,000 casualties, only 780 are fatal; which means that you have a 0.78% chance of dying in a road accident. But as long as you drive carefully, and follow the guide that we have provided on Road Law here, you will be fine.