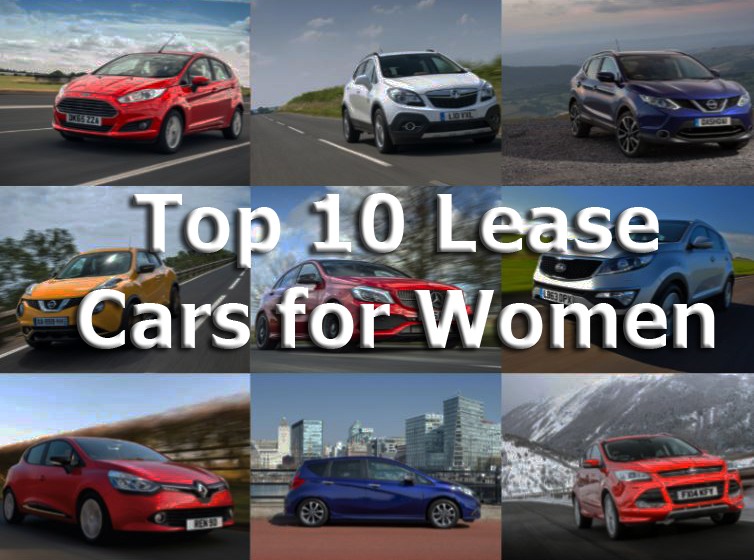 In 2015, 25% of customers who leased a car with Nationwide Vehicle Contracts were women. Like men, women usually have a set of specific needs when it comes to choosing a new car, from space and safety to style and economy. But with more than 500 new car models to choose from, which car is best?

In our quest to find the Top 10 Lease Cars for Women, we took a look at our lease sales figures from last year to find out what were the most popular lease cars with women and why they made the grade… 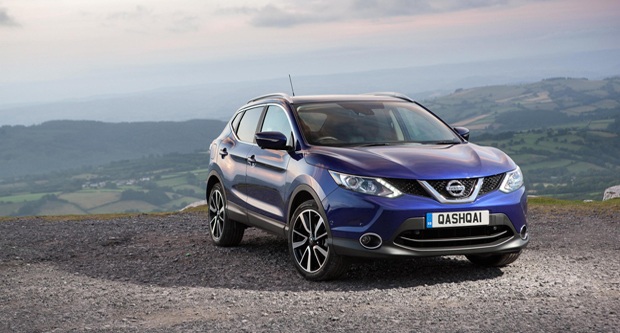 Topping our sales list for 2015 amongst women is the Nissan Qashqai. When the original Qashqai first came onto the market in 2006, it won over the hearts of UK drivers (both male and female) with its 4x4 styling, practical interior and hatchback running costs. 10 years later, the Nissan Qashqai is still Britain’s favourite crossover, with more than 60,000 sales in 2015.

The latest generation Nissan Qashqai builds on the strengths of the original model, offering more style, space and equipment than ever before. Thanks to its powerful engine of petrol and diesel engines, the Qashqai also delivers better fuel economy and sharper handling. No wonder its top of the list! 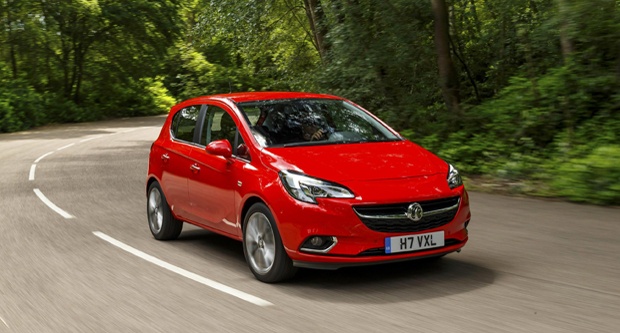 Taking second place in Nationwide Vehicle Contracts’ Top 10 Lease Cars for Women list is Vauxhall’s most popular car in the UK - the Vauxhall Corsa. Originally released in 1982, the Vauxhall Corsa has always been a popular choice with female drivers thanks to its compact dimensions, low running costs and nippy engine range.

In an attempt to knock its rival the Ford Fiesta off the top spot of the UK’s best-selling list, the Corsa was refreshed in 2014, with a raft of updates including new engines, more kit and a sharp new look. The changes certainly seem to have worked with the Corsa taking 10% of female sales with Nationwide Vehicle Contracts in 2015. 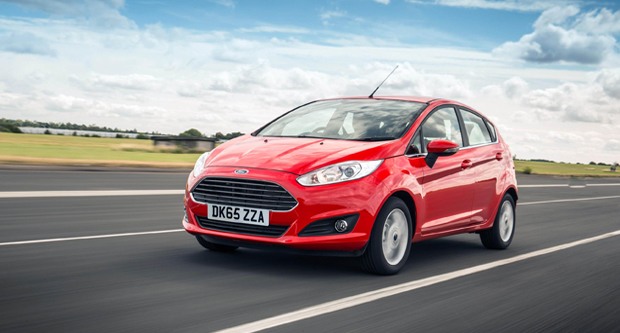 The Ford Fiesta has been the UK’s bestselling car every year since 2009 so it’s no surprise that it made our list as the third most popular lease car with female customers. In fact, the Fiesta is the UK’s bestselling car of all time and it’s not hard to see why. Stylish, comfortable and great to drive, the Ford Fiesta is hard to beat in the competitive supermini market.

The latest generation Ford Fiesta was launched in 2013, boasting a striking new style with Aston Martin-esque front grille and a range of super-efficient engines. The facelift also saw it gain a new three-cylinder 1.0 litre Ecoboost engine which quickly became a popular lease option thanks to its impressive fuel economy and low CO2 emissions. 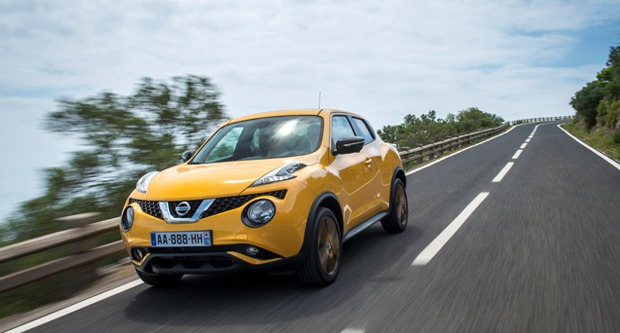 Like its older brother the Nissan Qashqai, the Nissan Juke caused quite a stir when it was launched in 2010, taking the compact crossover segment by storm with its unique style, powerful engine range and generous equipment list. Six years later and the Nissan Juke continues to be a hit, particularly with the ladies.

While the Juke’s quirky style may not be to everyone’s taste, few can deny its appeal when it comes running costs with the 1.5 dCi diesel engine boasting a combined fuel consumption of 70.6 MPG and CO2 emissions of 104 g/km. Pretty impressive for a car of its size. 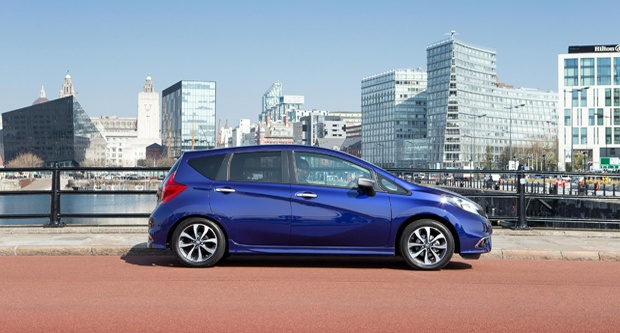 The fifth most popular model leased by female drivers in 2015 was the Nissan Note and with lease rates starting from just £99.95 + VAT, it’s not hard to see why.

Small on the outside, spacious on the inside, the Nissan Note MPV is a popular lease choice with growing families thanks to its practical interior, impressive drive dynamics and low running costs. The latest generation Nissan Note also boasts a generous specification with six airbags, Bluetooth, cruise control, front electric windows and a radio/CD player with USB input offered as standard across all models. 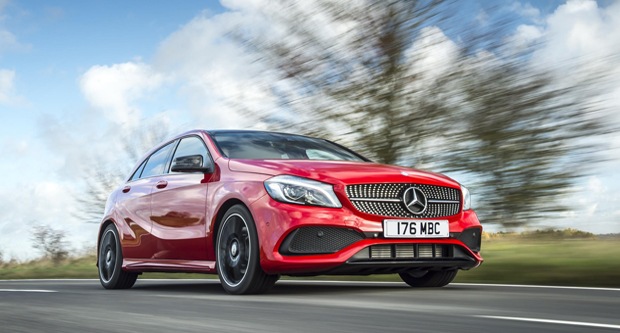 If low running costs are on the top of your wish list, check out the A180 CDI diesel with its low CO2 emissions and impressive MPG. If its power you’re after, check out the A45 AMG with its whopping 350bhp and four-wheel drive. 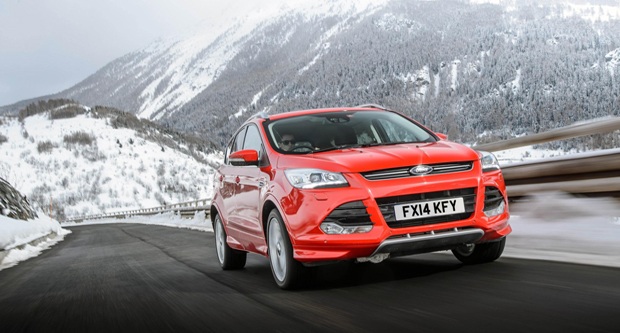 Following closely behind the Nissan Qashqai in the competitive crossover market is the Ford Kuga, the seventh most popular car with female leasers in 2015. Launched in 2008, the Ford Kuga is a well built, capable mid-sized SUV that challenges the Mazda CX-5 for practicality and space.

What makes the Ford Kuga so popular is its smart styling, spacious interior and clever tech features, all of which combine to make for a great drive. Running costs aren’t bad either with the popular 2.0 TDCi diesel returning a combined fuel consumption of 60.1 MPG and CO2 emissions of 122 g/km. 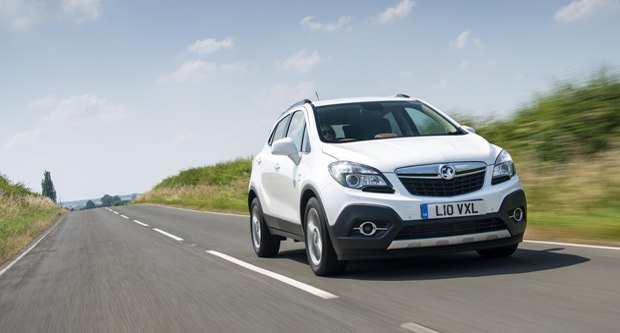 Designed to deliver a great drive whether in town or in the country, the rugged yet stylish Vauxhall Mokka accounted for 3% of female lease sales with Nationwide Vehicle Contracts in 2015.

Designed to take on rivals such as the Nissan Juke, Peugeot 2008 and Citroen C4 Cactus, the Vauxhall Mokka is a good-looking crossover with plenty of kit as standard. Add to this the new whisper quiet 1.6 CDTi diesel engine and it’s easy to understand why this model is so popular. 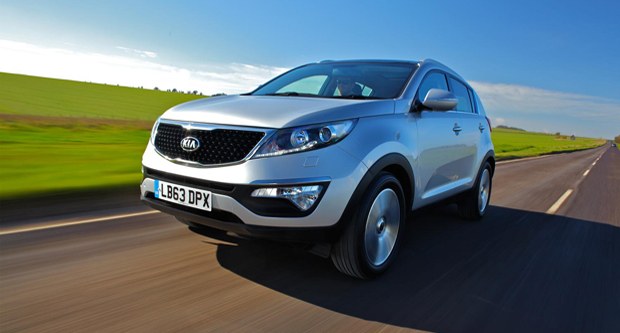 Giving the Nissan Qashqai a run for its money is the Kia Sportage – a stylish, spacious and desirable crossover with an affordable price tag.

Refreshed in 2010, the latest generation Kia Sportage looks the business with its striking exterior style and smart interior. It is also one of the most reliable crossovers on the market thanks to its seven-year, 100,000-mile warranty and five-star score in the Euro NCAP crash tests. 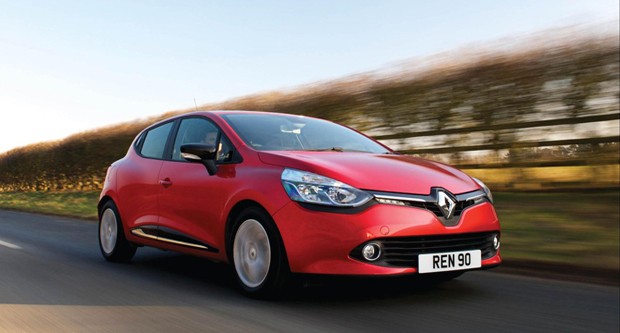 Since its original launch in 1990, the Renault Clio has always been a hit with the ladies thanks to its compact size, chic design and nippy engine range. The latest generation Clio is no exception, winning over UK drivers with its dramatic new style and impressive economy.

Redesigned in 2012 and available in five-door form, the new Renault Clio certainly stands out on the road thanks to its distinctive front end and bulbous headlamps. The interior has also been refreshed too with a futuristic dashboard boasting a tablet-style control screen for complete control.

If you are looking for a Hot Hatchback or spacious SUV, we have the right lease deal for you. View our latest offers and car leasing deals now or if you prefer call us on 0345 811 9595 to speak to one of our experienced sales consultants.