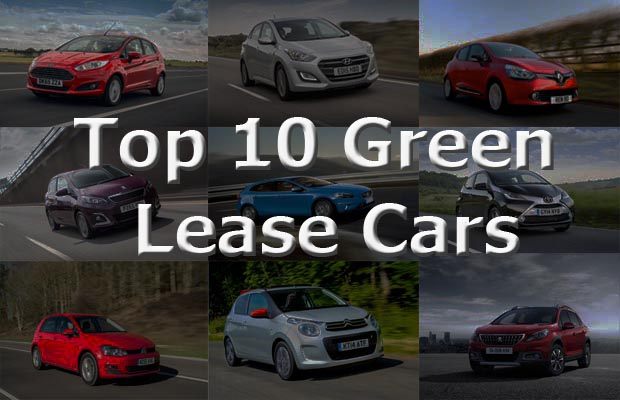 New figures released by the British Vehicle Rental and Leasing Association (BVRLA) show that more people than ever are leasing cleaner and more fuel-efficient vehicles.

Here at Nationwide Vehicle Contracts, we are already seeing the impact of greener, more fuel-efficient vehicles. In 2015, 18% of cars leased with us had CO2 emissions under 100 g/km, demonstrating the ever-increasing demand for pure and plug-in hybrid electric cars, as well as low-emission petrol and diesel vehicles.

If you’re looking to lease a new green car, Nationwide Vehicle Contracts has put together a list of the top ten cars with CO2 emissions of under 100g/km that customers leased with us in 2015 to help you find the right low-emission vehicle to suit you. Let’s check them out…. 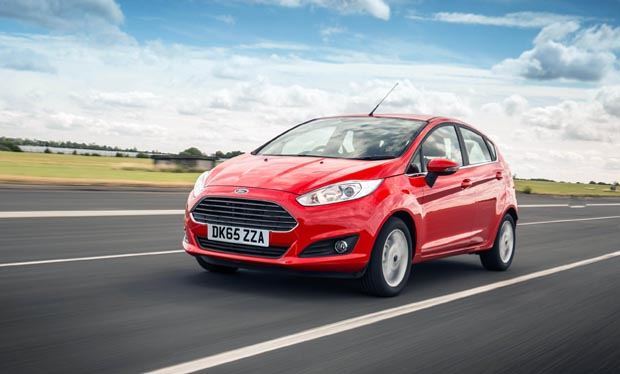 Topping the list of the most popular lease green cars with Nationwide Vehicle Contracts customers in 2015 is the UK’s bestselling car of all time – the Ford Fiesta.

In 2015, the Ford Fiesta 1.0 EcoBoost 125 Titanium 5 Door accounted for 8% of lease sales in the green car segment with Nationwide Vehicle Contracts, winning over lease drivers with its award-winning 125 bhp Ecoboost engine, its combined fuel-efficiency of up to 65.7 MPG and CO2 emissions of just 99 g/km. 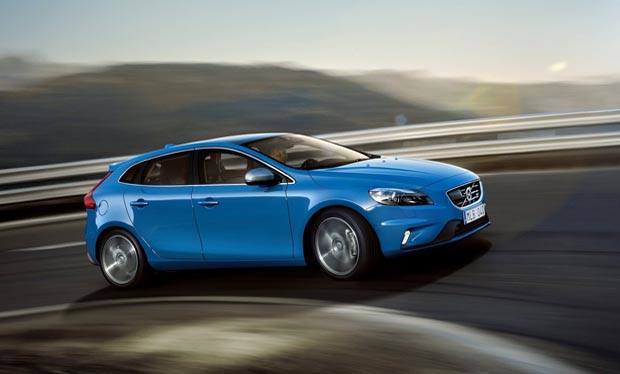 With its sleek design, impressive interior comfort and high performance levels, the Volvo V40 is a classy lease alternative to the more expensive Volkswagen Golf. The Volvo V40 D2 (120) R Design Nav model particularly impresses when it comes to fuel efficiency, with the nippy 120 bhp diesel engine delivering a combined fuel consumption of 78.5 MPG and CO2 emissions of 94 g/km. 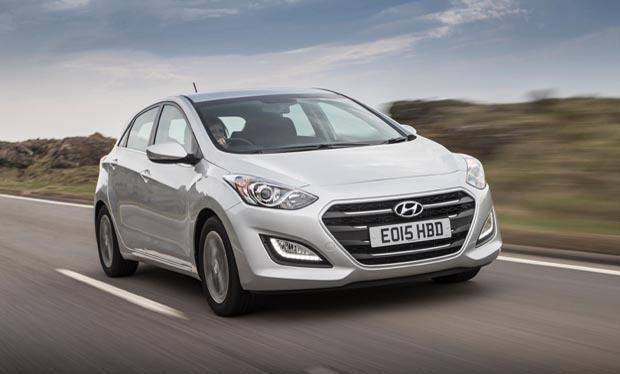 If you’re in the market for a low emission family hatchback, then check out the Hyundai i30.

Refreshed in 2015 sporting a sleek new look, the Hyundai i30 remains a popular lease choice with families thanks to its spacious interior and low running costs. The latest Hyundai i30 also features cutting-edge technology with features such as rear parking sensors, cruise control and an easy-to-use touch screen with satellite navigation available on SE Nav and Premium models.

The Hyundai i30 1.6 CRDi Blue Drive SE 5 Door caught the eye of our customers in 2015 thanks to its impressive fuel consumption of 78.4 MPG and CO2 emissions of just 94 g/km. The popular SE model also boasts a generous specification as standard including Bluetooth, cruise control, rear parking sensors, LED daytime running lights, air conditioning and 15" alloy wheels. What’s not to like? 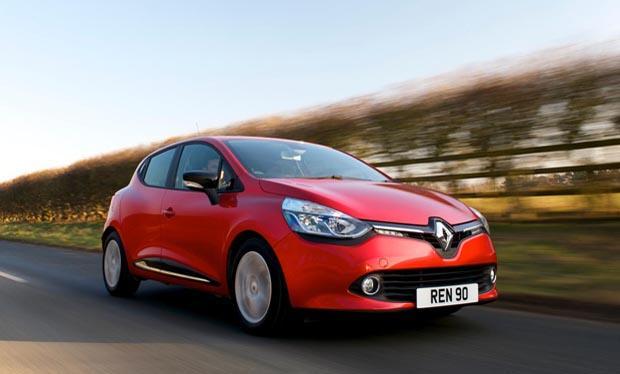 The Renault Clio has always been a popular contender in the competitive supermini market but thanks to engine improvements, the latest model is also surprisingly green.

Originally launched in 1990, the latest Renault Clio was refreshed in 2012 boasting a sleek new design and the latest in-car technology. Improvements were also made under the bonnet to deliver power and performance with fuel efficiency and low CO2 emissions. 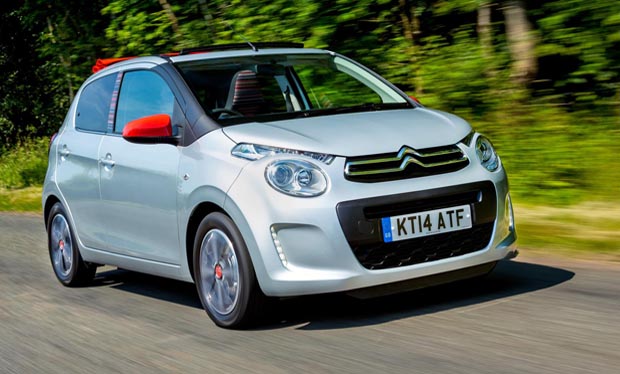 When Citroen added a folding fabric roof to their popular C1 model, many wondered if the new Citroen C1 Airscape would catch on. It did!

With its distinctive exterior style, compact dimensions and nippy engine range, the Citroen C1 Airscape looks as good as it drives, making it a popular lease alternative to the Hyundai i10 and Skoda Citigo.

Add a low monthly rental, low running costs and low CO2 emissions of just 95 g/km and it’s no surprise that the Citroen C1 Airscape 1.0 VTi Feel 5 Door was the fifth most popular green car leased with Nationwide Vehicle Contracts in 2015. 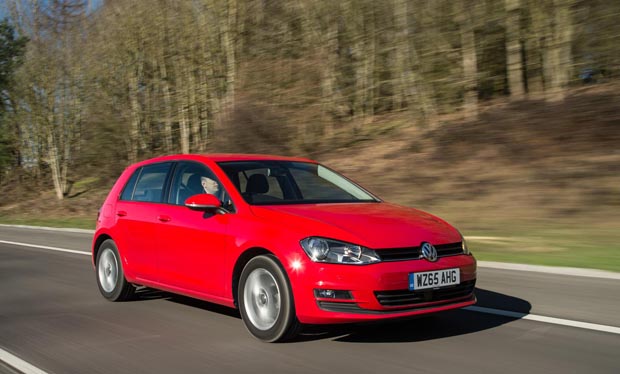 Despite the emissions scandal last year, the Volkswagen remains a popular lease choice with Nationwide Vehicle Contracts customers thanks to its striking exterior design, comfortable interior and impressive reliability.

The most popular green model with our customers in 2015 was the Volkswagen Golf 1.6 TDI 110 Match Edition 5dr with its 110 bhp diesel engine delivering a combined fuel consumption of 74.3 MPG and CO2 emissions of just 99 g/km. 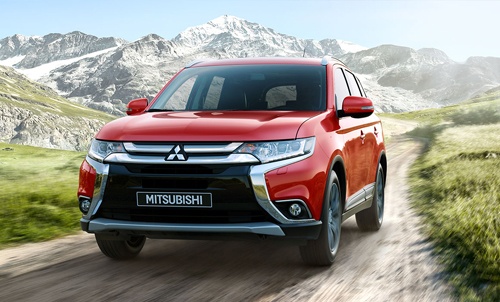 All the benefits of a 4-wheel drive with the low running costs of a hybrid, the Mitsubishi Outlander PHEV is a popular lease choice with personal and business alike, and the seventh most popular ‘green’ car leased with us in 2015.

The Mitsubishi Outlander 2.0 PHEV GX4h Auto offers significant advantages over other SUVs in the market with its petrol/plug-in electric hybrid engine delivering ultra-low CO2 emissions of 42 g/km and a whopping combined fuel consumption of 156 MPG. 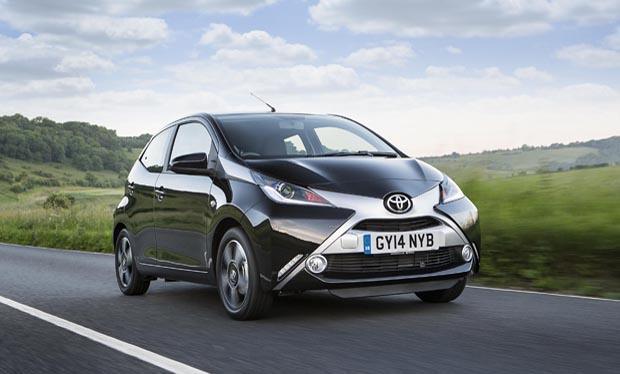 With its fresh fun design, compact dimensions and economical 1.0 litre engine, the second-generation Toyota Aygo is a serious contender in the city car market and popular lease option for ‘green’ leasers.
Available with three or five doors, the Toyota Aygo is an agile and nippy city car which is extremely cheap to run, making it a popular lease choice for drivers on a budget.

The Toyota Aygo 1.0 VVT-i X 5dr was the model popular sub 100g/km CO2 model in the range with our customers in 2015, with its nippy 68 bhp petrol engine producing a combined fuel consumption 68.9 MPG and CO2 emissions of just 95 g/km. 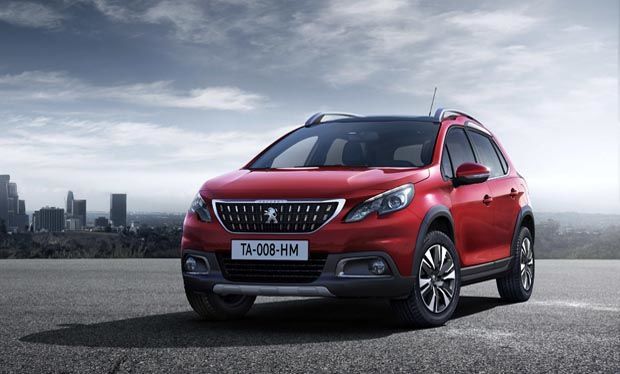 Giving the Mitsubishi Outlander PHEV a run for its money in the competitive crossover/SUV segment is the Peugeot 2008 Crossover, taking the penultimate slot in our Top 10 Lease Green Cars list.

Designed to compete with the popular Nissan Juke, the Peugeot 2008 Crossover offers the practicality of an estate car with the low running costs of a hatchback. 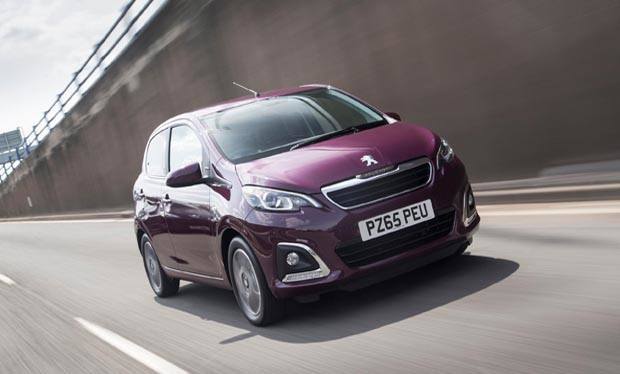 Peugeot also claim the tenth and final spot in our Top 10 Lease Green Cars list with the Peugeot 108.
Like the Citroen C1 and Toyota Aygo, the Peugeot 108 is small, stylish and packed full of kit, offering great value for money and low running costs.

The most popular model with our customers in 2015 was the Peugeot 108 1.0 Active 5dr thanks to its low CO2 emissions of just 95 g/km, combined fuel consumption of 68.9 MPG and nippy petrol engine delivering 68 bhp.

Thinking of leasing a low-emission car? View our latest lease deals on a wide range of Electric and Hybrid cars or call Nationwide Vehicle Contracts today on 0345 811 9595.