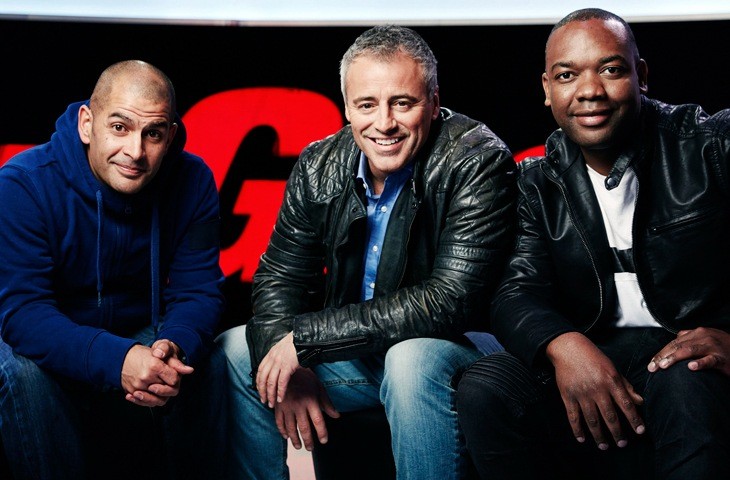 Yes! Yes! Yes! Yes! Yes! BBC Top Gear (new people version) comes of age with the best episode since....well, ever. And featuring the best bit of film ever conceived. (But more about that later.)

Kicking off with a sensational piece about the new and glorious Bugatti Chiron, the replacement for the ground-breaking (and costly - 1 million euros!) Bugatti Veyron of 12 years ago. Back then, the Veyron was the fastest production car around, as well as being a revolution in sports car manufacture.

The new Chiron is faster - and actually capable (if push comes to shove and with a bit more tinkering by the Bugatti team) of an incredible 300mph, according to Chris Harris, who got the chance to drive one on an airfield with a big long runway. The £2 million price tag on a car that comes with an 8-litre, 16-cylinder and 4 turbo-charger mechanism may sound extortionate (and that's because IT IS), but a car that produces 1500HP, is aerodynamically designed, goes like the proverbial dark stuff off a shovel, and is designed to just go fast deserves that price...and Mr Harris thinks that it is worth it. In fact, he described it as being on the "edge of physics" as he sped along time and time again like a child with a new toy.

Bugatti say that the average Chiron owner will own 42 cars, 2 yachts and 1.6 helicopters (How do you own 3/5ths of a helicopter?). That rules me out then. How about you?

Later in the show we saw Chris Harris drive the Bugatti across the Arabian Peninsula from Dubai to Oman in a race against Matt Le Blanc (who travelled by boat, chauffeured car (a Bentley Mulsanne EWV extended wheelbase, if you must know), Honda jet, and 2017 Ducati 1299 Superleggera motorbike). Le Blanc won!

Even this stepped up this week with Tinie Tempah on the couch. A much much more relaxed chat rather than an interview is what ensued, with Tinie revealing that his current car is a Matt Black Lamborghini Huracan. He survived the driving lesson with Chris Harris in appallingly wet conditions, and did the trip round the track in a  very respectable time, considering the conditions.

I never expected to ever be writing that the best bit of film ever on BBC Top Gear featured the Renault Twingo as the star...but it did, and I have.

Rory Reid was tasked with driving the Renault Twingo GT initially along a road, describing its top speed of 113mph, acceleration of 0-60mph in 9 seconds, and general handling as a Baby Hot Hatch, before extolling its virtues in the City as a City Sports Car. He even called it a retro car, likening it to the classic Golf GTi of the 80s.

So far, so average.

But then the team set up a mini game of Pac-man using shipping containers and lights on the floor, where the Twingo (Pac-Man) had to knock all the lights out whilst being pursued by two ghosts in the shape of Chris Harris in a VW up! and Sabine Schmitz in a smart Fourtwo. Which of Blinky, Pinky, Inky and Clyde they are, we are not told, but with three lives to use without being caught and a whole host of lights to knock out, the odds weren't good for Reid and the Twingo.

But he won with one life left, and the whole thing was shot fantastically well, with a big fat dollop of fun - just like it should be!

And at the end Chris Harris commentated with brilliant sarcasm on a race with all three cars being driven by 'The Stig's teenage cousins."

If you want to catch up with the show, click BBC iPlayer here. It is well worth it, and to show you just how good it, we haven't even mentioned the C-word.