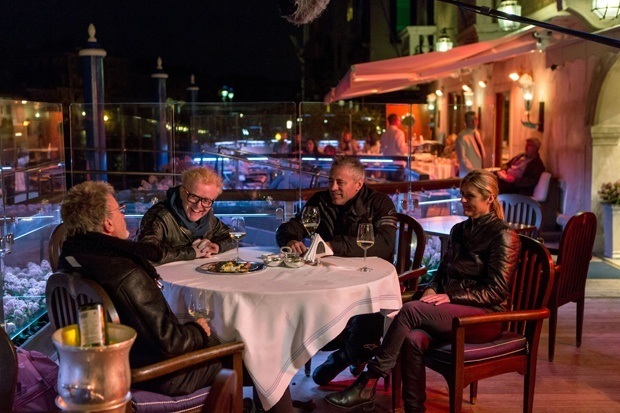 Can the fourth episode of the new series of Top Gear follow on from what is generally considered the best episode so far, especially as media reports suggest that less air-time on the show is being given to their main hate figure, Chris Evans?

The show kicked off with Chris Harris taking to an Abu Dhabi track to show off Aston Martin’s monstrous Vulcan, the limited-edition track-only special that the car manufacturer has produced for a select few lucky individuals to buy for a mere £1.8million, and what a ride he had. 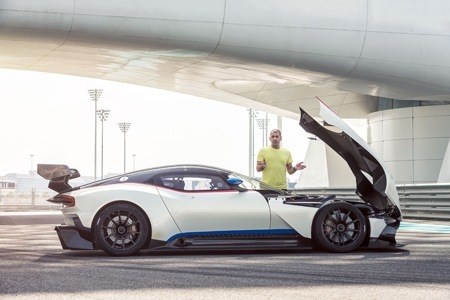 Turning up the power knob to 3 (sadly no 11 was available, Spinal Tap fans!), he drove the car around the track at some ridiculously high speeds up to 200mph on the straight - no surprise really as the most powerful and fastest Aston Martin ever built can do 0-60mph in less than 3 seconds.

But the car named after a bomber is no technological miracle in reality, as the V12 engine is still made up of two Ford Mondeo engines joined together, but produces power and lots of 'Neeeoooowwww' noise as it passes you.

Harris raced Le Mans class winner Darren Turner (driving a V12 Vantage S with a 20 second start) round the track to finish the piece - and won - demonstrating that the Vulcan is not only the very best of Aston Martin, but also the very best of British.

Oh, and The Stig raced it round a track in a ridiculous time too.

The main filmed article of the show saw Chris Evans, Matt Le Blanc and Sabine Schmitz driving across Europe in the main challenge of the show, racing Eddie Jordan to Venice. 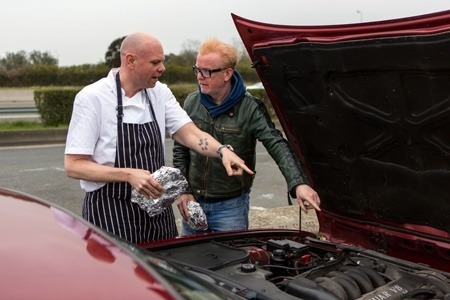 Eddie Jordan travelled in style on the Orient Express, but the others, faced with a budget (the price of a train ticket) and challenges had to face roads and traffic jams on the way, driving considered luxury vehicles.

Schmitz drove an Audi A8, with Evans buying and driving a Jaguar XJ8, and for reasons better known to himself,  LeBlanc ended up on a Vintage Grand Tourer Goldwing motorbike.

Sadly for Le Blanc, the challenge involved picking up 3 Michelin-starred chefs in Paris and driving them to Lyon while they cooked a meal. Pig's head on the front of a bike anyone? (Sabine's Sea Bass cooked on the engine won, by the way.) 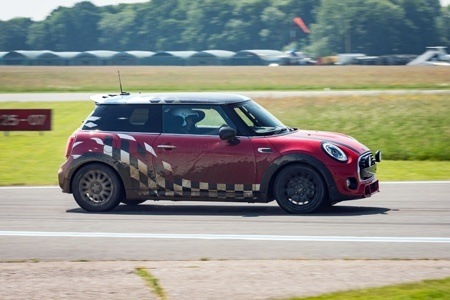 With the film split in two, the latter section showing lots of scenery and a race on foot and bat to the finishing hotel table, Eddie Jordan's train journey won, narrowly beating Sabine and the Audi A8 with Chris Evans third. I think Matt Le Blanc is still on his way!

The “Star In A Rallycross Car” challenge featured Bear Grylls and Brian Cox, and dragged a little this week - but that may be because I'm not a big fan of either. Anyway, Brian Cox was fastest and went into 2nd place behind Anthony Joshua.

Then it was my show highlight. 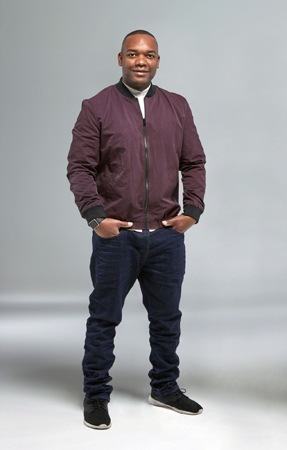 Rory Reid featured in film where he went to New York to test-drive the Tesla Model X – an all-electric SUV with seven seats - with a question hanging over it: "Could this be the model that finally brings electric cars into the mainstream?"

For a petrolhead like Reid, the answer would be a shock: "Yes, it could be."

Tesla cars are getting a reputation as brand-leaders and barrier-breakers, and it seems that the new Tesla Model X is no different. Reid had a great time with it and had only words of praise for its drive, quietness, and power.

Opening by saying "Welcome to the future", he continued by suggesting that the Tesla Model X "could be on the cusp of changing everything", and that it "might do to diesel and petrol what the Ford Model T did to horses."

And that's a big claim.

But it was all backed up in an excellent film (can you guess who my favourite presenter is fast-becoming?) which demonstrated technology, ecology and, using the Ludicrous Mode which offers max power and 0-60 in 3 seconds, power when beating a Dodge Challenge Hellcat in a drag race. Promising a range of 250 miles on full charge and a recharge in 30 minutes with a supercharger, Reid stated that it could well be the start of something with the car "pushing  the reset button" when it comes to cars.

Unfortunately a £90k price in the UK when it arrives will deter many, but then mobile phones and PlayStations cost loads when they first came out. Might be good to remember that.

Overall, the show IS a good one. This episode I found a little too like the old one in its safeness and conformity, but there are people who will like that.

And there WAS less Evans too. Personally I am not bothered with the Ginger One's appearances, but there are obviously people out there (in Twitterland and Facebookland) that do. But he gets a big fat cheque at the end anyway. I am sure he isn't bothered.