Top Tips for New Drivers to Stay Safe on the Road 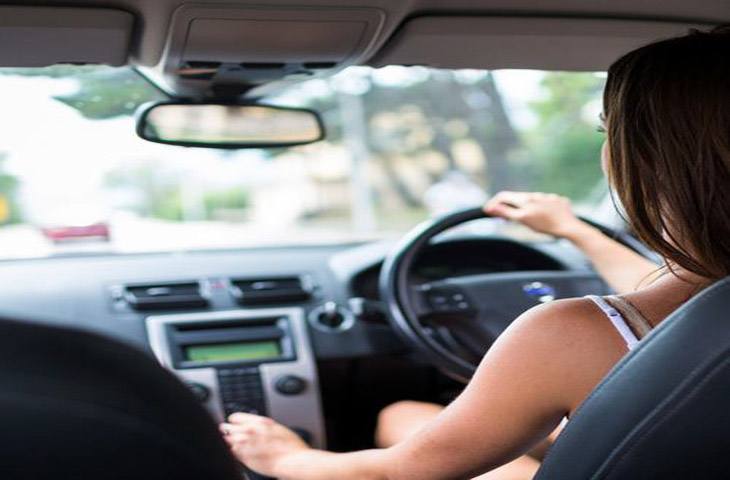 Congratulations! You've passed your driving test. Now the real work begins. Obviously you want to get out there onto the real-life roads in real-life situations as a driver, putting all those new skills you have learned as a learner into practice.

But hold on there!

You have learnt a lot as a learner, and you can now drive, but now you need to learn how to drive 'properly'.

It's all well and good driving on the road with 'L' plates and someone sat next to you telling you what to do, but now you are on your own with nothing to tell other drivers that you are a newbie (unless you've got a 'P' plate - but more about that in a minute), so face facts. As recumbu.com say in their new drivers tips article by BBC Top Gear's Rory Reid, "You don't know jack; you know less than jack, and the stats prove it. In the UK, one in five new drivers is involved in a crash in their first year of driving. Worst still, one in three drivers killed is aged under 25, and this is despite only one in eight motorists being aged 25 or under." And, according to Churchill Insurance, "statistics from RoSPA show that in the first two years after passing your driving test you are more likely to have an accident than at any other time, so you should drive with caution and if possible you should continue learning."

So if you don't want to become a statistic, have a think before you go rushing to take your seat behind the wheel of your car (or your parent's car in all likelihood), because the real driving lessons start here. And this is why we are offering some tips as to what New Drivers need to learn before they set off.

Seriously think about getting some 'P' plates

‘Probationary’ P-plates are just like L-plates, except that instead of a red L, they display a green 'P'. By displaying this, other road users will be aware that you are new and make allowances for you at junctions and in general traffic... hopefully. Not all drivers are that considerate, but most are.

At the moment, displaying P-plates is optional, although some compulsory legislation may come in in the future, so seriously consider getting some. It's not a sign of weakness, as your mates might suggest; more a sign of safety and consideration for other road users, because "if you want to feel safer and less hassled by other, more experienced, road users, it is worth investing in a pair."

Get to know your car

The majority of learner drivers learn to drive in a driving instructor's car, and once they've passed, it's into a 'new' car and off they go. Although not necessarily brand new, it's 'new' to them, so it is important to learn about it before setting off.

Get comfortable. Adjust the seat. Reach the pedals. Move the steering wheel. Look at all the buttons. Learn what each one does. Where's the wiper switch? How do you turn lights on? Where's the fog lamps? How do you operate the hazard warning lights? These are all little things, but if you don't know how to instinctively use them, trying to find them could lead to you become distracted - and that's dangerous!

And make sure you know how to put fuel in the car - and what fuel it takes too!

Think about getting more training

You may have passed your test, but driving alone for the first time is very daunting, and it's only after you get going on the road on your own do you realise that there is a lot more to learn. Driving at night and driving on the motorway are two of main actions that you will do (and may initially avoid) that are daunting, and if you add in driving in busy towns and encountering bad weather and road conditions, it makes sense to try and get a bit more education.

The Government's Pass Plus scheme is a 6 hour practical training course that will "teach you how to drive in busy towns, in all sorts of weather, on motorways, at night and generally in environments that most learners would find stressful. It'll make you a better driver and you'll probably get a cheaper insurance premium as a result of completing it." The course is made up of six practical modules, which include driving in town, in all weathers, on rural roads, at night, on dual carriageways, and on motorways; and although there is no test at the end, the driver is continually assessed and advised as to what they need to concentrate on.

Or there is the option of going for a track day to get any speed issues out of your head, and also teach you all about handling your car. It will also show you your limits in a place where it is safe to do so.

Use the left lane on the motorway

If you do go on the motorway as a new driver, stick to the left hand lane until you are comfortable, because the left lane is for normal driving, and the other lanes are ONLY for overtaking.

So, all those cars driving along quite happily in the middle lane and the outside lane at a steady 70mph when the left and lane is clear (or relatively so) are actually breaking the law and police have powers to tackle 'middle-lane hoggers' with on-the-spot fines.

So stay left wherever possible, and be aware that it is easy to drive too fast once you get back on to ordinary roads again. Make sure you check your speed when you rejoin non-motorway roads.

If the weather turns bad, get out there and practice when YOU want to, because if you suddenly encounter rain, sleet, snow or icy conditions when you least expect it, it is a frightening proposition. So going out on YOUR terms will help you deal with situations by seeing how bad weather affects the car, how braking distances increase, how the car and brakes react when grip is reduced and how you have to change how you drive to cope.

"Doing so on your own terms and at a time of your choosing means you'll feel more comfortable and more confident when conditions take an unexpected turn for the worse."

Yes, it's obvious but new drivers need telling. Before, when not driving, they could chat away for hours, but now they have a big chunk of metal under their control, it is vitally important to concentrate - and using a handheld phone is not only dangerous, it is also illegal, so don't even think about it.

So you can drive and your mates can't. You are going to get badgered to drive them everywhere at all times of the day or night, and when they are in the car, they will egg you on to do things that you may not want to do, but feel forced to...like speed up.

Impressing your mates vs Safe Driving is a battle that safety needs to win. "Speeding, spinning your wheels up and showing off isn't big or clever." In fact, it is a good idea to kick your mates out if you are driving, to avoid the pressure that they can put on you, at least until you feel more confident. You can obviously give them lifts here and there, but at least give it a bit of time before a road trip!

There are other things you can do to make everything safer like; checking your local routes out on a cycle so that you can understand the dangers that cyclists pose to car drivers, and car drivers to cyclists; always checking your blind spot EVERY TIME; not driving in other cars' blind spots; being aware of pedestrian behaviour (because you were one once!); and turning your music right down in the car when you drive.

"If you happen to accrue up to six penalty points on your licence in the first two years after passing the test, your licence will be automatically revoked. You’ll then have to reapply for your driving licence as a learner driver and re-sit both your theory and driving tests all over again." Check out our blog here for more details.

It is also worth checking out this excellent blog post by Honor Clement-Hayes of Ingenie here that all new drivers (and relatives of) should read too, all about 5 things that will immediately happen when you pass your driving test.