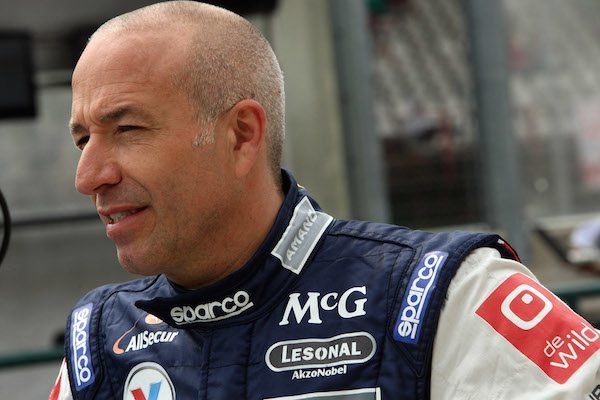 Coronel had some ups and some downs in the WTCC last year (Image credit: PHOTO 4)

In his 25th season of racing, Dutch racing driver Tom Coronel has a season that had its challenges in the new era of the WTCC, as his ROAL Motorsport Chevrolet Cruze suffered major damage at the opening round at Marrakesh. This was due to a first lap incident involving good friend Mehdi Benanni, that saw him miss the next race weekend at Paul Ricard.

However, the Dutchman fought back hard, as he always does, to take 7th place overall in this year’s drivers’ standings, taking the top Chevrolet driver spot ahead of team mate Tom Chilton. He has been close to securing an elusive win, but with the fact that Citröen Racing and Jose-Maria Lopez have dominated this year, realistic goals had to be set.

Tom kindly took time out of his busy schedule to talk to us here at Niationwide Vehicle Ccntracts about the season in general, his thoughts on Citröen’s approach to the WTCC. This is as well as teaming up with his twin brother Tim and the Maxxis Super B Team, for the 2015 Dakar Rally, which got underway in Buenos Aires today.

NVC: Tom, firstly, many congratulations on your 25th season of racing, as well as being the top Chevrolet driver in the 2014 WTCC season, just finishing ahead of your ROAL Motorsport teammate, Tom Chilton.

It showed that the new car has great potential with the podium finishes and victories in its first year. In terms of your own season, which didn’t get off to the best of starts at Marrakesh, how did you bounce back, especially as you also had to miss the next round at Paul Ricard?

Tom Coronel:  First of all, I was badly hurt financially, but I solved it with the team and I think it just made us stronger, as we wanted to show our potential. The good thing about doing commentary in Paul Ricard was that I could see what everyone else was doing.

When you’re driving, you can’t see what anyone else is doing, as you’re focused on just what you’re doing behind the wheel.  At Paul Ricard, I was not convinced with the set up that they were running. In Hungary, I was pretty fast, as I had gone with a different type of set up from what the other Chevys were running.

It showed in the wet as well, and at Slovakiaring, I was beating my team mate quite easily, as I had the grip and he struggled.  It didn’t always work out at all the circuits such as Argentina, but at tracks like Salzburg and Spa, the car had good pace.

To be the top Chevrolet driver was the main goal, as it was the only realistic goal that we could reach, which showed at the half way point of the season, when I was running in sixth place behind all the factory cars. It was a big achievement and it also felt good that we were going about things the right way.

It is difficult in a new championship with hardly any testing and a limited budget, so it was a different situation than some of the others, but I’ve been really enjoying the challenge, especially as I love to be the underdog.

NVC: Exactly, as Citröen Racing had the jump on the entire field with their car, the C-Elysée. We discussed earlier on in the year with regards to the tyre allocations teams were given, which meant that Citröen were able to use several hundred tyres, but each RML Chevrolet was supplied with just a handful.

They hit the track running, with Jose-Maria Lopez wrapping up the title with races to spare. What were your thoughts on when they came out fighting hard from the opening race weekend in Marrakesh, saying that they were there to win?

TC: It was logical that it was going to happen, but the only ones who didn’t know were Citröen themselves. They were the only ones that were prepared, because if Marrakesh had been a week earlier, our cars would not have been ready.

I had only done a shakedown in the car just ahead of the opening race, whilst they had been testing since July the year before, so they had an advantage of half a season’s worth of testing. This was as well as their budget and having an experienced driver in Yvan Muller to help develop the car.

By the beginning of the season, Citröen had used 1500 tyres, whereas RML only had 24 tyres because they had to deliver six cars. You could see that they were playing with the rest, even when they had full ballast in the cars. They worked for it, and the winner is the one that does, plus they won in the right way by playing by the rules and being honest. They’re committed, focused and intelligent people over at Citröen. 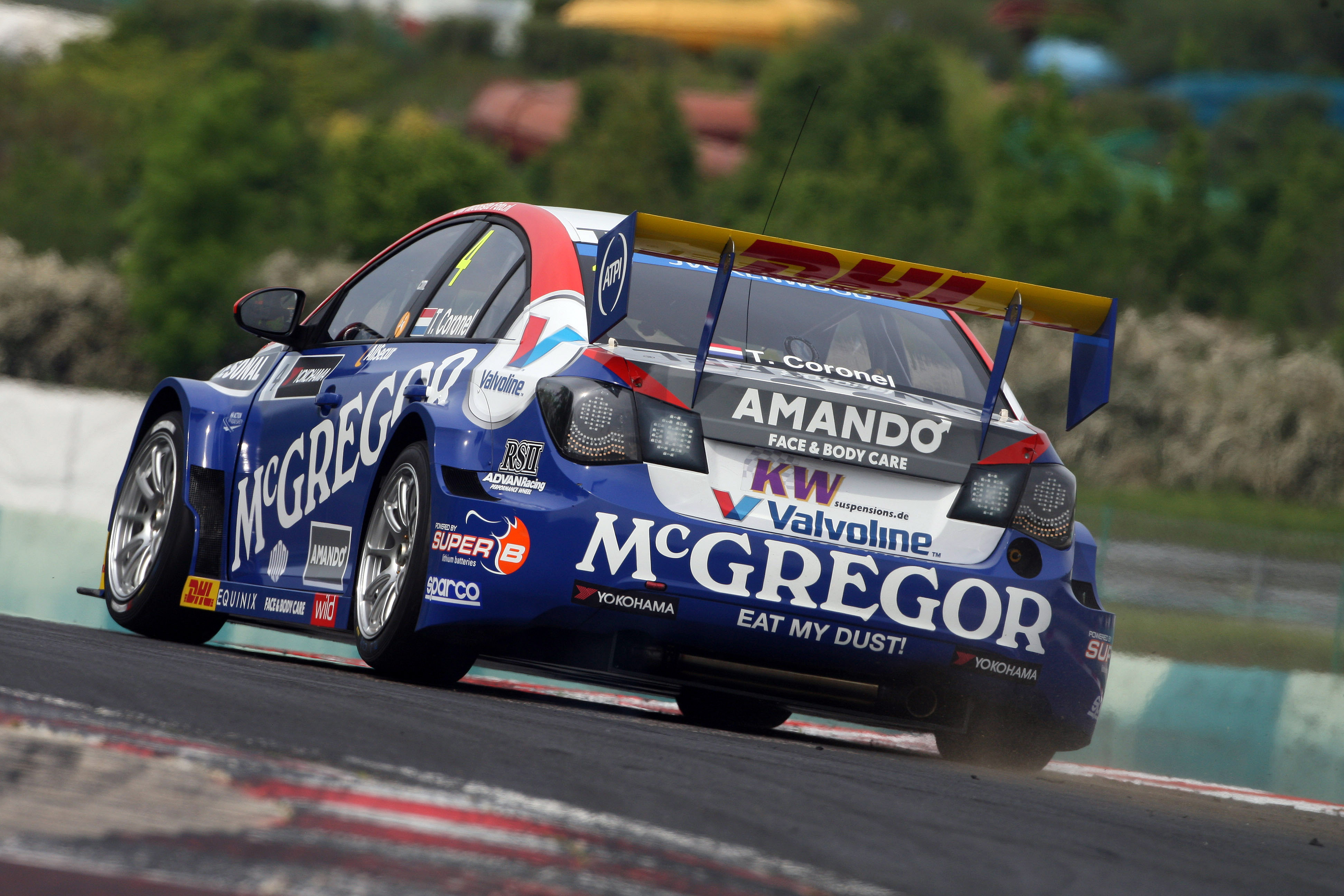 The plucky Dutch driver returned at Hungary and fought hard for the rest of the year (Image credit: PHOTO 4)

NVC: Coming onto Macau, which is one of the most iconic tracks around the globe, as well as being a particular favourite of yours. Let’s talk about the final race weekend, where you finished in the top ten for both races, as well as getting into Q3 for the second time this year.

TC: I got fourth on the grid, so it was the three guys from Citröen ahead of me, but I was a second faster than the next Chevrolet.  I think I did a brilliant job, but I think I was driving pretty good in Q3, as I was three tenths ahead of Norbert Michelisz after the first sector.

Yeah, we were in good shape and saw our potential on such a circuit, where you have to live in the moment and make the right call at the right time. Macau was one of the places where I could really show the car’s potential, but in qualifying, it was not too clever to be in the top five, because you can’t overtake the guys in front in the first race.

The in race two, the guys who are fast are too close behind, so you get overtaken very easily. I’m happy with the results, because when I was driving behind my team mate, I was just thinking about the championship to be the first Chevrolet, so I didn’t take the risk.

NVC: One of the fastest corners on the Guia circuit is the famed Mandarin corner, that you said as per your YouTube preview that if you go off at that point on the track, there’s nothing but trouble ahead. What kind of speeds are you guys hitting at that corner, even though you have to lift off the throttle slightly?

TC: It’s around 227 km/h that we are doing, as well as there being a bump. It’s very tricky, but it is such a special corner. Of course, I couldn’t have the same problem as I did in Marrakesh, as the car was not insured at both races, so I had to be careful.

NVC: Finally, how are the preparations for the Dakar coming along with the buggies and the Maxxis Super B team?

TC: It seems as if the car has never been as good as it is now, as every year there is a good development for the following attempt at the Dakar.  Every year, the car gets better and it’s 60 kilograms lighter this time around, which is around 10 percent lighter than last year.

The cars are ready and we’re just waiting to get to the start and go racing.

NVC: How have the preparations for your unique role, not just as a competitor, but also as an in-house reporter for Holland’s RTL Television?

TC: We’ve done preparation with regards to the cameras we are going to be using, as well as making a box for the cameras as well. I feel like that I am capable of doing it, but it is a case of paying attention as to what is happening on the roads.

I approached them when I knew that they needed more on-site reporting, as I have dome television work before for Dutch TV, and spoke to them after I knew that I was doing Dakar this year.

So they said yes, and asked that if I could record footage of other Dutch competitors are struggling and support them. But we’re all impatient to get to the start line on the 3rd of January.

The efforts of Tom and twin brother Tim and all at Maxxis Super B Team will be under close observation, as both the twins want to make it to the finish of the Dakar come January 17th, which will have seen them travel over 9000 kilometers from start to finish.

Nationwide Vehicle Contracts would like to thank Tom for his time, and wish all the team at Maxxis Super B the very best of luck for the Dakar. (For more from our Track Talk series, you can read more interviews here.) 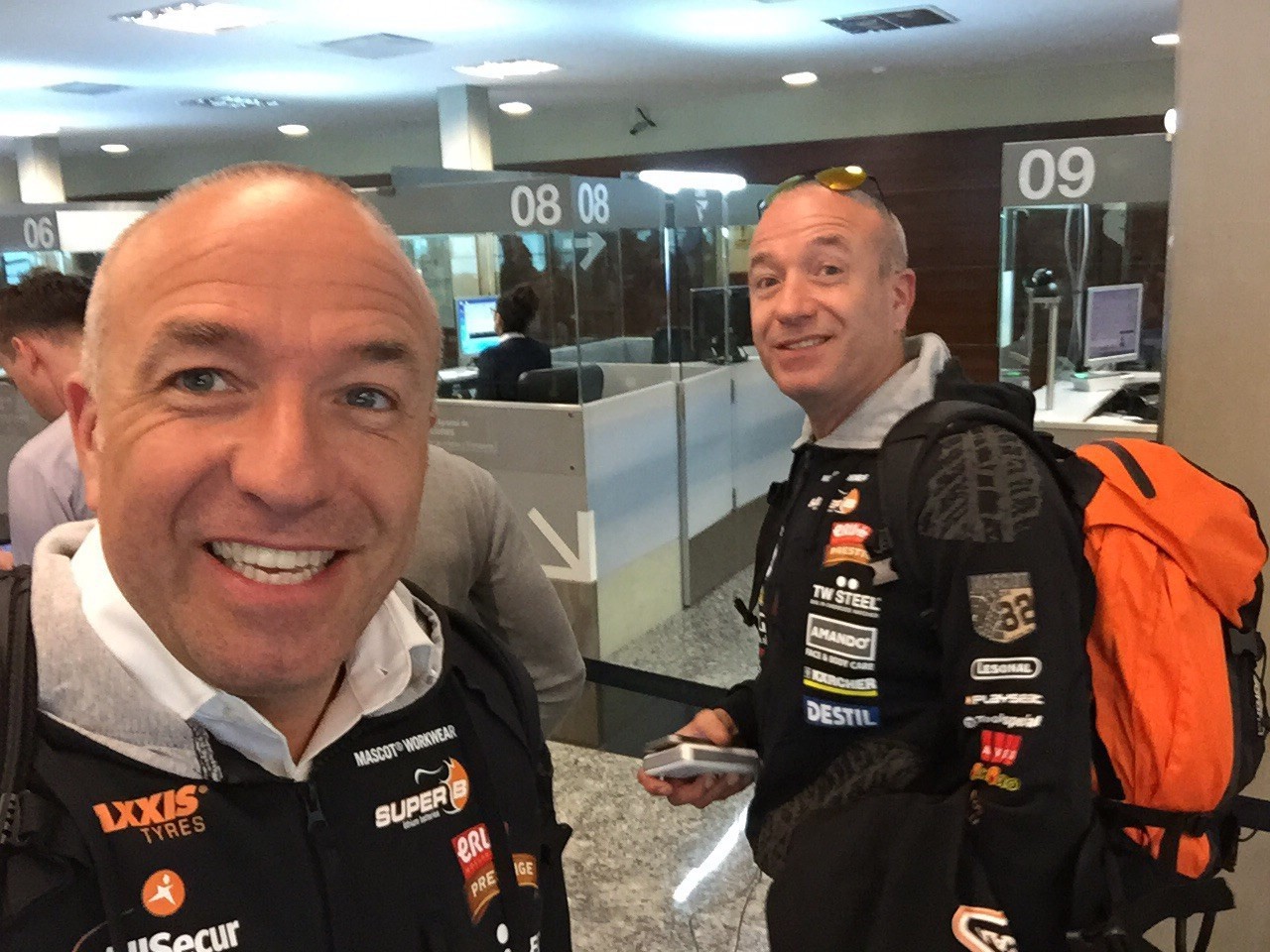 The Coronel twins return to the Dakar together for the first time since 2009 (Image Credit: Tom Coronel Racing)