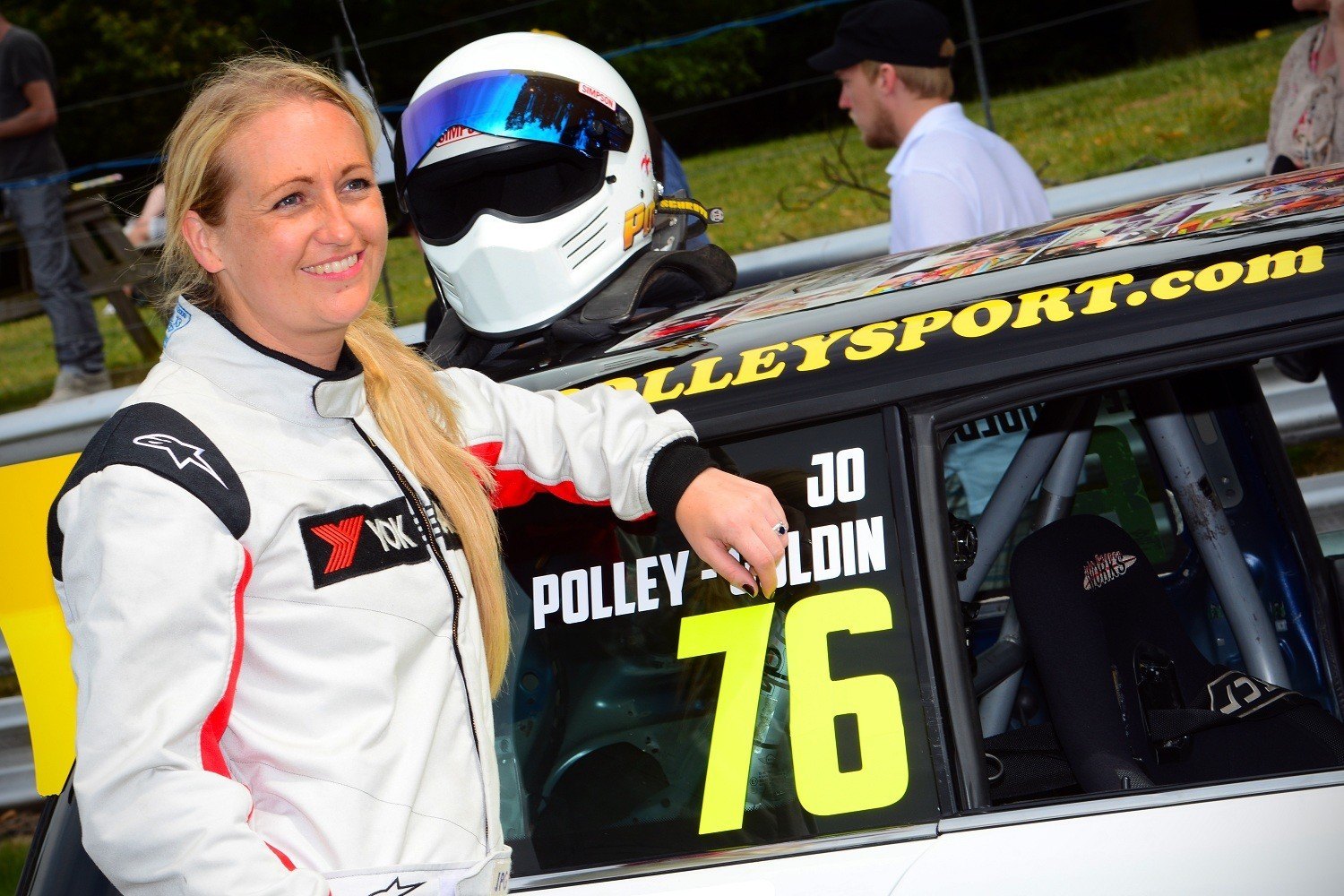 Racing affects many people from different walks of life, irrespective of gender, race or religion, as that natural adrenaline flows through the bloodstreams of those that have found it to be a big part of their lives.

One racing driver is among those that have a bloodline that is linked to racing, and finds that part of life very much a big part of who they are today. Jo Polley-Goldin is a woman, yes, but she is a competitive individual on the race track when the visor goes down and the lights go out.

She's been competing in racing since she was a teenager, and currently competes in the Power Maxed Mini Challenge, and is one of the women that is looking to join the UK Wildcats, who are the UK team that will be competing in the 25th running of the 2015 Rallye Aïcha des Gazelles next March.

Jo kindly took the time out of her busy schedule to talk to us here at Nationwide Vehicle Contracts, and candidly discussed ow much work she puts in to stay racing, how her love of motorsport grew and her motivation to get to Morocco early next year.

Nationwide Vehicle Contracts: Jo, firstly, thank you very much for taking the time to talking to us here at NVC.

Your family has been associated with racing in one form or another, with your father George being a double Hot Rod World Champion. What do you remember from your first ever experience of being at a circuit or event?

My Dad won the World Championship for the first time when I was 2 months old, so I literally have been going racing since I was a baby. It’s the only way of life I knew, as growing up, it was just normal to be going off to a race track every weekend.

I probably wasn’t really aware just how good my Dad was until I was a teenager and started paying more attention to the racing. My earliest memories would be playing in the dirt in the pits, and having lots of jumpers with my Dad’s race number 306 on that his fans used to knit for me!

NVC: What inspired you to get behind the wheel and make that decision to step into the Ministoxs at the age of 15?

JP-G: My brother had a Ministox, so I wanted one to prove that I could do it too.

NVC: How supportive have both your father and husband been in terms of your racing career?

JP-G: My Dad supported us all (I have 2 brothers) through Ministox as kids, but then if we wanted to race after that we were on our own. Obviously, our parents help us all where they can, but our family business just doesn't have the finances to fund all of us to race so we have had to fund it ourselves, my brothers do this by building their own cars and setting them up for people, I do it through sponsorship.

My husband races himself (also a former World Champion) in Brisca F2s, which race every weekend and take a lot of maintenance. Although he is supportive of my racing, he doesn't have any time or resources to devote to it.

I am pretty much on my own with it, and everyone is of the opinion that I shouldn't really race, because no-one has the time to help me and I don't have the finances to fund it. But I just refuse to give in and have to go out and find people who are willing to help me.

The major difference this year has been teaming up with Jenna Stretton, who is my Manager and close friend. She has been the driving force behind me who has been to every round with me and kept me going when I've thought "No, we just can't do it."

NVC: When you were informed that you were a member of the British Womens’ Racing Drivers Club, how was were your feelings at the point, being given the greatest recognition by your racing peers?

JP-G: I havebeen a member since 2006, which was a long time ago, but I do remember feeling excited when I was accepted and I am very proud to be a member. It is a great organisation and I hope I am a good role model for girls who want to race.

NVC: Budget is one of the biggest stumbling blocks for any driver thing to get on the grid, which is the case with what you do to compete in the Mini Challenge Championship. How much time to you spend trying to get the funds together and how much of a setback can it be if the car is badly damaged?

JP-G: Oh god! It's literally a full time job. Both Jenna and I have spent hundreds of hours putting together my prospectus, sending it out and following it up with calls. Then there are race reports, newsletters, updates, interviews and things to keep the sponsors happy, we are constantly increasing the social media impressions and reach as this is a great selling tool for sponsors. Every round, I have to find more money so I am constantly on it, my husband does his race prep in the garage and I do mine on the phone and pc!

Yes, any damage is a massive set back, when I am barely scraping the budget to get out on the track and put tyres on the car, as anything on top really could be game over. We had a big set back after a crash at Brands Hatch and had to miss a round. If I had another big crash now that would be it, the season would be over.

NVC: The motorsport community is one big family, with a lot more women now racing all around the globe in a variety of racing series from single seaters to tin-tops. Do you feel that racing drivers in general are being a lot more accepting of this happening as time goes on, especially with your unique perspective as both a racer and the Power Maxed Racing BTCC grid girl?

JP-G: Yes, I think it's not so unusual now, as most championships have had one or two female competitors at one time or another. I've never really had any issues racing against male competitors, most of them have a lot of respect for you especially when you beat them. It's more the general public who dont know much about racing, when you meet people and tell them that you race one of the first things they always say is "what against men?"

Being a grid girl is just a bit of fun, as racing will always be my priority. But I love BTCC and it is my aim to race in BTCC so doing the grid opens lots of doors, it's a great experience and I get to be involved with the championship that I want to race in. There are probably people who would criticize me for doing it but I have a goal and I'm working towards it. I love being part of the whole BTCC experience, the Chris Stockton PowerMaxed team are great and I am proud to be a part of the team. Anything that can raise my profile helps get sponsorship and makes me a unique package so its all good.

NVC: You’re one of the ladies that will be looking to make it to Morocco next March, as part of the Rallye des Gazelles UK team. What was the motivation to compete in such an event, especially with the work it does through the “Coeur des Gazelles” charity?

JP-G: It's just come at the right time for me' where I feel like I want to live life to the full, as well as do things that challenge me and do something that is benefiting to other people who really need it. I desperately want to get in to the team to do the Rallye. I would be so proud to represent my Country and be raising money to help the Coeur des Gazelles charity. Being a racing driver, you really have to be quite selfish, as it's all about you so it would be nice to give something back. I will be giving it 100% to get into the final team.

NVC: And finally, Jo, what is your daily driver?

JP-G: A metallic blue MINI Cooper Diesel, nothing flashy but I love it!

With women like Jo showing complete dedication to getting behind the wheel and showing the "boys" how it's done brings a new energy to racing, especially when there are women involved in many aspects of Formula One and other major series, such as Formula E and GT racing.

We'd like to thank Jo and wish her all the very best in the future with her ongoing efforts in the Mini Challenge, as well as the upcoming Rallye des Gazelles project.  (For more of our Track Talk Series, you can read more interviews here.) 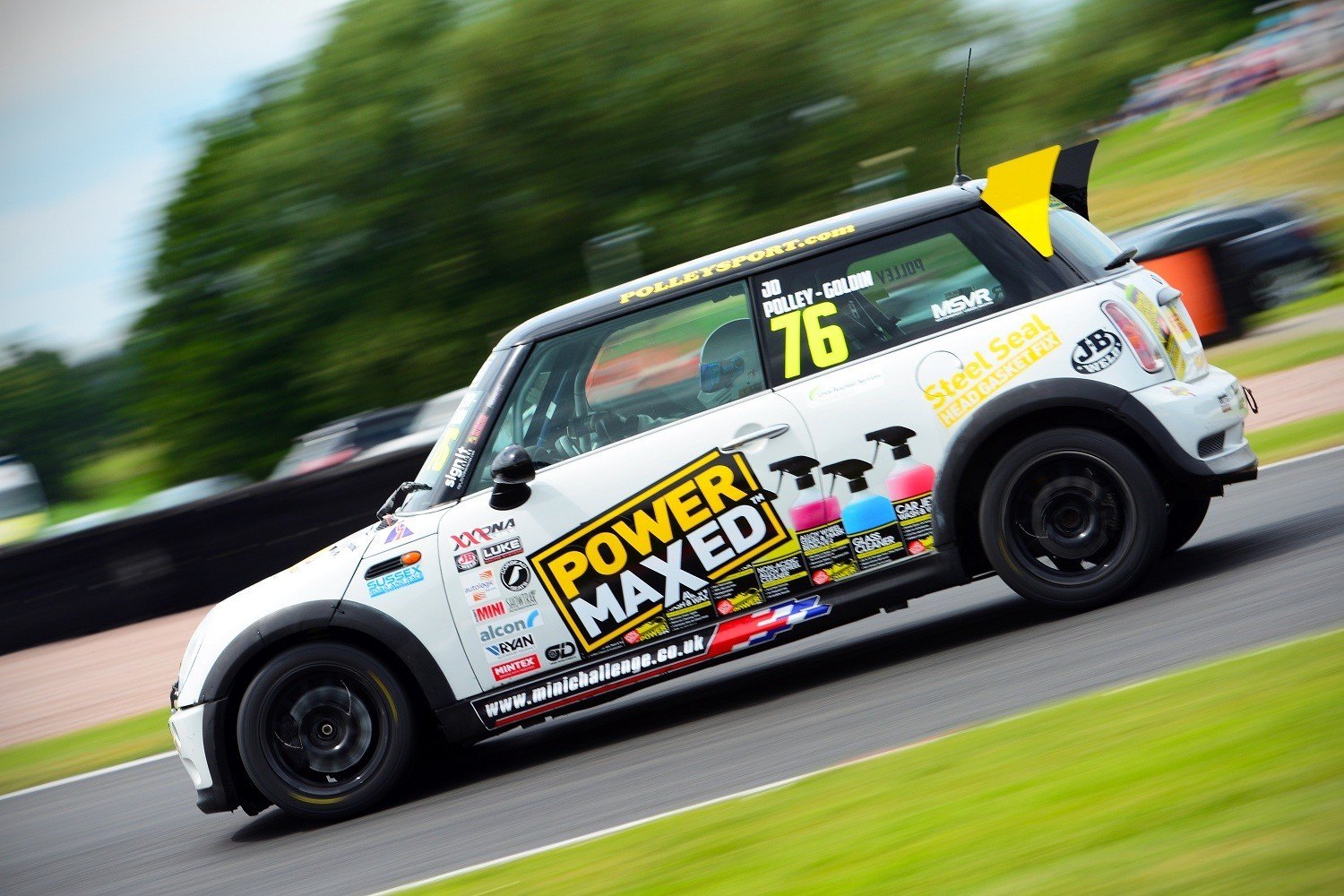