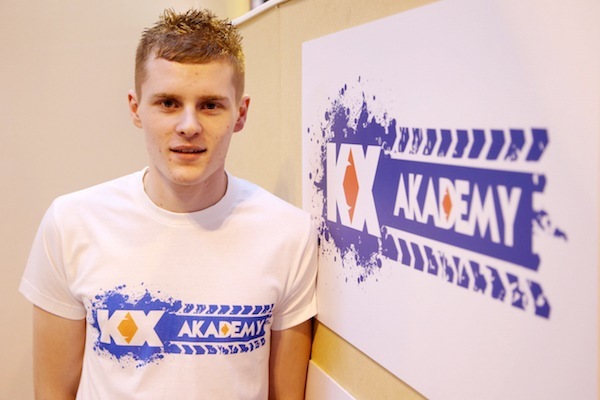 Ant was selected by KX as part of their Akademy for 2014 (Credit: Jakob Ebrey Photography)

There are many young talents that are emerging from the ranks of the Courier Connections UK Clio Cup, which saw the Series 4 Clio Cup Renault Sport race car make its debut on UK soil back in April this year.

One driver, who came back with the new car on board, having made his debut on this part of the British Touring Car Championship support package back in 2012 as a rookie with Westbourne Motorsport, was Ant Whorton-Eales. The BRDC Rising Star finished second in the rookie championship, having taken three class wins and got onto the podium in the overall race results twice that year.

His upward turn in form was set to continue in 2013, as the Lichfield race ace was selected by the KX Akademy, which gave his racing career a welcome boost in terms of being mentored and assisted to become a professional race driver in the right way. This association was re-iginted for this year, as Ant has progressed in the right direction towards being at the top of his game.

With BTCC double champion Jason Plato being the main driving force behind this new scheme, Ant has been assisted in terms of financial help towards his racing, media and sponsorship training. This was as well as the many aspects that a race driver has to deal with on and off track.

This 20-year-old young talent, who started racing at the age of 12 back in 2006, was able to talk to us here at Nationwide Vehicle Contracts about this year’s antics, which saw him place 4th overall in the main title fight with KX by SV Racing, who took the series’ team title.

Nationwide Vehicle Contracts: Thanks for taking the time to talk us here at NVC, Ant. It’s been a good consistent year for you this time around, having secured multiple points finishes, which also included some great podiums in the process. What were the highs and lows of your season?

Ant Whorton-Eales:  Thanks very much. It was a good run this year. The main highs were definitely the consistency throughout the season, as SV Racing did a fantastic job to prepare and set up the car for every race weekend.

I found myself rather competitive in terms of pace every time we hit the track, whatever the conditions, so we were there in the hunt all the while. In previous seasons, the consistency that I had all year would have put me near the top of the championship going into the final rounds.

There were only three low points of the year for me. First of all, going into turn 1 a little too fast at Oulton Park cost me a win, as I span out. When we came back after the summer break at Snetterton, when a huge slide at Corum took me out of contention of finishing second in one of the races, and at Thruxton, contact from one of my rivals put a stop to a good points haul for me that weekend.

If you removed the results from those three races or turn two of them into retirements, which would count towards “drop rounds,” we would have gone into the Brands Hatch finale just a handful of points behind the championship leader.

NVC: The cars raced this year and last season are two completely different animals. What are the main differences between the two and which can you get the most out of?

AW-E: I raced last year’s car halfway through the year at Snetterton, so it gave me the perfect chance to be able to make that “back-to-back” comparison, which showed me how different they really are!

The Clio Series 3 race car is rather stiff and is pretty much on the edge, when it comes to pushing it to the limit. It’s got a sequential gearbox, has no turbocharger and servo-assisted brakes, so when I got out of the car, I was quite literally exhausted from the amount of effort that is needed to push the car hard.

Even when you change gear, it feels like your shoulder is about to be wrenched out from its socket, but the car is a little screamer when it’s driven with aggression and on the edge!

However, the Series 4 Clio is tamer in comparison, but it is a more advanced type of racing machine, where precision and consistency is the key. That is due to the characteristics it has, having turbo power and the paddle-shift set-up.

Both are great cars in their own ways, but the Series 3 car is the more exciting for pure thrills.

NVC: So is the new Series 4 race car a great replacement for what young drivers can race in, alongside the likes of the Ginettas and the BTCC itself?

AW-E: It’s great in the way it is, as it is a ‘baby’ touring car. This is great for drivers like ourselves, as it gives us a head start on how we can maximize the performance from a turbo charged platform.

With every one-make racing series, the cars do need to move on to another level. Renault Sport have done a fantastic job with this generation of Clio, which has made the field be so close and highly competitive, especially when you consider that the whole grid are just a few tenths of a second apart. 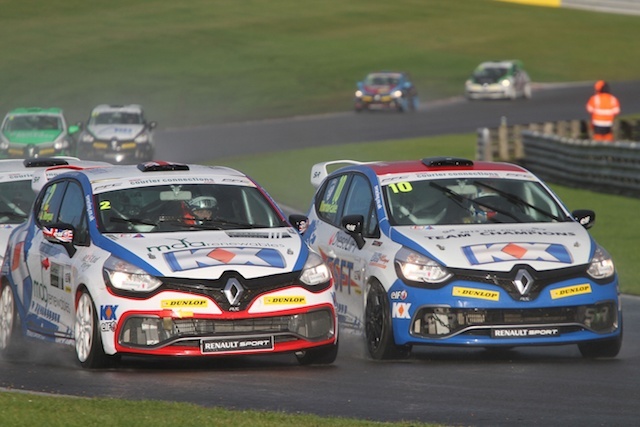 Whorton-Eales (R) was on the pace for the season, especial at the season finale

NVC: With the new car, how much more work has it been for everyone involved, when it comes to setting up the car at its optimum, depending on strategy and weather being some of the crucial factors to consider?

AW-E: It’s honestly been a lot harder to get the cars to reach their full potential this year. It is due to the fact that everyone has had to start a new car from scratch apart from Team Pyro, who ran the car in the EuroCup series in 2013.

Along with SV, we’ve been spending a lot of time over the course of the year, always talking about how to get the most out of the car every time we get out on track.  Even with testing earlier on this year, the temperatures were that cold that we couldn’t get accurate data from the Dunlop tyres we use.

Thanks to a huge team effort from everyone involved meant that SV Racing did a fantastic job getting to grips to the challenge of racing the new car, which meant that the Teams Championship was well deserved after such a great team effort!

NVC: What is the outlook for you for next year, especially with the fact that you were showing great form all season long in the UK Clio Cup?

AW-E: I would love to race in the UK Clio Cup again next year. The pace that  we’ve had this year shows that there is a definitive chance that I can challenge for the title. I do have “unfinished business” in this series, and look forward to hopefully stepping it up another gear next season.

NVC: All the very best of luck, Ant, and we look forward to hearing what you’re racing in next year.

This young talented man, who clearly showed that he was one to watch out ahead of what may happen next year, is one driver that could be in the hunt for the overall title next season.

His spectacular run in the first race of the weekend saw him take the initiative from eighth on the grid, when a sudden downpour forced the entire grid onto wet tyres for the first race of the weekend. As a result of a brave passing manouever into Surtees during a four-way battle for second place, Ant went up the inside of several drivers, including the likes of Ash Hand and Alex Morgan, whilst keeping the throttle down with two wheels on the grass.

However, race 2 saw him retire after a first-lap incident where he could not avoid the melee in front, causing severe damage to his Series 4 Clio. But with the success he has had this year, it is something for Whorton-Eales to build on for next year, where it is clear that he could very well shine ahead of the rest.

We’d like to thank Ant for his time and wish him all the very best, as the winter is soon to settle in, whilst waiting for the racing to start once again. (For more from our Track Talk series, you can read more interviews here.) 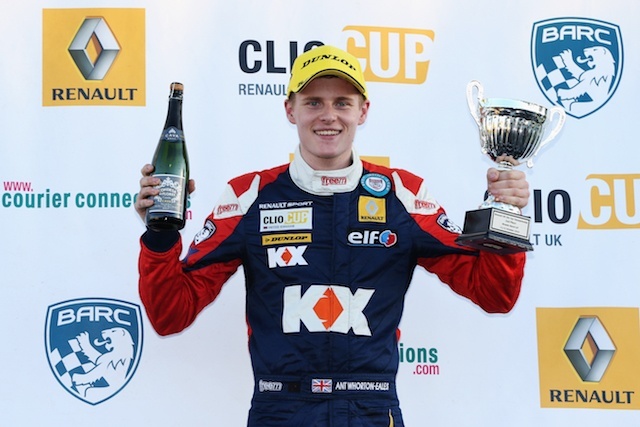