Turn Around When Possible Dangers 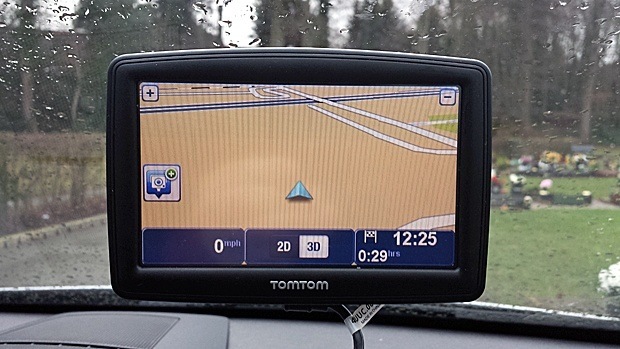 We all know the phrase “Turn around when possible”; those of us who use Sat-Navs anyway, and it is a phrase that, according to road safety charity Brake, can put drivers in danger rather than just get you where you are going. 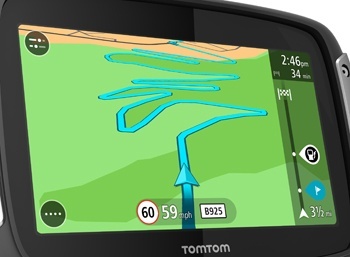 This is because a recent survey conducted by them in conjunction with partners Direct Line has found that more than one in seven (15%) drivers who use a Sat-Nav admit making illegal or risky manoeuvres to correct ‘mistakes’ that they have made when following Sat-Nav instructions – and this puts not only them in danger, but other vehicles on the road, other road users and pedestrians too!

Voice-based Sat-Navs have their obvious advantages in comparison to other visual displays and paper maps, but that voice can also distract you when it tells you that you have done something wrong. However, research has also found that voice-based in-vehicle navigation is actually safer than using a visual display or paper map, as it allows the driver to navigate without looking away from the road. 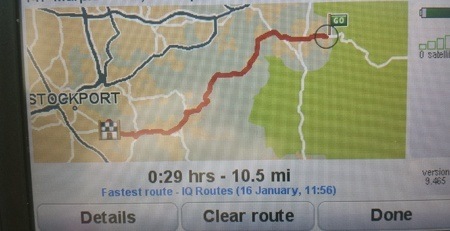 The Brake survey highlights a problem though as it also revealed that one in 14 (7%) drivers have had a near miss, having to swerve or brake suddenly to avoid a hazard, because they were distracted by a Sat-Nav (rising to one in 10 (11%) among young drivers (17-24).

This adds to some evidence that exists to show that reliance on a Sat-Nav can make drivers drive faster and actually become less observant, relying on the device to tell them where to go rather than use it in conjunction with their eyes.

And that lack of observance is increased with one in 14 (7%) drivers also admitting to having a similar near miss because they were fiddling with their stereo (rising to one in 10 (11%) among young drivers (17-24.)) Despite what many people think, as they turn up the volume to help them possibly stay awake on long trips, listening to loud music has been found to slow drivers’ reaction times, and also to encourage aggressive driving; as well as preventing drivers hearing what is going on around them – adding to the inherent dangers in fiddling with the controls of radios or music players can also be dangerous. 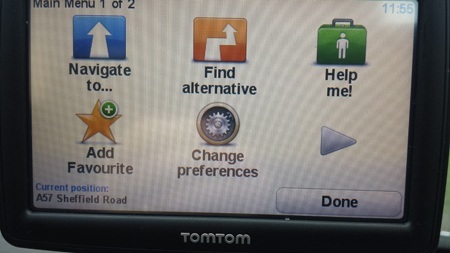 As Julie Townsend, deputy chief executive, Brake, says: “Sat-Navs have revolutionised the way many of us drive, helping us get from A to B without worrying about navigation, and there are indications they can make you safer. However, there are potential pitfalls to be wary of that can pose a real danger to yourself and other road users. Remember, the Sat-Nav is there to help you keep focused on driving rather than worry about directions, but it's not there to make all the decisions for you. Driving is an unpredictable activity, so you still need to look at signs, particularly those warning of hazards or speed limits, and watch for people and unexpected problems.

“For many drivers there is an increasing array of technological temptations that can pose a deadly distraction; it’s essential to resist them to ensure you and others arrive safely. Brake’s advice is: set your Sat-Nav and radio before you set off, put your phone in the boot and ensure you’re not tempted to do anything that will take your mind or eyes off the road while driving.”

This is all part of Brake’s ‘Drive Smart’ Campaign where Brake are calling on all drivers to stay alert and keep their mind and eyes on the road.

With this they are suggesting that drivers: 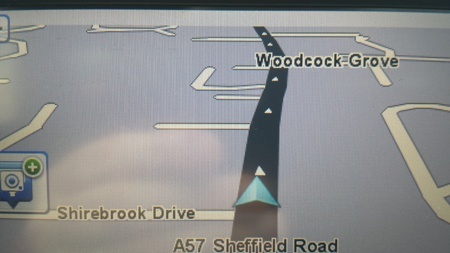 Obviously, with all the technology crammed into a vehicle these days, that isn’t an easy thing to do, but research does show that multi-tasking whilst at the wheel affects driving performance, with the act of doing more than one thing at a time whilst driving making it two to three times more likely to crash, increasing the odds even more when undertaking more complex activities like talking on a phone or texting. Talking on a phone (hands-free or hand-held) has been shown to make drivers four times more likely to be in a serious crash; texting far more still

Rob Miles, director of motor at Direct Line,commented: “Looking at the Sat-Nav while your eyes are meant to be on the road is no different from trying to drive with a map in front of you. It's dangerous, and you shouldn't do it. If you're going to use Sat-Nav to guide you through a journey, better to use a voice-based version so you can keep your eyes on the road. If you need to change direction or turn around, do it safely, even if it takes a bit of time to get to the next roundabout rather than doing a U-turn. And if you want to look at the Sat-Nav, do what you'd do with a map: find somewhere safe to pull over before having a look.”

Brake is also calling on the Government to regulate the use of in-built vehicle ‘infotainment’ systems, that enable drivers to perform tasks straight from the dashboard that have nothing to do with driving (such as checking social media) and also for tougher penalties for distracted drivers, including much higher fines for those caught using phones, and the ban on phone use extended to hands-free kits, given research showing the dangers of using these.