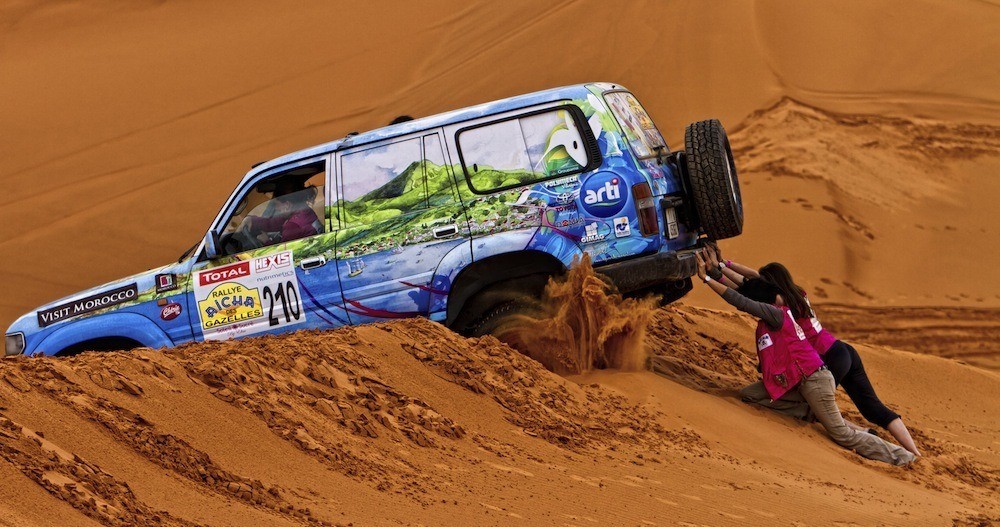 Working together is just a part of Rallye des Gazelles (Image Credit: Maienga)

For those that follow off-roading, you may have heard about the legend that is the Dakar Rally. It’s one of the toughest races known to the motorsport world, with varying terrains and danger along the way.

However, there is one rally sharing the same sort of challenges that is out there, which helps to promote women in motorsport. The Rallye Aïcha des Gazelles is a women-only event, as teams from across the globe head to Morocco every March to challenge themselves and help a very worth cause.

The rally itself is an endurance challenge for all that take part, with the ladies making up the teams being brought back down to earth, using only a compass and a map to guide them along the way.

Since its inception back in 1990, the rally itself has never had a team from the United Kingdom enter until someone decided to step forward and make it happen. Motorsport presenter Alexandra Legouix, who is part of Eurosport’s WTCC broadcast team, made the trek to Morocco earlier this year to find out just how grueling the rally is. 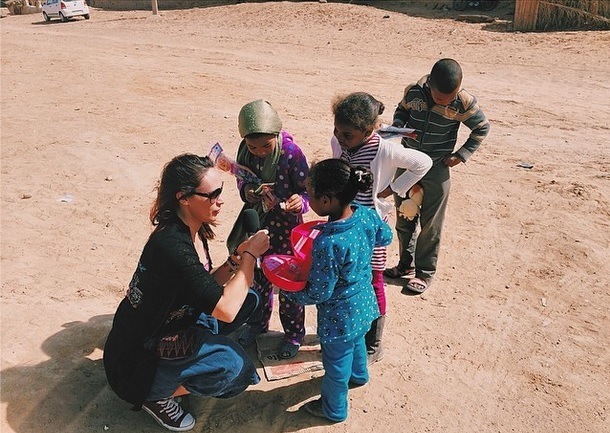 For such an event, preparation is key, and no stone will be left unturned, as Alexandra will be joined by fellow motorsport presenter Gemma Scott, Big Brother’s Jackie Travers and up to a maximum of three other women to compete in the 25th anniversary event next March.

Twenty-four women will be put through a grueling selection program this coming September, which will include a physical bootcamp, navigation and off-roading.

Race drivers Becky-Beth Cox and Jo Polley Goldin, motorsport PR Emma Buxton and Radio 1 DJ Claira Hermet represent just a handful of those women that are wanting to have THAT experience of a lifetime, as their journey will be chronicled from start to finish in a six-part series.

Those that are selected will then undertake an extensive training program to get ready for the start of the nine-day event, which sees all teams drive from the Eiffel Tower in Paris to Morocco. They’ll be learning from some of the best in their respective fields, such as the famed Ice Driver School and the Stockholm Rally School in Sweden, where help all to get their skills behind the wheel up to the task of driving in adverse conditions.

The rally itself is well respected throughout Africa, thanks to the good work that is done through the event’s affiliated charity, “Coeur des Gazelles.” The work that the rally itself does helps to assist in improving the quality of life in Morocco, which helps the population to build schools, help in orphanages, job training, as well as supplying villages with safe water and building projects that are feasable and helps to make life better for those in need.

The fact that we already have the likes of Monisha Kaltenborn and Claire Williams running the likes of Sauber and Williams in Formula One, is proof that motorsport is having its ranks increased by women who are passionate, knowledgeable and will want to be as successful as their male counterparts.

With preparation, courage and skill helping them on their way, those chosen to represent the United Kingdom will do us proud in the desert, but also find their lives enriched from an adventure that will stay in their memories for a lifetime. You can be sure that they will do us proud.

Our girls need all the support you can give, so why not give them a follow and see how they get on on over the next coming months. 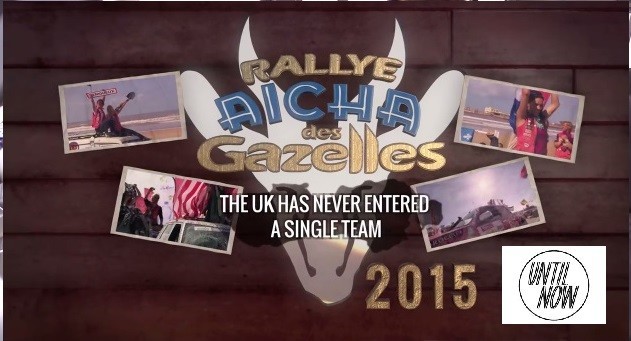