UK Wildcats Set For Next Phase 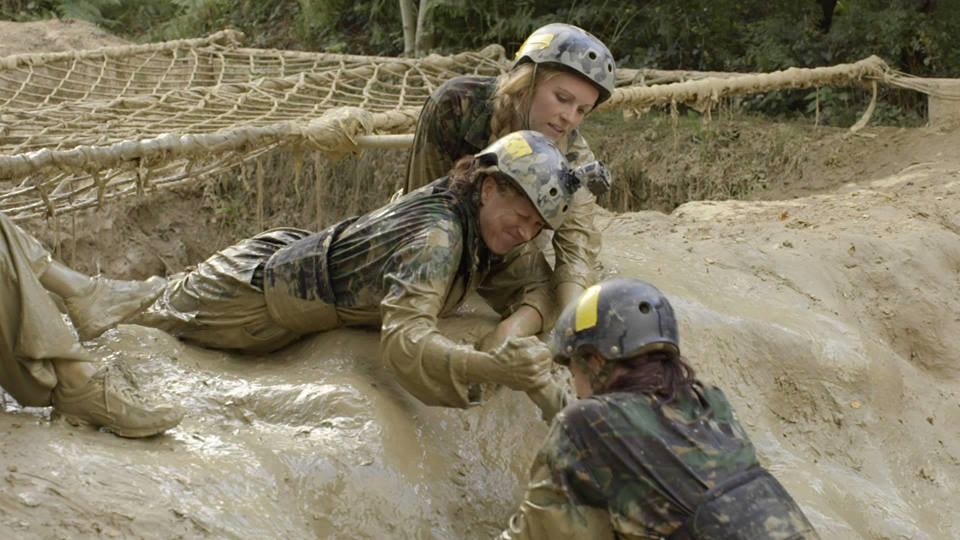 There is still hard work ahead of the 25th running of the Rallye Aïcha des Gazelles this coming March, as the UK Wildcats are still hell bent on making the start line in Morocco.

The project is the brainchild of Alexandra Legouix, who is currently a part of Eurosport’s WTCC presenting team, who went out to the desert last March to get an understanding of not just the Rallye itself.

With an open mind, she found out about the hardships that women face in the area, as the work carried out by the “Coëur des Gazelles,” which is supported by the efforts of the Rallye itself, helps to advise in many different ways from healthcare, education and counseling aspects.

Nevertheless, she is wanting to make a difference by helping to put together a crack team of women from the UK to go out to the desert and represent our shores in the event for the very first time.

24 hopefuls were recently put through their paces at a two-day boot camp that would test them to their limits in many different ways. With Gazelle Commander Scott Webber keeping tabs on those hoping to make it through, the going was not easy.

The judges on hand to see who would be best to represent the team in Morocco were Rallye des Gazelles competitor and the UK team’s advisor, Benedicte Clarkson, Race2Recovery’s Ben Gott, who will lead the support, logistics and vehicle supply and maintenance with the Dakar Wildcats. Race2Recovery have experience is desert rallies, having competed in the Dakar themselves, so their help and advice will be of great benefit to those chosen.

Alberto Gonçalves, who was another well-versed judge at the bootcamp, also has plenty of experience of the Dakar and being a support driver at the Rallye des Gazelles, met up with Alexandra on her reconnaissance mission. He helped her by giving some essential advice on how the Rallye is to be tackled, which is more than just being first. He was also on hand to cast his expert eye on how the girls would measure up.

Over the two days, the judges were looking for those that were showing essential qualities that are needed for the Rally des Gazelles, such as logical thinking, mental toughness, problem solving and showing spirit. The driving part of the boot camp also showed just who would be the best, in terms of tackling multiple different types of terrain that will be encountered.

After much evaluation, all those that attended the boot camp did their very best to continue on to the training phase, which will include training over in Norway with the famed Ice Driver school, the iZone driver performance facility at Silverstone and desert driving training in the lead up to the event.

Alexandra explained during a recent blog on the official UK Wildcats website as to what happened at the boot camp itself: “Day one consisted of tough, physical challenges that mimicked elements the desert would throw at us. This included a 5K military style assault course, forcing us to work together in teams, all the while knowing that only twelve would get through to day two. Twelve tearful contenders were sent home very late the first night whilst the remaining 12 camped in 2 tents.

“Mentally and physically exhausted, these women were rudely awoken at 430am by explosions and smoke, before being thrown straight into a tough navigation challenge then demanding off road driving tasks.  Think Hunger Games meets Top Gear meets Big Brother and you get the idea.”

Time is fast approaching, as the start of the Rallye will await those that have been chosen, who will be the part of the team that will help to promote women in motorsport.

We’ll leave the last few words to Alexandra herself, as she realizes just how many more steps are needed before hitting the desert: “As a result of the bootcamp, I definitely have a team of excellent women with the winning spirit but we now need the right training and knowledge to boot. So the next step is to convert ourselves into true UK Wildcats. “

For just a sneak peek for what is to soon become the six-part series chronicling the adventures of the team itself and how it came to be, you can also see the official trailer at http://t.co/RQp20VyThT.

Now the adventure can really begin for those that are wanting to make a difference not just in their own lives, but also to help better and enrich the lives of those less fortunate.