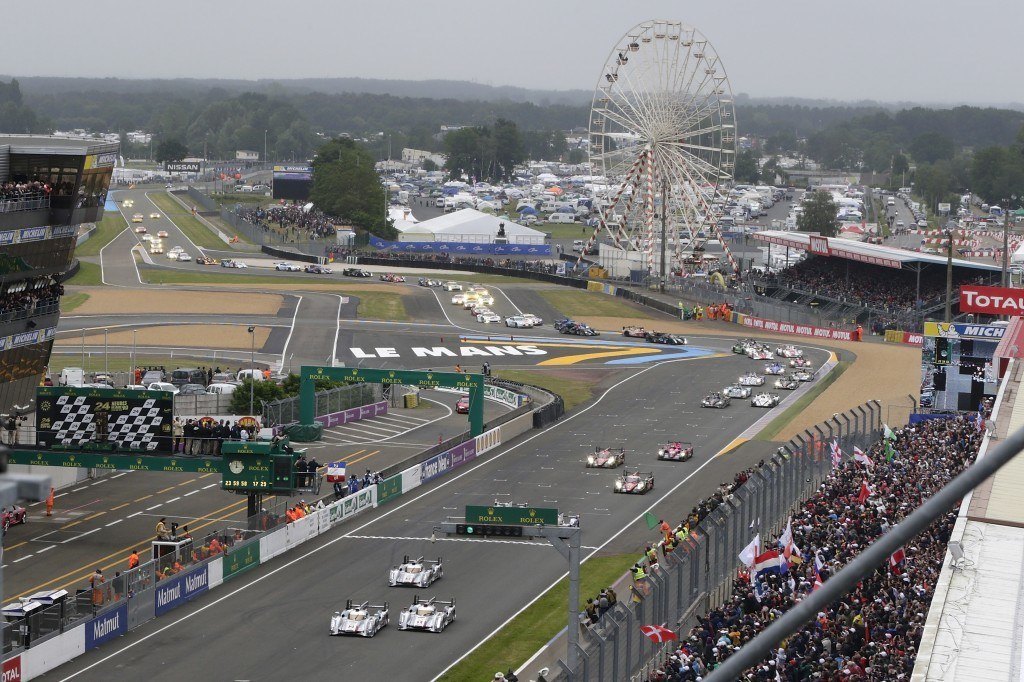 Le Mans is the crown jewel of the WEC (Credit: Audi Motorsport)

The premier endurance racing championship is set to get underway very shortly for its third successive season, as the FIA World Endurance Championship will enter the “danger zone.” The racing starts this coming Easter Bank Holiday at the home of British Motor Racing, Silverstone, as eight race weekends will decide the champions in the respective categories.

As the anticipation builds, there are many new changes that the teams in the LMP1 category will have to contend with, which intends to ensure the progression of the sport continues into a new era that the ACO and FIA have mandated. But with this comes less of a clampdown on overall performance, but the energy consumption is where the teams will be optimizing their cars.

Audi: The Ones To Beat. 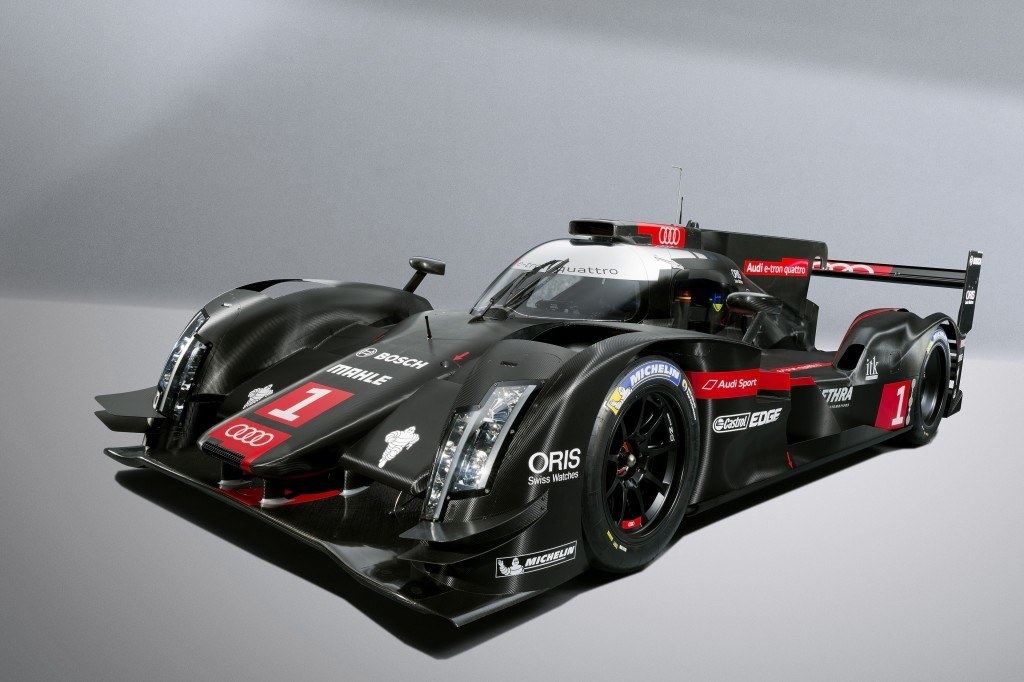 In the LMP1 category, Audi Sport will be the ones that will be focused on primarily, as they are currently the dominant force within the WEC, and look to extend their success even further. They are clearly the hunted, as a total of four other teams will look to take them off their throne.  The new R18 e-tron quattro, which was premiered at the end of last year is set to raise the efficiency bar even further.

Audi’s strength in their line-up is still one of the best in the endurance world, but one of their talismans has hung up his overalls as of the end of last season, as Allan McNish called time on his racing career as a World Champion. The 44-year-old now moves into a new role with Audi as a racing ambassador, with Lucas di Grassi now stepping up to the top team for 2014.

The Brazilian joins “Mr. Le Mans,” Tom Kristensen and Loic Duval, as they look to defend both team and drivers’ titles that Ingolstadt secured at the 6 Hours of Shanghai last year. The trio of Marcel Fassler, Benoit Trulyer and Andre Lotterer will remain as they are, and look to take back the title they captured in 2012.

The third R18 e-tron quattro that the team will run under the leadership of Head of LMP, Chris Reinke, will take its customary place at the 6 Hours of Spa and the 24 Heures du Mans, as Oliver Jarvis, Marco Bonanomi and new WEC recruit Filipe Albquerque will pilot this car during both outings. 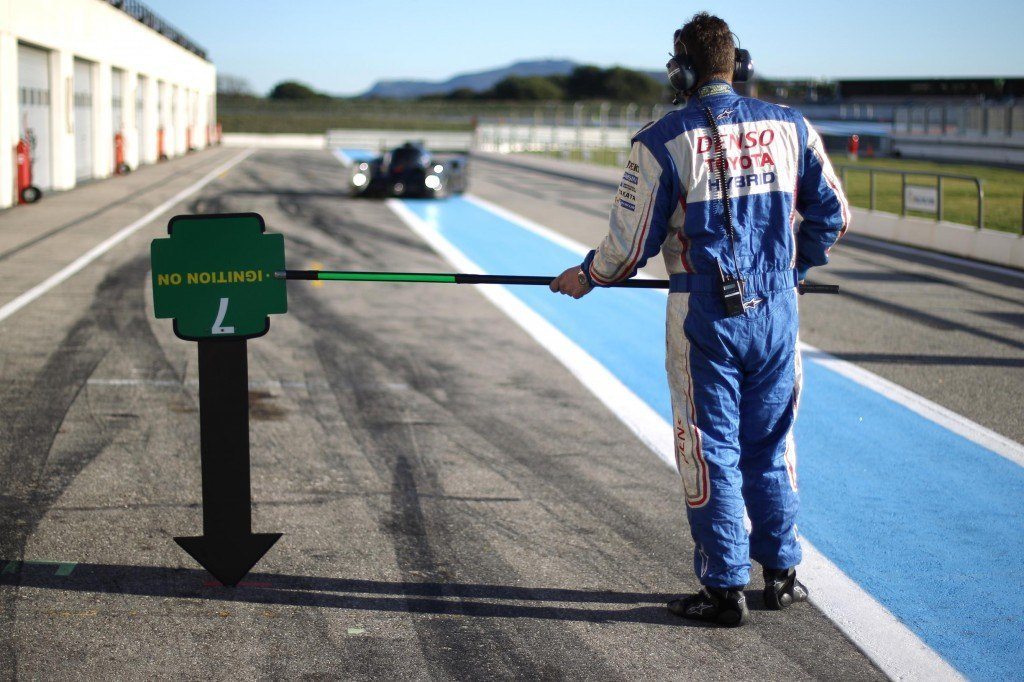 The Japanese manufacturer now goes into another campaign with its new beast, the TS040 V8-powered HYBRID, which will be unveiled just before the final test at Circuit Paul Ricard at the end of next month. The driver line-ups have been slightly changed with Nicolas Lapierre joining Anthony Davidson and Sebastien Buemi in the #8 car, which means that Stephane Sarrazin teams with Alexander Wurz and Kazuki Nakajima in the #7.

The new car has not yet been shown in its entirety, but the outfit has been providing teasers via photos and soundbites, but sounds as a racing car should. One of the main factors regarding Toyota is that they have shown speed in the last two seasons, but will their strategy come to the fore if Audi starts to faulter.

They have a very experienced line-up with all six drivers and both cars, who have shown that Toyota have been almost there, but it has never been quite enough, especially when the brand with the four rings run away from the rest of the field. 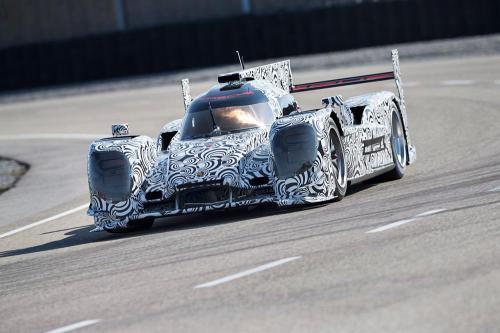 The 919 is ready for action and could be the young upstart (Credit: Porsche UK)

The biggest news that came thundering down on the world of the WEC was the announcement that Porsche was to make its return to the LMP1 category with a works outfit that would be able to take advantage of “carte blanche,” when it came to the interpretation on the new rules regarding efficiency.

Weissach have assembled a crack team of personnel including their drivers as well for this assault, even though they are saying that it will be a development year. One of the names that is making his return to the world of sportscars is former Infiniti Red Bull Racing driver, Mark Webber, who along with Brendon Hartley, Marc Lieb, Neel Jani, Romain Dumas and Timo Bernhard, will look to be competitive from the early goings.

The latter two have knowledge of one of their opponents, as both Dumas and Bernhard have worked with Audi in years gone by, and their knowledge will help the team. The car itself is a revelation, as LMP1 technical director Alex Hitzinger said that using a two-litre V4 engine was to help with the main structure of the 919 Hybrid itself, as well as how the car was to be put together and weight was to be limited as much as possible.

The Rest Of The Pack.

The Rebellion Racing team is back with two new R-Ones, that will be powered by Toyota, which was a joint venture with prototype vehicle specialists ORECA. The Anglo-Swiss team decided to not venture into any hybrid technology on what is to be a brand new vehicle, which was a decision made early on in the development and construction of the new car.

This could have been as a result of timescale coming into play, but they have moved on from the Lolas that they were using last season, so as to move forward with the regulations. Hybrid tech will have to be a part of their plans from 2015 onwards, but there is still time to develop the car as it is.

Strakka Racing have decided to move to LMP2 this season, having decided that it would be more of a benefit to them, having raced in the top tier for the last two years, but Nick Leventis will be leading their driver line-up for 2014. The Lotus effort, which is under German ownership will therefore be moving up, with just one T129-AER making it nine respective cars in the category for this year. Christian Albers, who had put his hat into the ring of Formula One in years past, is confirmed as their lead driver for the campaign.

Strakka will have to fight against the likes of the returning KCMG squad, who look incredibly hungry for success, as well as OAK Racing and G-Drive coming along to play.

Efficiencies Set To Change The Action?

Some of you may think that efficiencies in racing, like Formula One, may dull down the action, but when you think about it, the WEC is incredibly relevant when it comes to mainstream road car technology, so there was further challenges when it came to what the governing bodies and the teams agreed upon, so they were all looking for the next step forward.

Evolution and revolution when it comes to the exacting standards of technical regulations that are made to challenge those that make these wonderful racing machines and push the boundaries to the limit. So those that can make it work on track will stand to benefit, whereas those that go beyond the thresholds and tolerances will be penalized up to a maximum of a sixty-second stop and go penalty.

There are a variety of configurations that the teams have been able to apply as per the regulations, and there is also a maximum threshold regarding the amount of energy that can be recovered for the drivers to have at their disposal.  So it is a case of seeing who gets on the best foot forward when the tyres run onto Silverstone in anger for the very first time.

There will also be the plethora of GTE Pro and GTE Am cars that will be hitting the track and making their case known, with teams such as Aston Martin Racing, AF Corse Ferrari and many others. There are those that will stay and those that will move on from the WEC, however the excitement is building as the track beckons with battle lines soon to be drawn…