What Car Reveals Car of the Year Shortlist 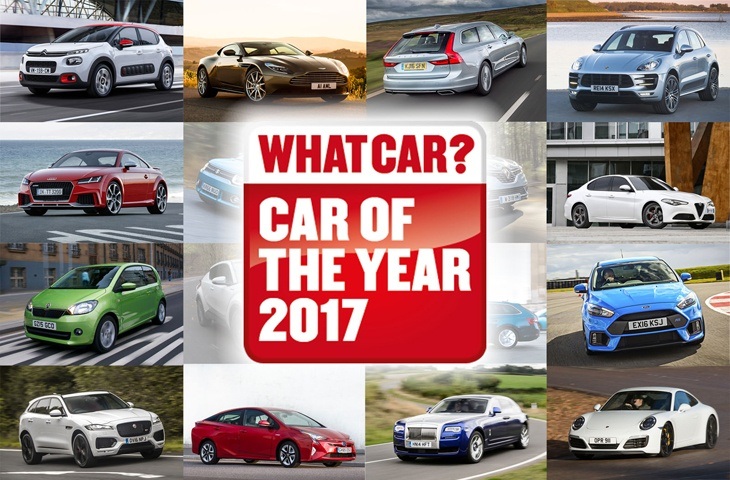 What Car? has revealed that there are 43 all-new cars on its shortlist for the overall title of Car of the Year 2017 which will be announced tomorrow (Weds 11 January).

Of course, we will be letting you know which model has made it to the top slot, but it is an interesting shortlist that can be seen as not only a view of the future for UK cars on the road, but also as a review of 2016 as a "diverse spectrum of talented new cars compete for the top prize, from the nimble Ford Ka+ city car to the likes of the luxurious Mercedes-Benz S-Class Cabriolet."

The UK explosion in the SUV segment is well represented with no fewer than 13 new SUVs in the running for the Car of the Year trophy, and What Car? editor Steve Huntingford is delighted that the UK's drivers are showing the world that whatever type of car is driven on the roads in the UK, there is a place on the shortlist for it.

“Over the past 12 months, the global automotive industry has delivered nothing short of excellence, producing new cars that are ever more appealing as well as safer and better for the environment.

“Although we also await the announcement of our category winners, the all-new cars on our overall winner shortlist have all brought exceptional qualities to the market and richly deserve their place not only here but also on the shopping lists of motorists.”

The shortlist (and eventual winner) is drawn up by a panel of experts put together by What Car?, including their own journalists,  and the judges make sure that "only the cars that deliver on all fronts from driving dynamics and interior quality to refinement and value for money make the final list."

The What Car? Car of the Year awards takes place at London’s Grosvenor House Hotel on Park Lane on Wednesday, and the winner will succeed last year's champion, the Audi A4. There are also numerous awards throughout the night in individual categories, including the Reader Award, given to the most exciting car of 2017 as voted for by the public.

With the title of What Car? Car of the Year often a very accurate indicator of sales success, winning it places the car and its obvious talents firmly in the spotlight.

Many of the cars on the shortlist are also available* (or will soon be available) to lease from Nationwide Vehicle Contracts, so if you are thinking of switching to a particular car in the near future, or are thinking about leasing a car from us, click on the link for more information, or contact one of our Customer Service Representatives to discuss your options.

WHAT CAR? CAR OF THE YEAR AWARDS 2017 OVERALL WINNER SHORTLIST:

*With some models not yet released in the UK, some links are to the current models. Many of these new cars feature in a Blog article here.