Why Are UK Drivers So Angry? 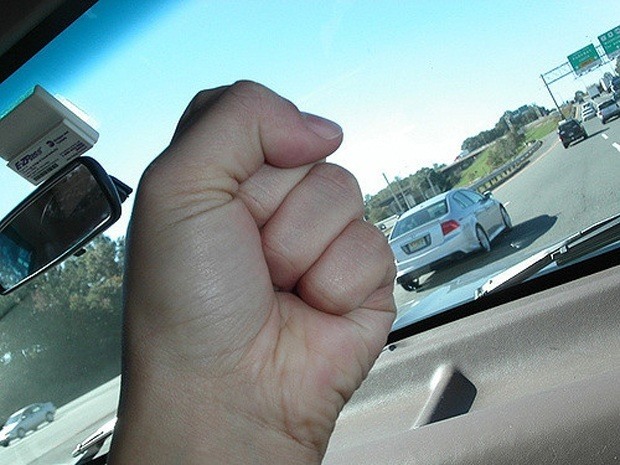 According to an article in the Daily Mail, Britain is the leading country in the world for road rage, with 80.4% of UK drivers being victims of it.

It seems that the instances of road rage have not decreased since that poll - at least if you look at the number of road rage incidents captured on film (normally via smartphones and dash cams) and then uploaded to social media sites, YouTube and even news sites.

Hence the rise of the 'cult' of Ronnie Pickering, which you can see below. BEWARE - The below video link contains very bad and offensive language and an aggressive confrontation.

The above video has been viewed over 2 million times, and highlights the problems faced by drivers of all vehicles, especially with road rage. In the Gallup poll, 20% of those interviewed said that they had experienced it more than 10 times, and an astonishing 70% that they had committed the 'offence' themselves.

And even though road rage itself is not a legal offence, the effects of road rage most certainly are.

Road Rage is described in Wikipedia as "aggressive or angry behaviour by a driver of an automobile or other road vehicle, with such behaviour including rude gestures, verbal insults, deliberately driving in an unsafe or threatening manner, or making threats. Road rage can lead to altercations, assaults, and collisions that result in injuries and even deaths, and can be thought of as an extreme case of aggressive driving." 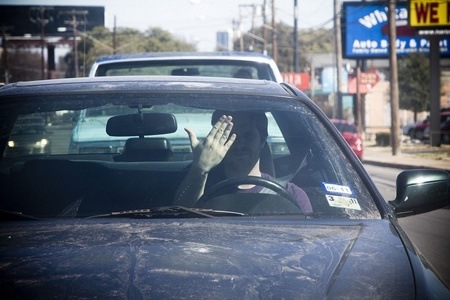 In the Gallup poll, the problems of road rage were highlighted by the fact that 60% of those people who admitted to committing it felt "fine" about it, adding that victims "deserved it", with only 14% showing remorse.

With the most common action being gesticulating (anything from a thrown up hand to middle fingers and V-signs), Edmund King, President of The AA speaking back then in his position as the executive of the RAC Foundation, said: "This survey is a revealing and alarming insight into some young drivers' attitudes. Road rage seems to be linked to congestion and stress, as most incidents occur in the busier towns and cities. Drivers should not respond aggressively to irritation on the roads. It may be tough on the streets but that's no excuse for raging against other drivers."

The survey also showed that road rage was likely to happen in the afternoon and evening, in a town, and mainly in south-east England, although it affects us all over the UK at some time.

Although there are many ways of showing frustration when in a vehicle, a simple tut is a lot safer than road rage, because when you look at the list below, which details many ways in which driver anger can be expressed, it is worrying just what can happen when the red mist descends - not to mention downright dangerous.

Obviously the latter actions on the list are far more serious than others, but all actions can be deemed as aggressive and threatening to other drivers, and can lead to prosecutable offences. According to website No Penalty Points: "Drivers who shout and make gestures towards other drivers are not usually in danger of ending up in court, although they could. But if the road rage turns into violence against another then this can be classed as common assault or battery." 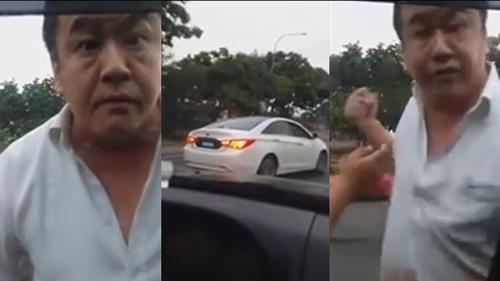 Courts in the UK have made it clear that these offences will not be tolerated, and the ultimate outcome for drivers who cannot control their tempers is a custodial sentence, with common assault carrying a sentence of 6 months in jail (although circumstances are taken into consideration.) And it is longer if the offence is upgraded to Actual Bodily Harm with a sentence of up to 5 years in jail if found guilty.

But even if there is no physical offence, under sections 4 and 5 of the Public Order Act 1986 a person can be charged with using threatening behaviour or using verbal insults and abuse, with a community penalty the likely outcome if found guilty, although fines and a short jail term are alternatives depending on the circumstances and severity, with the addition of possible compensation fees to the victim.

The main reason for road rage seems to be the actions of other drivers, as you can see from the list below from the RAC Foundation research, but there are other factors that can lead to a driver 'driving angry.' These include: 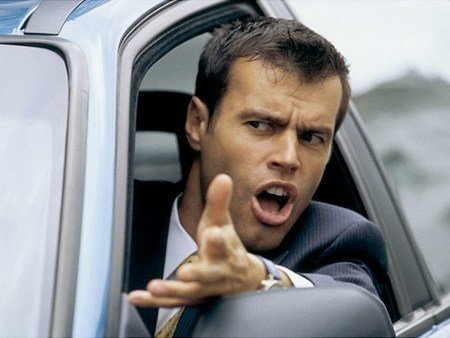 Although most people are very capable of handling this stress, and take it all in their stride as part of life on the road, others have low stress thresholds, possibly inherited from childhood where angry behaviour is part of daily life, and that is when road rage comes into play - especially when other drivers:

The research, although conducted 10 years ago, is still as relevant today - even more so with the proliferation of dash cams and other recording devices such as cyclist cameras on helmets that can record incidents and get them available, not only as evidence in court, but online in an instant - although other research results such as the likely victim of road rage (a driver of a blue or red Vauxhall or Ford on a hot day during the rush hour in a city), and the likely aggressor (aged 20-30 and driver of SUVs or a 'White Van') may well have changed.

How to avoid Road Rage

Obviously, there are people out there for whom temper control is an issue, and if that person is you then maybe a stressful driving situation is to be avoided. Anger can be controlled and is something that drivers need to do, because they are in charge of what has the potential to be, to all intents and purposes, a killing machine.

And the sooner this is realised, the sooner road rage can be controlled.

Do all this and your journey will be a good and safe one!